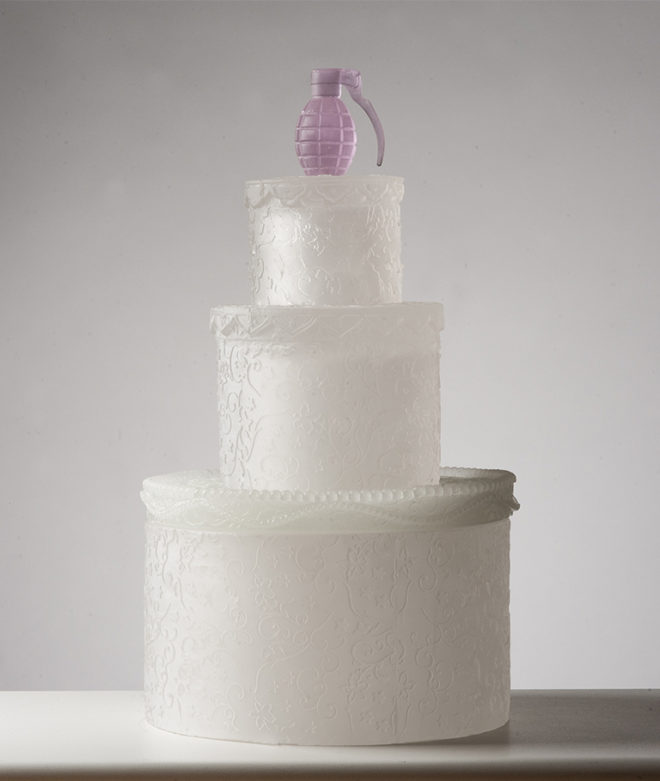 Silvia Levenson, "Until death do us part," 2014. Kiln-cast glass. H 21 1/2, W 12, D 12 in. courtesy: bullseye project. photo: marco del comune.
Argentinian-born artist Silvia Levenson and Italian glass master Bruno Amadi have just been announced as the recipients of the 2016 Glass in Venice Prizes. Supported by the Istituto Veneto di Scienze, Lettere, ed Arti and the Fondazione Musei Civici di Venezia, the Glass in Venice Prizes have been honoring outstanding glass artists for five years. Each year, two prizes are awarded: one to glass masters who have “distinguished themselves in glass art in the wake of the Murano tradition,” and another to international glass artists “who, using different techniques and methods, have chosen glass as their means of expression,” according to the Prize’s press release. The award ceremony will take place in the Palazzo Franchetti this evening, Monday, September 26th, at 5:30 PM. In addition, the work of the winning artists will be on display in the foyer of the Palazzo Loredan until October 24th, 2016. 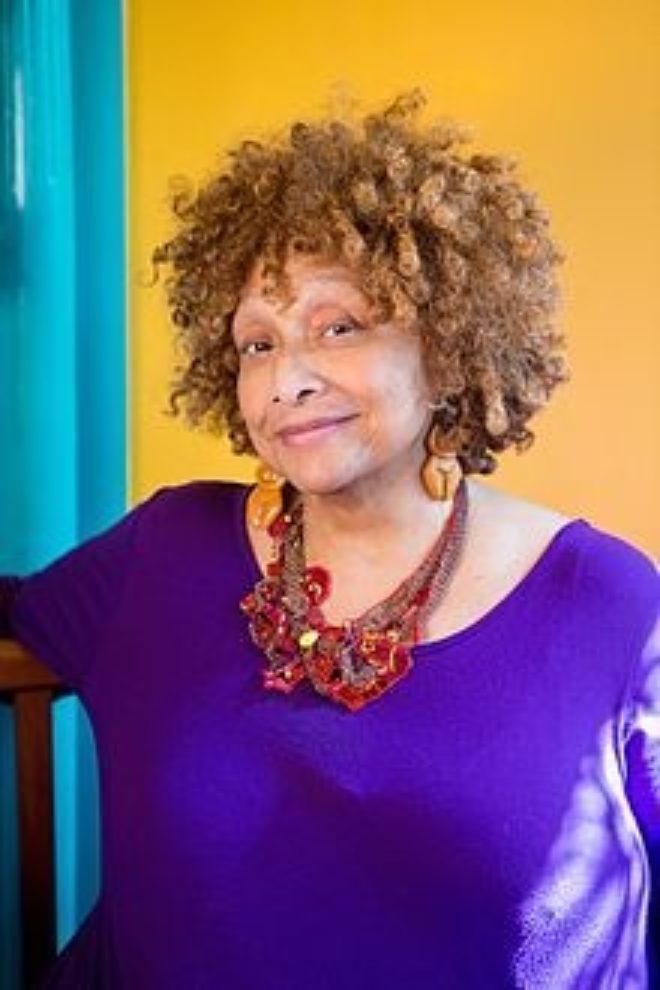 Joyce Scott at work in her studio. photo: john d. & catherine t. macarthur foundation
Joyce J. Scott, a prominent artist working with glass beads and blown-glass to create works that probe the nature of violence and racial politics, and who was featured on the cover of the Fall 2014 edition of GLASS: The UrbanGlass Art Quarterly (# 136), has been named a 2016 MacArthur Fellow, one of the most prestigious annual prizes in the world of arts and sciences. Also known as "genius grants," the fellowship comes with a $625,000 award paid out over five years. The honor is bestowed upon between 20 to 30 recipients each year, irrespective of their field or media, who "are breaking new ground in areas of public concern, in the arts, and in the sciences, often in unexpected ways," according to MacArthur president Julia Stasch. Scott is one of 23 fellows named for 2016, ranging from scientists to playwrights to musicians to visual artists. "Scott upends conceptions of beadwork and jewelry as domestic or merely for adornment by creating exquisitely crafted objects that reveal, upon closer examination, stark representations of racism and sexism and the violence they engender," reads the MacArthur website about Scott's work in particular. 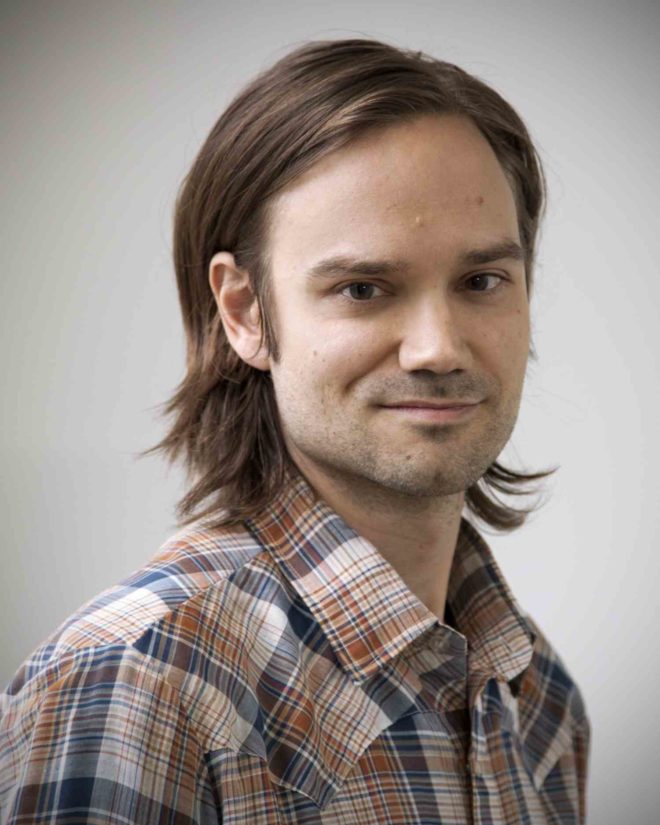 Thaddeus Wolfe has developed a signature method of casting geometric forms using a unique process involving sytrofoam forms. photo: joe kramm. courtesy: r & co, new york
Brooklyn-based artist Thaddeus Wolf has just been named the recipient of The Corning Museum of Glass’ 2016 Rakow Commission. Awarded annually to an emerging artist whose work has yet to be represented in the premier glass museum’s collection, the $25,000 award is designed to encourage “emerging or established artists to venture into new areas that they might otherwise be unable to explore because of financial limitations,” according to the official commission announcement. Wolfe's geometrically intricate mold-blown vessels will present many technical obstacles as he expands in scale. The choice of Wolfe for this honor provides some insight into the sensibilities of newly installed curator of modern and contemporary glass Susie Silbert, who has taken over this prominent role from recently-retired predecessor Tina Oldknow.

From the "Specimen" series by Connor Garton, first prize winner. photo: dave williams
The British organization known as the Contemporary Glass Society has announced its annual glass prize winners for 2016. A special 16-page publication entitled "New Graduate Review" featuring all the winners of 2016, as well as runners-up, will be published as part of the award, that includes a top cash prize of £ 250 (about US $329). Connor Garton of the University of Sunderland took first prize, Jade Tapson also of the University of Sunderland took second, and Becky Dennis of Nottingham Trent University took third. The full list of winning artists can be seen here. Judge and CGS board member Karen Murphy stated that the work made by these young men and women "represent a snapshot of the best of British art glass coming out of our educational establishments this year." 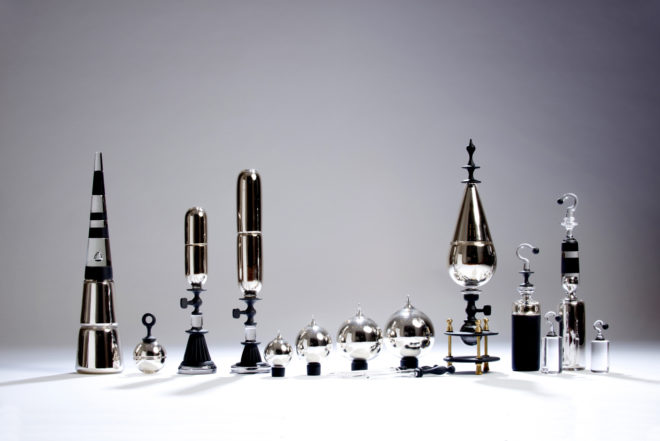 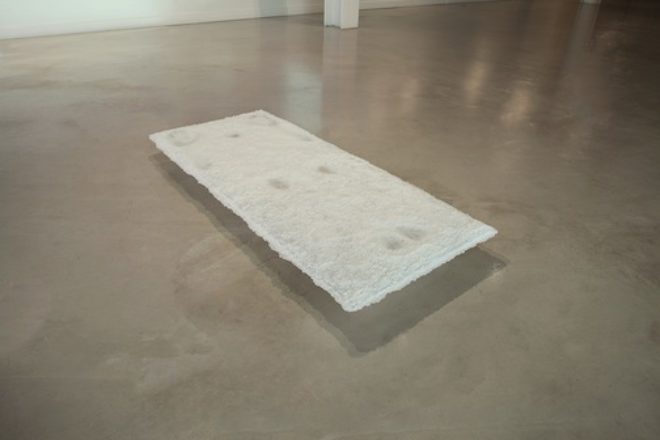 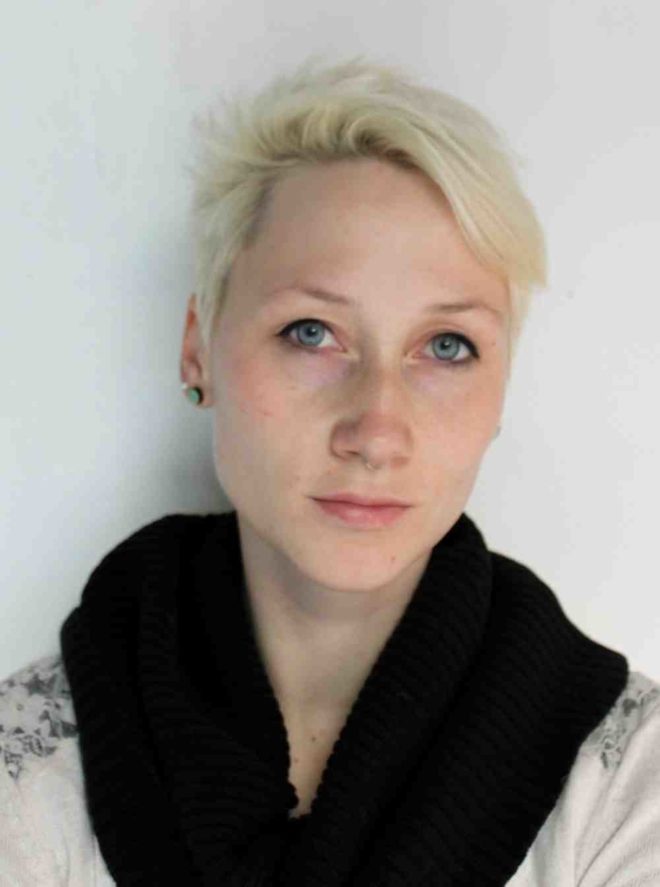 Anna Mlasowksky
A unique artist residency that offers access to industrial glasses and processes not usually available to artists, the Corning Museum of Glass Specialty Glass Artists-in-Residence for 2016 has expanded since Albert Paley's inaugural residency in 2014, and Tom Patti's in 2015. Earlier this year, Toots Zynsky was awarded this sought-after opportunity for 2016. Today, Corning announced the recipient of the second residency offered in 2016, this one going to German native Anna Mlasowsky who has already developed a reputation as an artist pushing the material in new technical and conceptual directions. Her residency is set to begin in late June and continue through the end of 2016.

Lesser known than their more commercially developed LED counterparts, OLEDs generate broad-spectrum light that is far closer to the light cast by incandescent light bulbs than the harsh whiteness associated with LEDs. An OLED is a sandwich made up of an organic material layered between two electrodes, and these layers are deposited (they can be printed with an ink-ket) onto a transparent substrate. The many advantages of OLED technology — better quality of light, potentially lower cost than LED if mass produced, cool temperatures, higher response times if used for displays versus backlit LCD screens — must be balanced against the comparatively shorter lifespan and changing color balance over time, problems that are being addressed by researchers. Advances in OLED engineering hold great potential for the technology not only for touch-screens (where they are already being used in some smartphones), but for ambient lighting as well. A new design competition co-sponsored by Corning Inc. and the OLEDWorks company, is seeking innovative lighting designs incorporating today's OLED technology, and is offering $10,000 cash awards as well as opportunities to develop prototypes for winning ideas.

The interior display area at JamFactory, Adelaide
When the Ranamok Prize was awarded for the final time in 2014, New Zealand and Australian artists lost the region's richest award recognizing the best work being done in glass. Today, JamFactory announced it would step in to fill the void with a new juried glass prize set to debut in 2016. Carrying an award of AU$20,000 (about $14,300 in U.S. dollars), the new biennial FUSE Glass Prize was born out of a lengthy discussion between the Adelaide-based art center and prominent glass collectors Jim and Helen Carreker. The couple are the founding donors for the prize in addition to six other individual collectors and a foundation.

The National Endowment for the Arts has awarded GLASS: The UrbanGlass Art Quarterly $15,000 for 2016, part of $27.7 million in arts funding the government agency is distributing to 1,126 projects across the nation next year under its "Art Works" major funding category. The Art Works program has a "focus on the creation of work and presentation of both new and existing work, lifelong learning in the arts, and public engagement with the arts through 13 arts disciplines or fields," according to the NEA announcement.