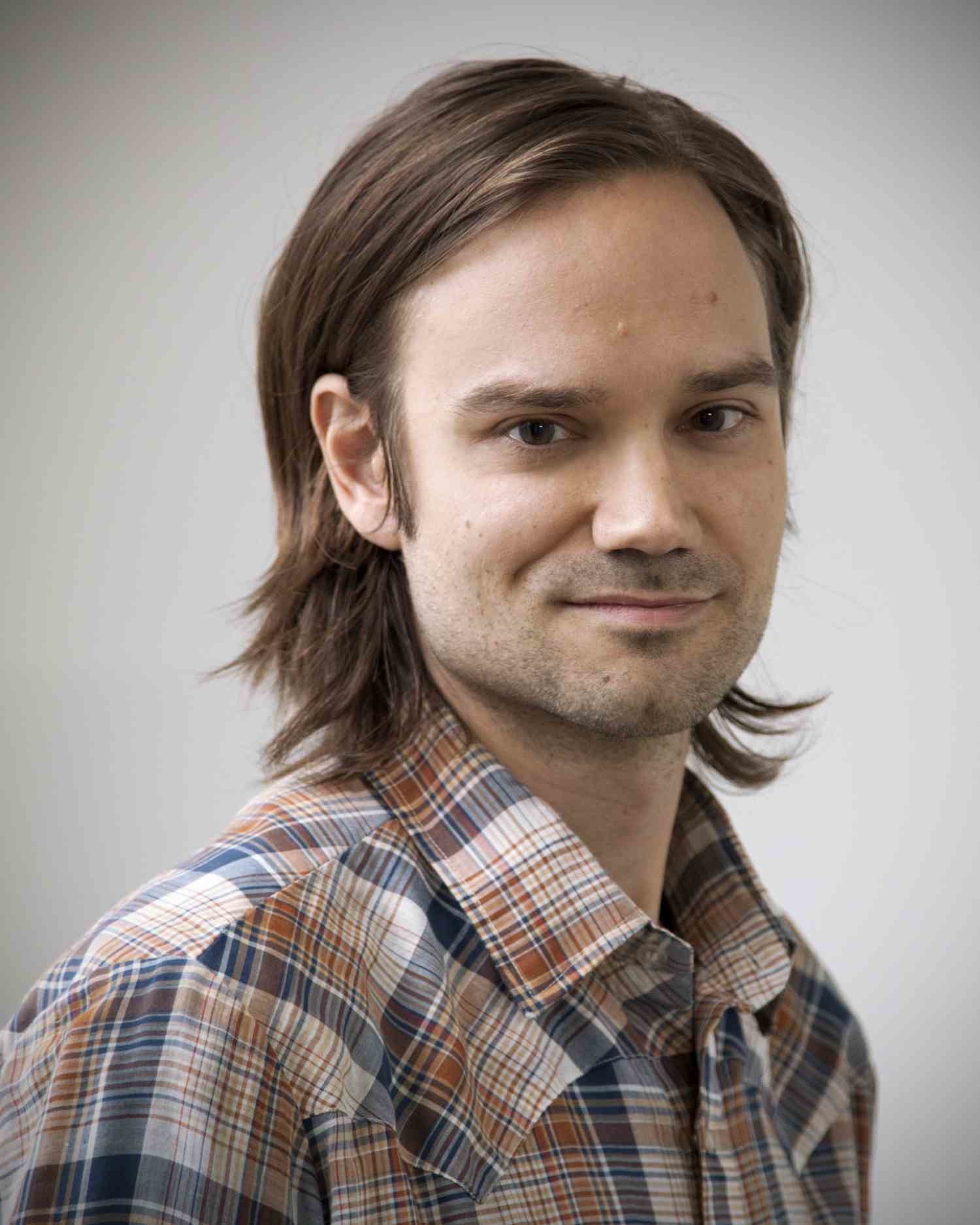 Brooklyn-based artist Thaddeus Wolf has just been named the recipient of The Corning Museum of Glass’ 2016 Rakow Commission. Awarded annually to an emerging artist whose work has yet to be represented in the premier glass museum’s collection, the $25,000 award is designed to encourage “emerging or established artists to venture into new areas that they might otherwise be unable to explore because of financial limitations,” according to the official commission announcement. Wolfe's geometrically intricate mold-blown vessels will present many technical obstacles as he expands in scale. The choice of Wolfe for this honor provides some insight into the sensibilities of newly installed curator of modern and contemporary glass Susie Silbert, who has taken over this prominent role from recently-retired predecessor Tina Oldknow. 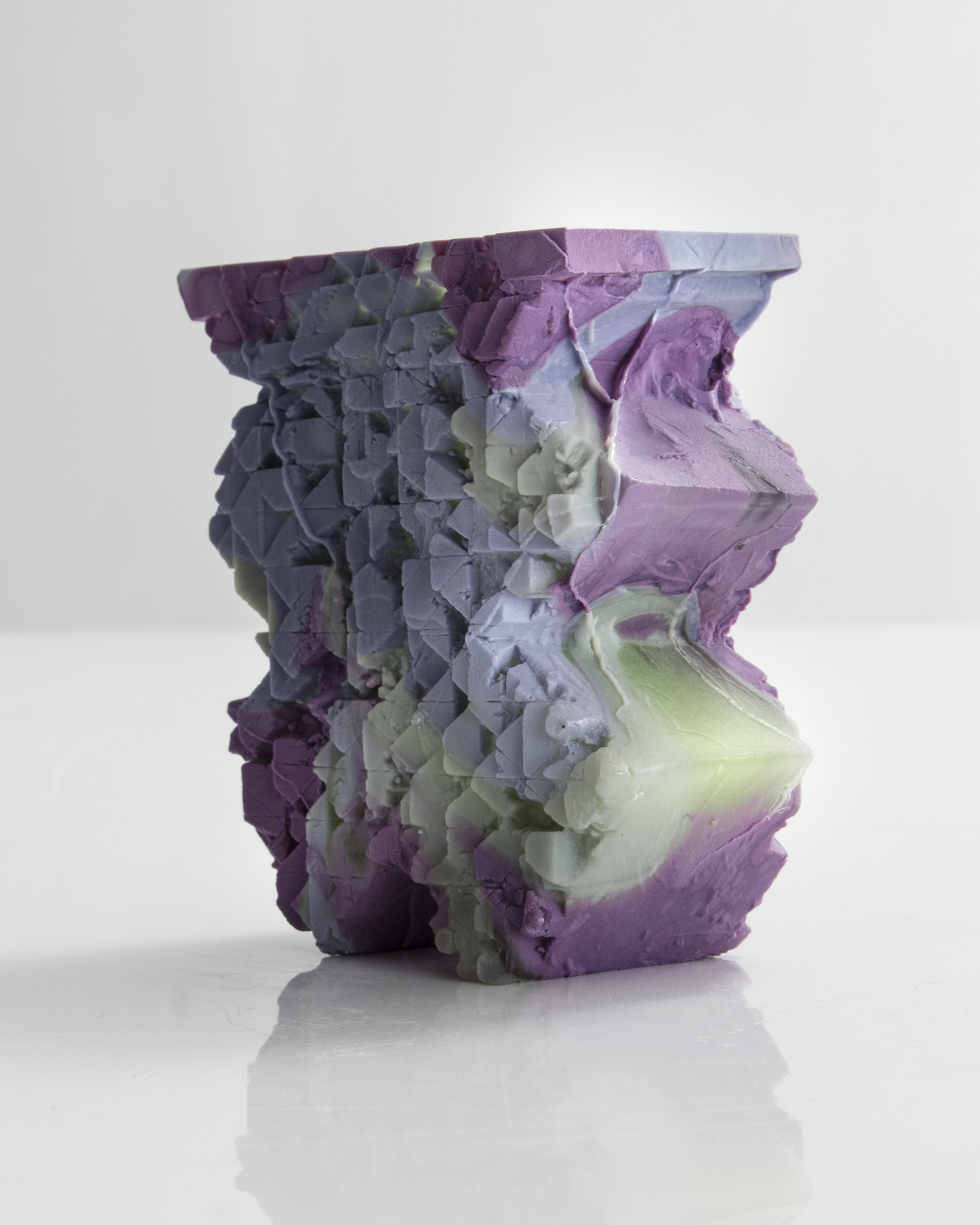 Wolfe’s colorful, jagged works are reminiscent of minerals — ones native to the alien world of the artist’s imagination. “I think of my work as being composed of imagined crystalline forms and architectural structures made in blown/cast-glass objects,” Wolfe said in the Corning announcement. “The pieces utilize formal elements of color, texture, pattern and smoothly polished surfaces to create a specific expressive, dystopian visual language.”

Wolfe's mold-blown, angular structures are achieved through his elaborate constructions of cut and glued styrofoam, which are used to create a plaster-silica mold. Once the styrofoam is removed, the glass flows into it in the kiln, a process requiring exacting attention to timing and detail to fill all the complex surfaces and achieve the unique coloration. 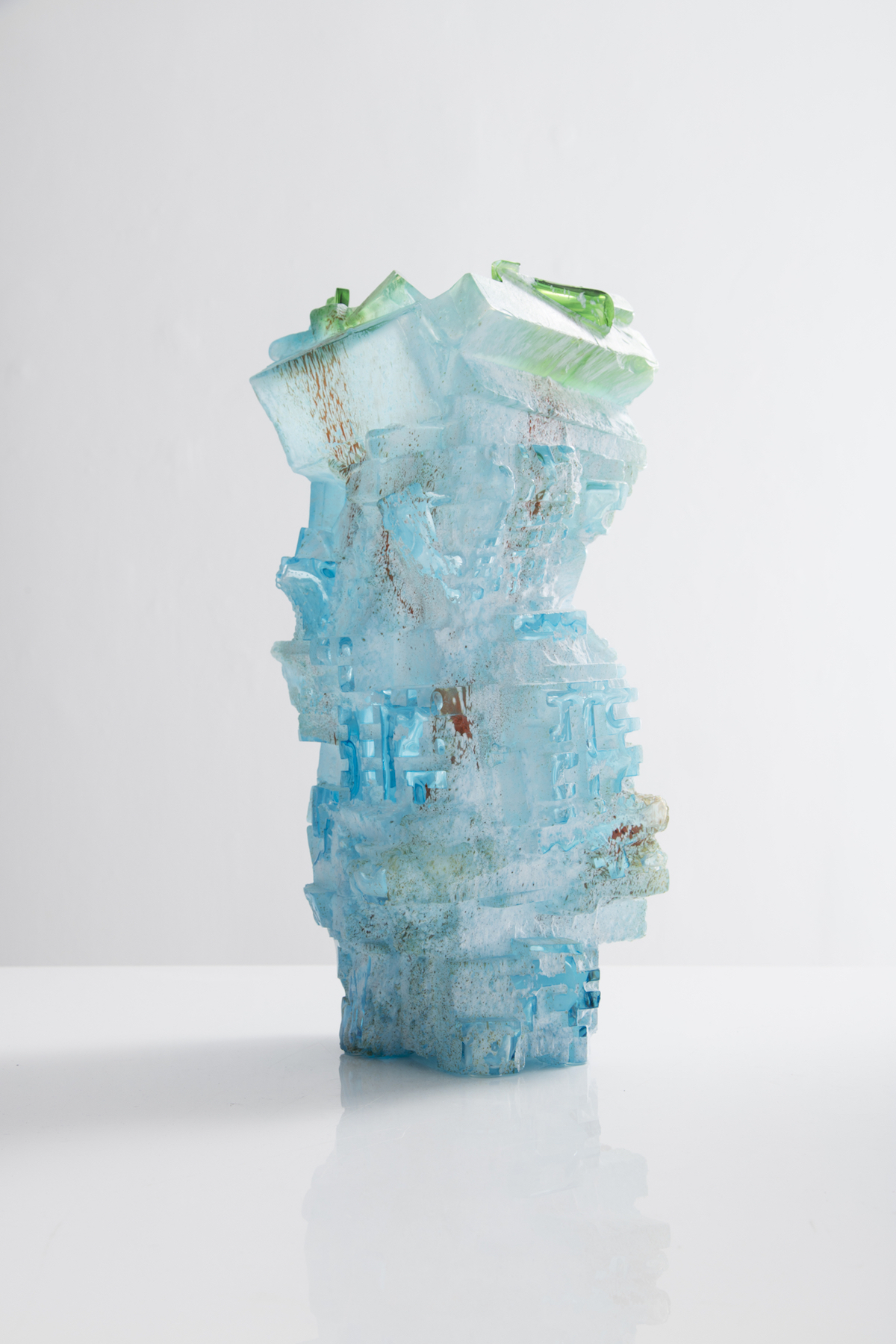 “Wolfe’s innovative take on the traditions of glassblowing demonstrate the vitality of contemporary glass, connecting it to the historical continuum while charting a new course for the future,” Silbert says in the commission announcement. “Wolfe’s ability to combine high-level craftsmanship and technical expertise with a progressive aesthetic sensibility is emblematic of cutting-edge developments in studio-produced blown glass. In a time where many of his peers are moving away from traditional forms in favor of installation and video and are supplanting glassblowing with alternate fabrication methods, Wolfe has succeeded in producing fresh, forward looking, blown glass vessels that build on the past to create the future.”

Having been raised in the birthplace of the studio glass movement, Toledo, Ohio — where Harvey Littleton held workshops that pioneered the techniques of non-factory glassblowing, and the Toledo Museum of Art built the first museum facility designed to teach glass working — Wolfe took on the tradition of his hometown. He studied glass at the Cleveland Institute of Art, before moving to New York, where he has served as an apprentice for glass artists Jeff Zimmerman and Josiah McElheny. Wolfe has held residencies at Pilchuck Glass School, the WheatonArts Creative Glass Center of America, and the Museum of Glass in Tacoma, Washington. His work has been collected by the Rhode Island School of Design Museum.

His upcoming Rakow-commissioned work will be displayed in the Corning Museum's Contemporary Art + Design Wing, and become part of the museum's permanent collection.