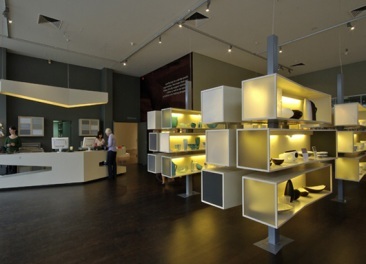 When the Ranamok Prize was awarded for the final time in 2014, New Zealand and Australian artists lost the region's richest award recognizing the best work being done in glass. Today, JamFactory announced it would step in to fill the void with a new juried glass prize set to debut in 2016. Carrying an award of AU$20,000 (about $14,300 in U.S. dollars), the new biennial FUSE Glass Prize was born out of a lengthy discussion between the Adelaide-based art center and prominent glass collectors Jim and Helen Carreker. The couple are the founding donors for the prize in addition to six other individual collectors and a foundation.

The inaugural prize jurors are Tina Oldknow, the recently retired curator of modern and contemporary glass at The Corning Museum of Glass; Robert Bell, the senior curator of decorative arts and design at the National Gallery of Australia; Margot Osborne, an independent author and curator; Lisa Slade, assistant director of artistic programs at the Art Gallery of South Australia; and Brian Parkes, CEO and artistic director of the JamFactory.

A full-color catalog of the winning artists' work will be published in conjunction with the prize, and an exhibition will run from May 13 through July 2, 2016 at the JamFactory gallery in Adelaide, after which it will travel to the JamFactory, Seppelstfield through September 18, 2016.

Open to artists residing in Australia or New Zealand, the prize is seeing entries to be submitted between February 1 through March 11, 2016. Full details about the prize and how to enter will be available via a new Website at www.fuseglassprize.com. A PDF with further details can be downloaded here.