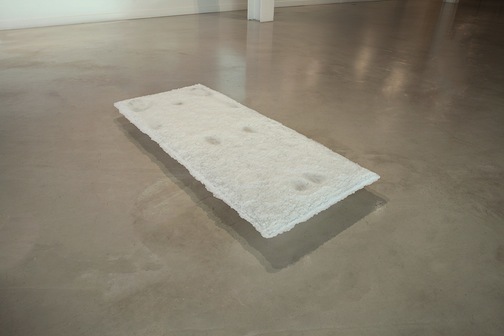 Winners will divide total awards of $22,000 in Bullseye Glass gift cards, and be honored at an awards ceremony. The winning works will be featured in a catalog and exhibited in "Emerge/Evolve 2016," an exhibition that will tour several venues before ending at the Bellevue Arts Museum. Bullseye has added "Evolve" 2016 to recognize previous recipients of "Emerge" recognition as they develop their careers. The "Evolve" component will include new works by previous "Emerge" award winners Rei Chikaoka (2010 and 2014), Matthew Day Perez (2008 and 2010), and Carmen Vetter (2006 and 2008).

The list of "Emerge 2016" award winners is as follows:

Silver Academic
Jeffrey Stenbom (Tulane University): To Those Who Have