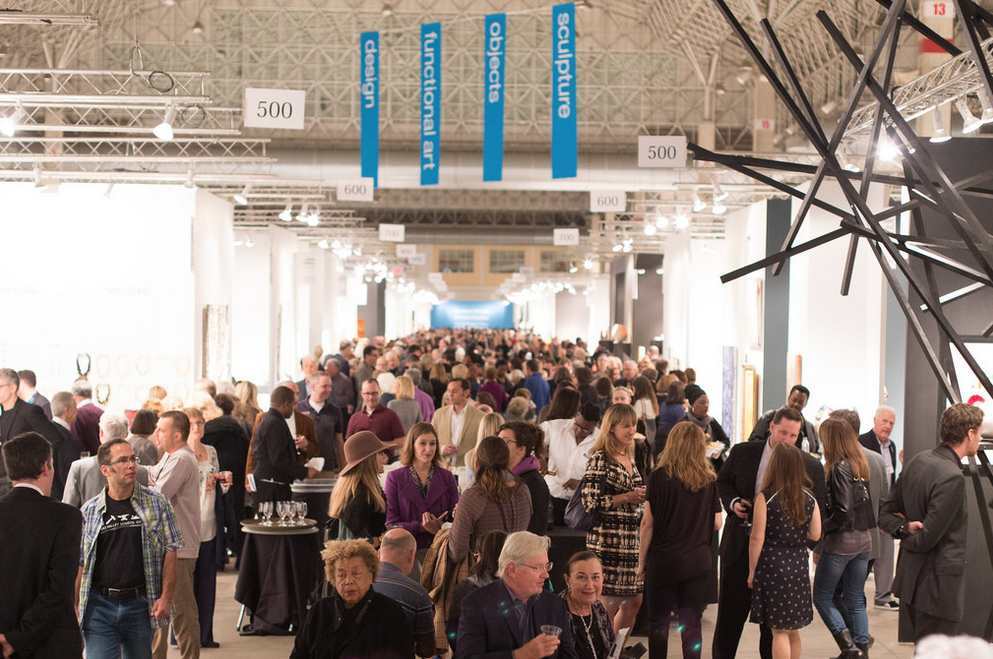 In the gallery above, the GLASS Quarterly Hot Sheet presents its annual "Red Dot Report," surveying works that sold at the SOFA CHICAGO art fair in early November. With the Chicago Cubs historic World Series win, and their celebratory parade the following Friday impeding access to Navy Pier, this year's SOFA got mixed reviews from exhibiting dealers. Maurine Littleton, owner of Maurine Littleton Gallery, in Washington, D.C. said that while this year's fair was better than last year, the pre-election contentious political climate and the Cubs crowds weren't helpful to sales. While the overall the fair was okay, it didn't match the really strong SOFA she had in 2014, said Littleton, adding that the two subsequent years have fallen flat. Kurt Nelson, owner of Palette Contemporary Art and Craft in Albuquerque, New Mexico, said that while the show was big enough this year, there was so much work in glass that it seemed almost saturated.

More than 32,000 people attended the 2016 Sculptural Objects Functional Art Fair, according to a post-fair press release issued by SOFA, and a total of 70 galleries exhibited their work in a variety of craft materials. “We are thrilled with this year’s fair, which was larger than previous years and strong sales reported by the galleries," said fair director Donna Davies in a prepared statement.

One of the more upbeat assessments from gallery owners came from Jim Schantz, owner of Schantz Galleries in Stockbridge, Massachusetts, who said that they've seen strong sales of Lino Tagliapietra works for the past two SOFA fairs. While much of the work sold at the 2016 fair was to established collectors, Schantz said the new, younger collectors they've been meeting gives them hope for the future. Vicki Winter, manager of Melbourne, Australia's Kirra Galleries saw improved sales this year, and felt that the overall market was reasonable.

But the enthusiastic reports on sales were not shared by all. Victoria Rosenberger, associate director at Wexler Gallery, said the Philadelphia dealer had a lot of follow-up to do this year as the show was slower than in 2015.

Corey Hampson of Habatat Galleries in Royal Oak, Michigan, had some of the most enthusiastic reflections on the fair. “Despite the residual wrath from an eventful Chicago weekend with summer-like weather, a jaw-dropping World Series, and the uncertainty of a volatile election, SOFA CHICAGO once again proved to be a dynamic and well-attended fair," he said in a prepared statement. "There was a tremendous amount of energy Opening Night where artwork by Michael Behrens and Wilfred Grootens from Germany, Peter Bremers from the Netherlands, Hiroshi Yamano from Japan, Janusz Walenenowicz from Denmark, Laura Donefer from Canada and Vivian Wang from China sold quickly.”