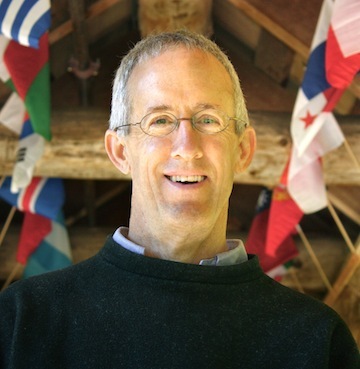 James Baker's leadership of Pilchuck began in the summer of 2010.

Effective February 2018, James Baker, who has served as the executive director of the Pilchuck Glass School for seven years, will step down from the top staff position at this influential Washington State arts center with locations in Stanwood and Seattle. Baker's appointment in the summer of 2010 ushered in a period of stability and growth at Pilchuck, after the brief tenure of his immediate successor, Arthur Jacobus, who resigned in December 2009 after taking over just a year earlier from the long-serving Patricia Watkinson. Under Baker's watch, Pilchuck added a Pioneer Square exhibition gallery in Seattle's arts district, while also upgrading and making its studios and shops in the main location in Stanwood more energy efficient. Pilchuck, and by extension Baker, was recognized with a 2016 Art Alliance for Contemporary Glass Organization Award, which specifically credited the leadership of its executive director. 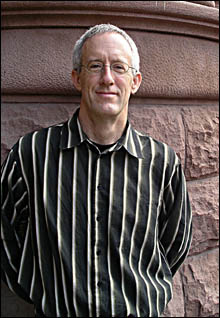 "My goal has been to honor its [Pilchuck's] enduring values while fostering new programs, facilities  and professional practices," Baker said in a prepared statement, citing Pilchuck's increased importance as glass is more integrated into the contemporary art world. "I am grateful to have been part of making these important improvements happen." Prior to joining the Pilchuck staff, Baker had served as president of the Maine College of Art in Portland, Maine, a position he had held since 2006, part of a three-decades-long career in arts administration.

"For the past seven years, he [Baker] has provided a vision keenly focused on change and opportunity, said Pilchuck's board president Kent Carlson in a prepared statement. "Thanks to his unwavering commitment, Pilchuck is now well positioned for continuing success."

The organization has started its search for Baker's successor, which it hopes to conclude by the end of 2017.