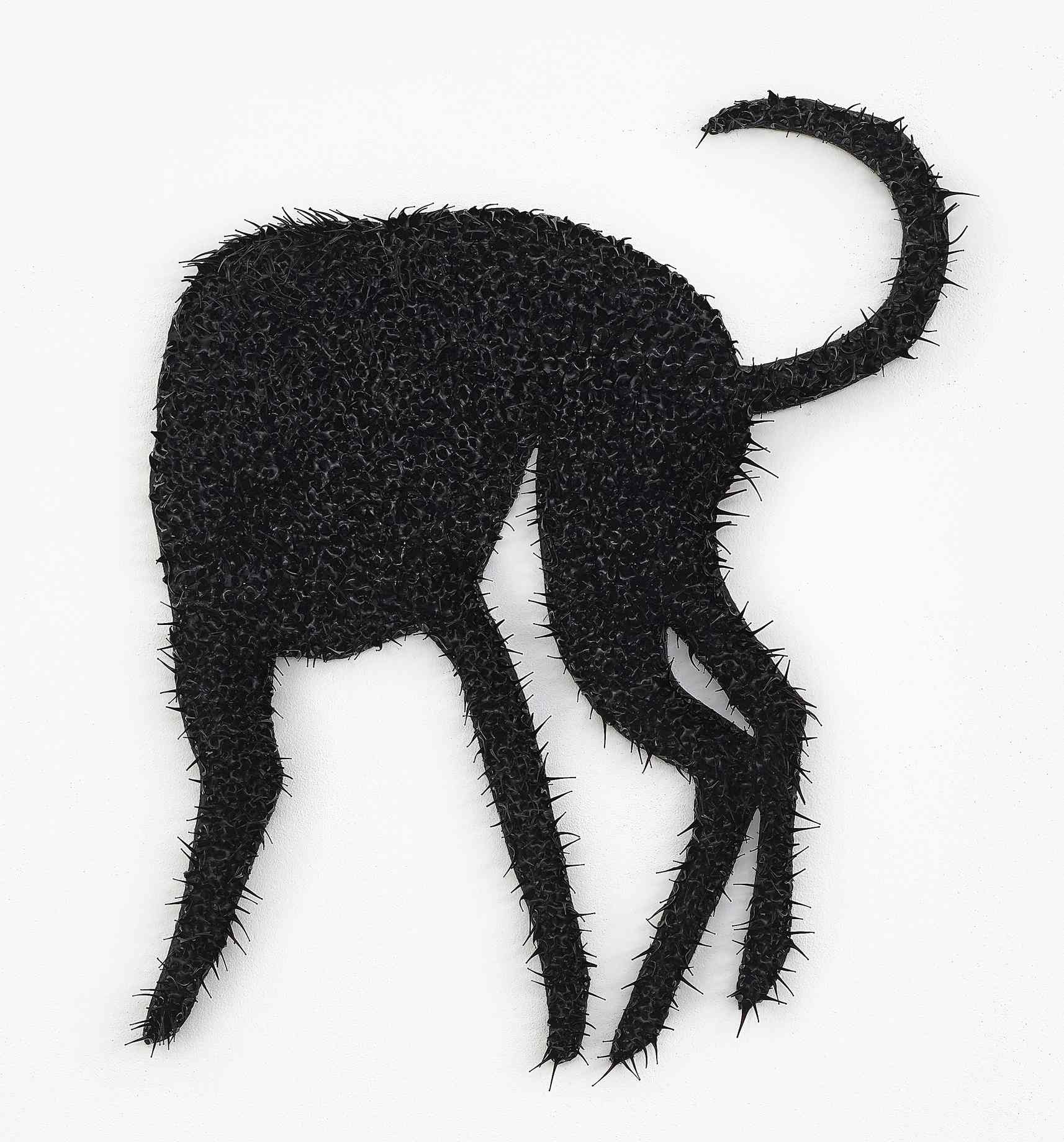 On Monday evening, when the Bakalar & Paine Galleries at Massachusetts College of Art and Design unveiled its new exhibition, "VITREOUS BODIES: Assembled Visions in Glass," it marked the first time glass art was displayed at this prime visual arts venue in the Fenway-Kenmore area of Boston, a cultural destination. Bringing together works by 13 multidisciplinary artists including Dan Clayman, who had spent the Fall semester at MassArt as a visiting professor, the show also includes work by an international group made up of Kanik Chung, Petah Coyne, Mona Hatoum, Timothy Horn, Michael Joo, Dafna Kaffeman, Jacob Kassay, Maya Lin, Lucy and Jorge Orta, Arlene Shechet, Thaddeus Wolfe, and Rob Wynne. Also debuting on Monday, but at a different location on the MassArt campus was a second work by Clayman, his largest installation to date. (Disclosure: Clayman serves as an advisor for the Robert M. Minkoff Academic Symposium at UrbanGlass, which is organized by GLASS magazine.)

In a telephone interview, Lisa Tung, the director of Bakalar & Paine and the curator of "Visions in Glass" told the GLASS Quarterly Hot Sheet that she'd noted the increasing use of glass as a medium for fine art for several years before organizing this exhibition. When she was consulted by James McLeod, the MassArt glass department head, who was exploring venues for a possible Dan Clayman installation (the Design and Media Center was still under construction at the time), Tung and McLeod were impressed by a lecture Clayman delivered about his 2014 installation he had just completed at Brown University.

Working alongside McLeod and Clayman on the installation project helped manifest Tung's interest, and led her to initiate a glass-focused exhibition at the gallery she directs.

“All of a sudden, I saw artists whom I never associated with glass working with it,” says Tung. “I saw media lines being broken down, the line between fine art and craft being broken down. I realized that it wasn't just a trend.”

Though a highly-regarded art venue in Boston, Bakalar & Paine Galleries are part of MassArt, which made it all the more fitting for Tung to present an exhibition focused on glass art.

“It’s important that our shows present new or little-known methods to the students,” she says. “We strive to inspire them, and also to expose them to things we see happening in contemporary art.”

When it came to selecting artists to showcase, Tung chose artists whose work she had been following and added a couple of others based on McLeod’s recommendations. Several of the featured artists, such as Arlene Shechet, Maya Lin, Petah Coyne, Mona Hatoum, and Jacob Kassay are not best-known as artists working with glass, and their inclusion highlights the multidisciplinary nature of the contemporary art landscape.

In choosing particular pieces for the show, Tung admits that she “fell in love” with some of the works, while others just seemed to make sense within the larger aesthetic.

“When deciding which of Thaddeus Wolfe’s vessels to include, it came down to what looked good together,” she notes.

Tung readily admits that, while early on in the curatorial process the exhibition’s tentative focus had been the idea of small parts comprising a larger sum, she shifted away from that aesthetic and the underlying concept became the medium itself, though she adds she was careful not to let the exhibition become a celebration of glass’s formal and decorative qualities.

“I worked hard not to have it be about pretty glass,” she says. “A handful of the works had underlying political messages. Petah Coyne’s abstract flower sculptures, for instance, were portraits of powerful women in history.”

The exhibition is notable for its breadth, and the caliber of artists who are included.

“We are an academic institution with museum-quality work," Tung says. "MassArt alumni have to wait seven years following graduation to be shown at Bakalar & Paine, because that space allows students and recent graduates room to aspire and hone their craft.” The only alumnus included is Timothy Horn, a 2004 graduate.

Through bracing in the range of artists included, Visions in Glass does come to rely on the well-worn curatorial trope of gathering disparate works that are united primarily by material itself, and the show’s promotional materials make much of the inherent qualities of the material — its reflectivity and translucence — rather than delivering a honed aesthetic argument. Still, if the exhibition's goals included showcasing some of the strongest uses of glass as a material of expression, Tung chose well.