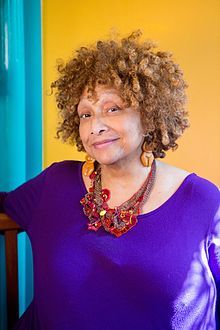 The Glass Art Society has announced that its annual "Lifetime Achievement Award for Exceptional Achievement and Contributions to the Studio Glass Field" has been awarded to Joyce J. Scott for her mixed-media work that takes on serious issues such as racism and violence. The artist association has also awarded artist and designer Wayne Strattman its "Honorary Lifetime Membership Award for Outstanding Service to the Glass Art Society." Both artists will be presented with their respective awards during the 2017 Glass Art Society Conference set to take place at the Chrysler Museum of Art in Norfolk, Virginia from June 1st to 3rd, 2017.

Scott, who was just awarded a MacArthur Genius Grant, holds a BFA from Maryland Institute College of Art and an MFA from the Institute Allende in Mexico. Her work was featured as the cover article in the Fall 2014 edition of GLASS: The UrbanGlass Art Quarterly (# 136).

Wayne Strattman is a former Glass Art Society board member and a generous supporter of the organization and the field. He has endowed the "Strattman Critical Dialogue" lecture series, co-funded the inaugural Technology Advancing Glass (TAG) grant, and run the annual neon exhibitions at GAS conferences since 1997. Strattman holds a PhD in glass from the University of Sunderland in England.