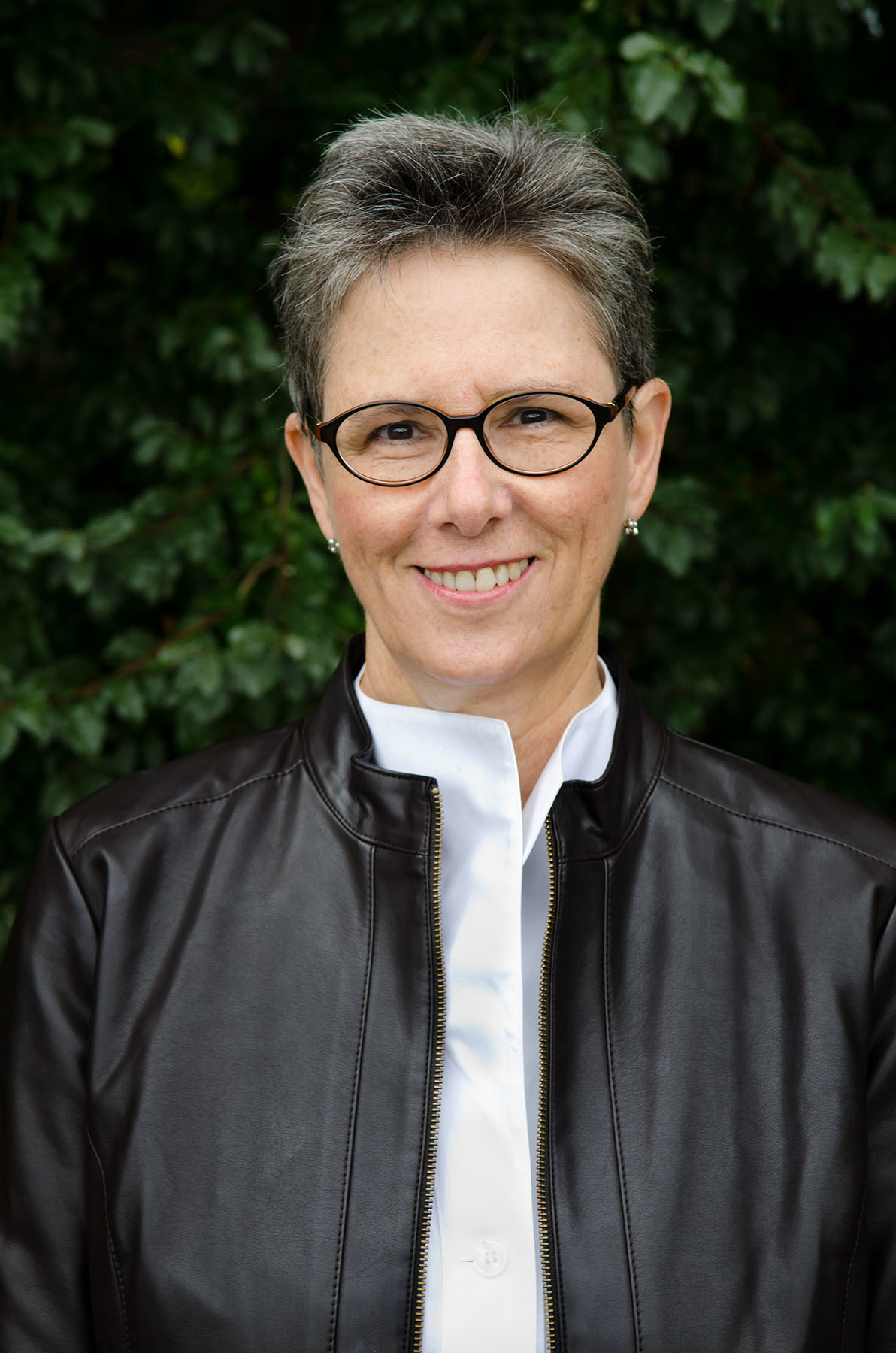 After a dynamic career spanning nearly 20 years (19 and three-quarters to be exact), Jean McLaughlin will retire as executive director of the Penland School of Crafts in December 2017. She will leave behind an institution far stronger financially, more accessible to the physically challenged, and with greater outreach to the North Carolina rural communities which surround this important craft school. And yet the school McLaughlin came to lead remains recognizable to those who remember it before her tenure, a sense of continuity which she was careful to cultivate and preserve in this organization that dates back to 1929.

When McLaughlin began her career at Penland, she knew that she wanted to support the artists, instructors and residents that work there and create the best environment possible for them to create freely. In a telephone interview, she told The GLASS Quarterly Hot Sheet: “I have devoted my career to helping artists make art, and I wanted Penland to be the very strongest place it could be to help artists realize their own creative potential, their own creative dreams. So I came in believing that I would be able to help shape programming and strengthen the school’s infrastructure, and I mean both the physical plant and the administrative structure.”

McLaughlin’s time at Penland was marked by several major accomplishments. First, she led the creation of a long-term “master plan” for the strategic renovation and development of the school. In following this plan, McLaughlin renovated most of the studios and built new studios for iron, wood, drawing and painting, printmaking and letterpress, and bookmaking. Artist, former Penland student and board member, Dan Clayman, who is currently teaching there, said in a telephone interview that the master plan in all its detail “shows, from my standpoint, such good leadership in saying ‘alright, we have this very specific agenda to move forward, and how do we do that?’ Because you can have the agenda, but then you have to dive into ‘how do we do that?’” 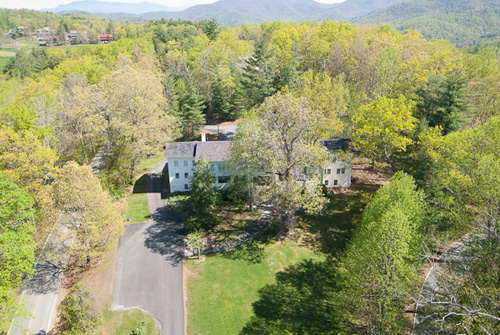 In order to plan so far ahead, McLaughlin took the time to talk with students and instructors about what they felt was necessary in order to fully realize their creative goals and ideas, and cited Penland’s instructors as an essential component in the planning and development process. “As we did the campus master plan, we asked a lot of people questions about what was needed at the school. The most important thing that people responded to was that our housing needed to be improved. So we did that conscientiously alongside the studios. But Penland’s mission is driven by our ability to provide the most dynamic learning environment, so the studios are central to our mission,” she said. Clayman said that this way of working with staff and artists to meet their needs and let them do the best work possible typifies McLaughlin’s career, from her building plans to the curriculum. “She just lets people do what they do best,” he said.

In addition to refurbishing and expanding the studios, McLaughlin’s administration also improved the safety of Penland’s housing by installing sprinkler systems as well as heating, which allowed for year-round programming to be implemented three years ago.

McLaughlin further improved the physical conditions of Penland’s campus by making it completely wheelchair accessible, no easy task given Penland’s rural location on the side of a hill. “That’s definitely been a challenge," she said. "We gladly entertained it. We believe that’s the right thing to do.”

Also expanded was Penland’s Community Collaborations program, which brings crafts education to the community, schools, and holds a children’s summer camp. “Our relationship with the community has dramatically changed, or grown,” McLaughlin added.

All of this would not have been possible if McLaughlin had not also made dramatic efforts to increase the school’s endowment. By the end of her career, the endowment will have grown from $2 million to $17 million. “We had two campaigns: one was called Preserve Penland, and then we had another one that was a campaign for Penland’s future, and together those campaigns helped us grow our annual giving and grow our endowment for programming and scholarships and facilities and helped us build or renovate these various structures on the campus that were part of those two campaigns,” she said. “We had a campaign committee, well in the last campaign we called it a campaign counsel, and we had volunteers that worked with the staff to identify priorities and to make donor calls and ultimately raise that money.”

Yet McLaughlin’s drive to preserve Penland does not begin and end with its buildings. She is dedicated to not only preserving its history (Penland was put on the National Register of Historic Places in December of 2003), but also the spirit and intent with which it was founded. She sees founder Lucy Morgan and her successor Bill Brown as key figures in how Penland was shaped into the institution of creativity that it is today. “I believe that they established this place of a genuine belief in the creative process and how artists need the best instruction, and time in retreat to realize dreams, to realize that creative work that can so often not come first in one’s life. And so this became a place that stood for that. And I feel like it’s very important to recognize from whence we all come and build upon a strong past,” she said. “It just makes us that much richer, to have the continuity and have the strong belief in the power of the past, but it’s not holding us back. We’re constantly looking forward. We’re very much about the contemporary work that’s being made.”

McLaughlin takes pride in her ability to improve the school without harming the creative roots from which it sprang, and the continuity that Penland has been able to provide to artists for generations. “I guess I’m the most proud of the fact that people can come back after years and years of being away, and people who have come to the school consistently over many years speak of the school as the very same place, and that in spite of the improvements it has not really changed; the spirit of the school, the mission and focus of the school has not changed. At the same time that we’ve made all of these improvements, we’ve held the core, the spirit of our being, intact,” she said.

Clayman agreed. Coming to Penland as a board member in 1999, just a year after McLaughlin became the executive director, and a student before that, Clayman has seen all the changes and upgrades that Penland has undergone over the past 20 years and still feels this sort of constancy at Penland. “The building program has been robust to say the least. It’s really incredible. And the nice thing is they all feel the same. You’ve got this modern architecture mixed in with this 1930, just-after-the-Depression, World War II-era buildings, and it still feels the same to me,” he said.

Creativity as a process and a concept are a core value to the school, and McLaughlin has insured that it remains secure in its sacredness for the duration of her career. An artist and overall creative individual herself, McLaughlin thrived on being a part of the creative, learning, and administrative processes all at once. She eats meals with the artists and talks through their work and thought process with them, she takes in their life stories, she admires their work. “I like to spend time with them and find out what they’re thinking about, and help write letters of recommendation for them. I like to help them think through and problem solve. I like to commission them to make things for me. They give me energy.” she said. Still, Clayman insisted, "She is not a micromanager."

McLaughlin further participates in this relationship between administration and creative energy by taking two-week classes occasionally and keeping up a digital drawing process in what little spare time she has, which she hopes to pursue full-time in her retirement. “I’m kind of pleased and surprised, she doesn’t seem nervous about the transition,” Clayman said.

Both with her art and her accomplishments, Jean McLaughlin is looking toward the future, preserving the past, and making the present the ideally creative place to be in every way that she can. “I’m thrilled to be leaving it in such good hands,” she said. “I love this place, I will always be devoted to it, and I’m quite excited about this next chapter in my life.”