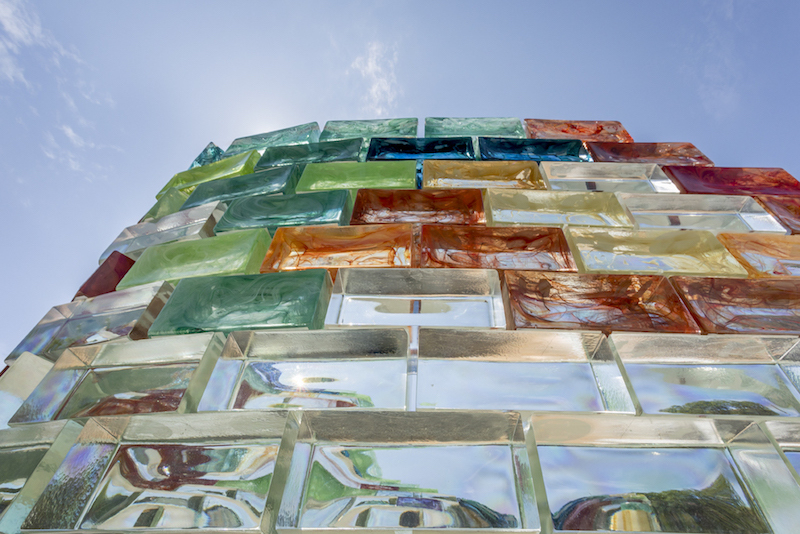 American artist Pae White’s newest work, Qwalala, is at once a visceral experience of color and a carefully crafted work of architecture. The outdoor installation, measuring 246-feet-long and almost 8-feet in height, is made of thousands of glass bricks winding in a snake-like form. The public art piece was installed to coincide with the Venice Biennale, and is part of a city-wide series of outdoor exhibitions across Venice, and was commissioned by Le Stanze del Vetro (which translates into “rooms for glass” in English), where it opened on the Island of San Giorgio Maggiore.

As previously reported on the Glass Quarterly Hot Sheet, Le Stanze del Vetro is an extension of the Cini Foundation, a non-profit research foundation for art, music and culture. Founded by Vittorio Cini in memory of his son Giorgio in 1951, the foundation has tried to reincorporate  the Island of San Giorgio Maggiore into Venetian culture after it had become run down by Napoleon's army and later the Italian army under dictator Benito Mussolini. 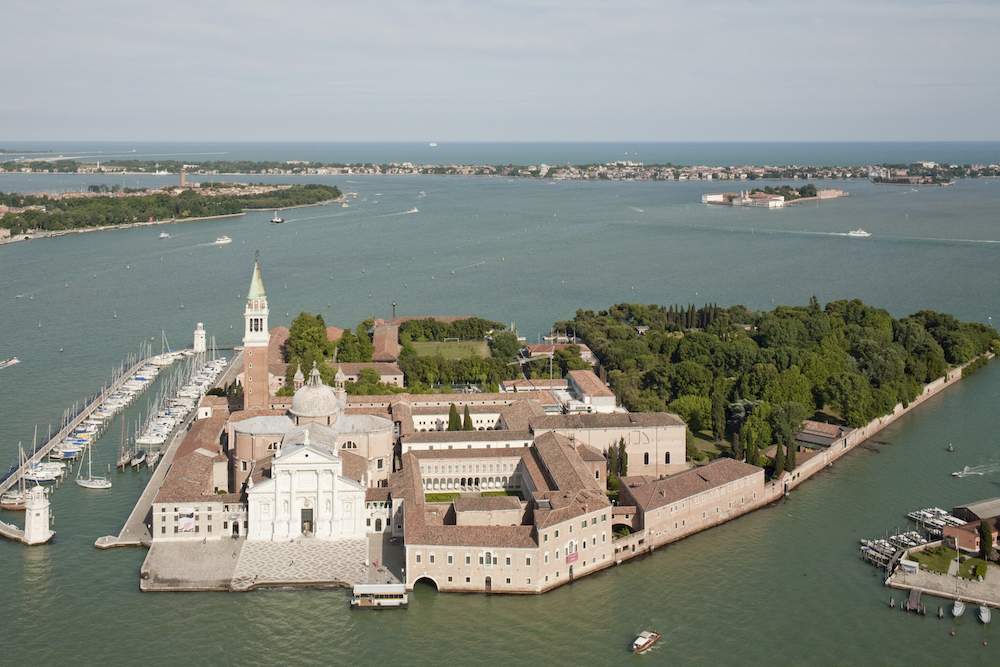 In 2012, the Cini Foundation refurbished a wing of an old boarding school on the island to create an exhibition space devoted to glass art, hoping to attract Venetians to the previously inhospitable space. The island also houses a library meant to become an archive of both Venetian and international glass art. The foundation aimed to revive the spirit of Venetian glass art and give it a place for the public to view and appreciate its raw aesthetic qualities. Qwalala marks the space’s second long-term installation after Hiroshi Sugimoto’s “Glass Tea House Mondrian,” marked the space's debut exhibition in 2014.

Qwalala, a Native American word of the Pomo people, can be translated into “coming down water place,” and references the wandering flow of the Gualala river in Northern California, describes the work’s meandering structure that mimics that of the river. Pae White herself is from California, now working out of Los Angeles. Her work often uses common items such as glass in combination with modern architectural technology that makes the structure innovative. Her use of space distinguishes her artistic style– she has been featured at the Los Angeles County Museum of Art, the Hirschhorn Museum and Sculpture Garden and the Whitney Museum of American Art. 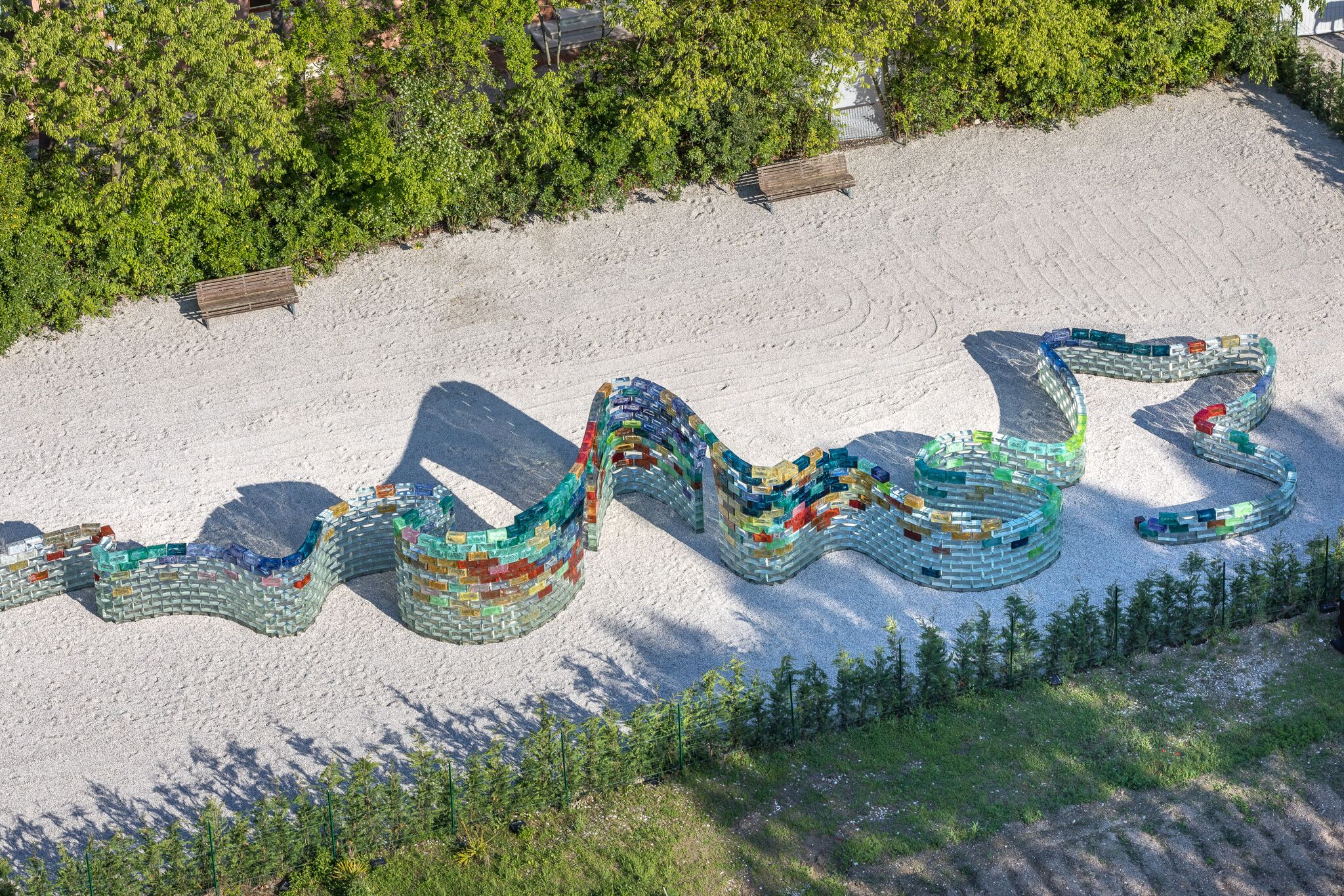 For Qwalala, White asked engineering firm schlaich bergermann partner to build steel beams on which to place the glass structure and she chose the exact path of the wall from thousands of computer-generated designs. The installation pushes the limit of glass’ fragility by using it as building material, blurring the line between art and architecture.

The 3,000 hand-cast bricks it took to build Qwalala test the ability of glass to create a work of architectural significance in addition to an aesthetically intricate piece of art. Half are made of clear glass, and the other half in 26 different hues. The colors of the bricks are a reference to early Roman glass art, which used a similar kind of palette. Although the large sculpture can be admired for its overall structure, each brick contains intricate details in its own right. Every single brick is unique and close inspection reveals swirling colors which give a painterly effect.

The installation, open through November 30, is accompanied by a book published by Verlag der Buchhandlung Walther Koenig.