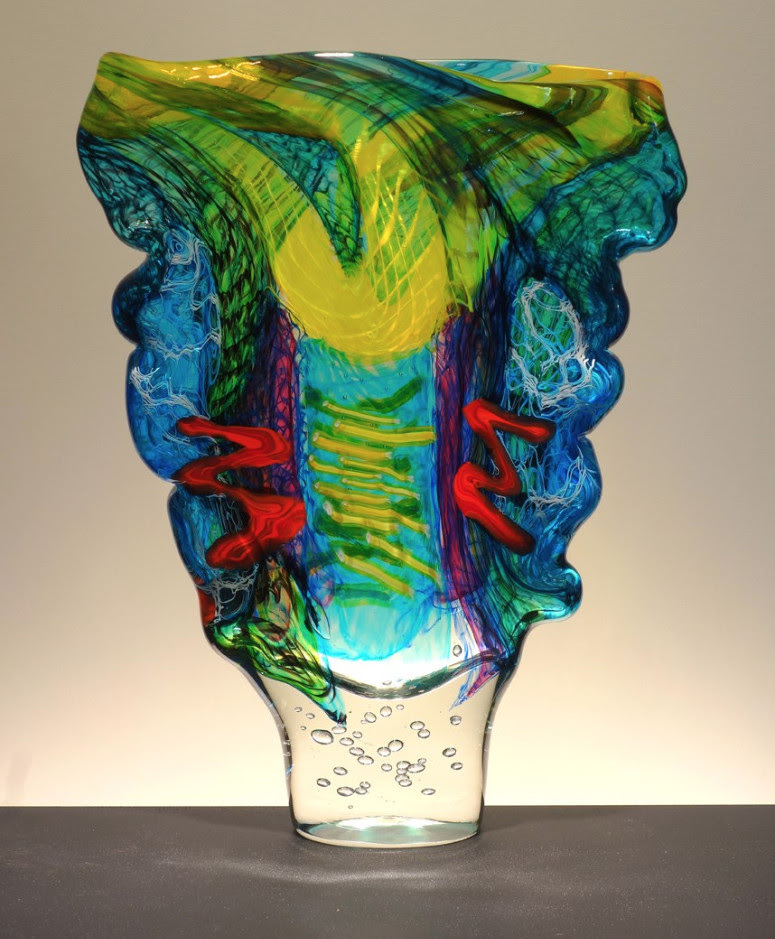 Noel Hart’s solo exhibition, entitled “The Rewilding,” will open at Tansey Contemporary's Santa Fe location on July 7th. The Australian artist's latest work reveals an evolution toward more transparency, a greater sheen to the glass, as well as more depth to the individual works. Inspired by his close observations of the bird life in the backyard of his home in the Australian rainforest, which is teeming with birds and is a showcase of biodiversity and species interaction.This daily intimacy with biological diversity has led to increasingly vibrant artworks. 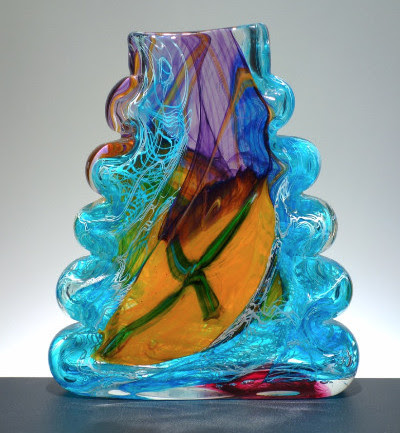 “He’s going into a more sculptural direction," said Tilly Badham, marketing director for Tansey Contemporary, in a telephone interview with the Glass Quarterly Hot Sheet. The new work also has a glassy transparent finish rather than an etched finish.” Hart, who was showing at Jane Sauer Gallery before it was purchased by Tansey four years ago, sees an increase in scale, and confident approach to color that betrays Hart's training as a painter.

Jen Tansey, who owns and runs Tansey Contemporary, said in an email exchange about the new works: "I believe they also mark an important shift in Noel's artistic approach to his work. We knew that Noel was interested in taking a new turn with his work and experimenting with new forms and we offered him a show this year specifically to support those efforts."

Tansey added that she supports Hart's work not only for its mastery of the craft, but also for the context of his work, which advocates for awareness about rapid species extinction. According to National Geographic, if current trends of human impact on natural life increase, it could lead to what scientists are calling the sixth mass extinction in Earth's history.

The multi-faceted Australian artist has long focused his painter’s eye on fighting species extinction, which is reflected in his work through the birds he incorporates in many pieces. Hart grew up in a city but moved in the late eighties to the rainforest of Byron Shire in New South Wales, where he draws inspiration from the nature around him, specifically the exotic species of parrots. In his artistic statement on his website, Hart credits his immersion in the natural world as the force behind his creative energy, and says also that the biodiversity around him is what inspires him to work across a variety of different media.

Hart and his team of glassblowers experiment with layering the glass colors that give the abstract illusion of bird feathers in a style that looks painted onto the glass.