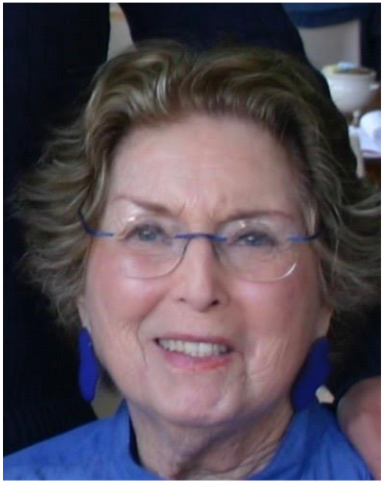 When Daphne Farago, a lifelong benefactor and supporter of Studio Craft, died on July 23rd, 2017, she left her collection of over 100 pieces to the Museum of Fine Arts in Boston. During her lifetime, Farago donated almost 1,000 objects to the museum, mostly made up of jewelry and textile pieces, though she also donated a substantial amount of ceramics, glass, wood, metal, and folk art. In 2012, she gave the museum their largest donation ever, totaling 161 craft objects. “Mrs. Farago really collected across the spectrum of craft,” Emily Zilber, curator at the Museum of Fine Arts, told the GLASS Quarterly Hot Sheet. “Her gifts have transformed what we do, and have really made craft much more visible at the museum because we have them.”

Farago has transformed the breadth of the MFA's Studio Craft holdings. She collected with the intent of acquiring work that encompassed the span of an artist’s career, finding pieces that showed an artist’s capabilities and unique style. “Once she had a map of a particular field — she wanted to have the best examples of the artists’ work — and relied on an intuitive understanding of career arcs and changes in the fields,” her son Alan told GLASS Quarterly Hot Sheet in an email exchange.

Zilber believes that this comprehensiveness is especially beneficial for young artists and art enthusiasts looking for inspiration. She said that having such an exhaustive collection of American crafts in the museum “really does something to enable younger artists, artists who are thinking about coming into the field, to be able to have not only a space to see this work, but really fantastic examples.”

Farago’s first collection, which she donated to the RISD Museum, was comprised entirely of folk art. She began collecting in the 1960s, Alan said, “when collecting was affordable.” Though she had no formal art education, she was drawn to he world of art by the stories it told and the people it represented. “She didn’t just buy for the sake of ownership;” he said. “To her, collecting was a creative enterprise that showed respect to the field of artists.”

As Farago’s collection shifted from folk art to crafts, she maintained the level of interest and respect that she had for the artists. In fact, the level of direct involvement and interaction that she could have with whoever made the work she collected was a factor in the decision to shift her collection, Alan said. This, combined with her eye for landmark examples of artists’ work, shaped her collection. Zilber said, “She had an incredible eye, and a real passion, not just for this field but for the people in it.”

As a collector with so much involvement in the art as well as the people involved in her collection, Farago saw collecting as her own personal form of self-expression. “She was determined, very knowledgeable and took the matter of collecting as a serious expression of creativity” Alan said. These creative skills lied both in her eye for quality early on in the careers of up-and-comers as well as in her eye for installation, organization, and overall context. “She did have an eye not just for people and for artists, and for great pieces, but also for thinking about how things might be elevated in the right context,” Zilber said.

This eye for important work and how to best present it is evident in her expansive collection, and the near 1,000-object collection and gallery in her name at the MFA will continue to prompt a public engagement with a variety of crafts and the people who make them, through the passion of a collector who aimed to inspire. “I think her passion and her vision was really unparalleled” Zilber said. “She’s been transformative in what we’re able to do as an institution, to make craft have a presence at the museum, and to engage people.”