The glass artwork of Dale Chihuly is taking center stage this month in the city of Norfolk, Virginia, site of the Chrysler Museum of Art Glass Pavillion. “Chihuly In The Garden”  at the Chrysler Museum of Art, is an outdoor installation currently on view in the museum’s waterfront garden, where it showcases Chihuly’s "Reeds" and "Marlins" in natural lighting outside of the confines of the galleries. The second place to see Chihuly's work is onstage, where it will be featured in two performances of Bela Bartok’s “Bluebeard’s Castle” taking place as part of  the Virginia Arts Festival (April 18th & 19th). The opera, which will be performed by the Virginia Symphony Orchestra and held in Chrysler Hall, will utilize six Chihuly sculptures as set pieces to the performance. 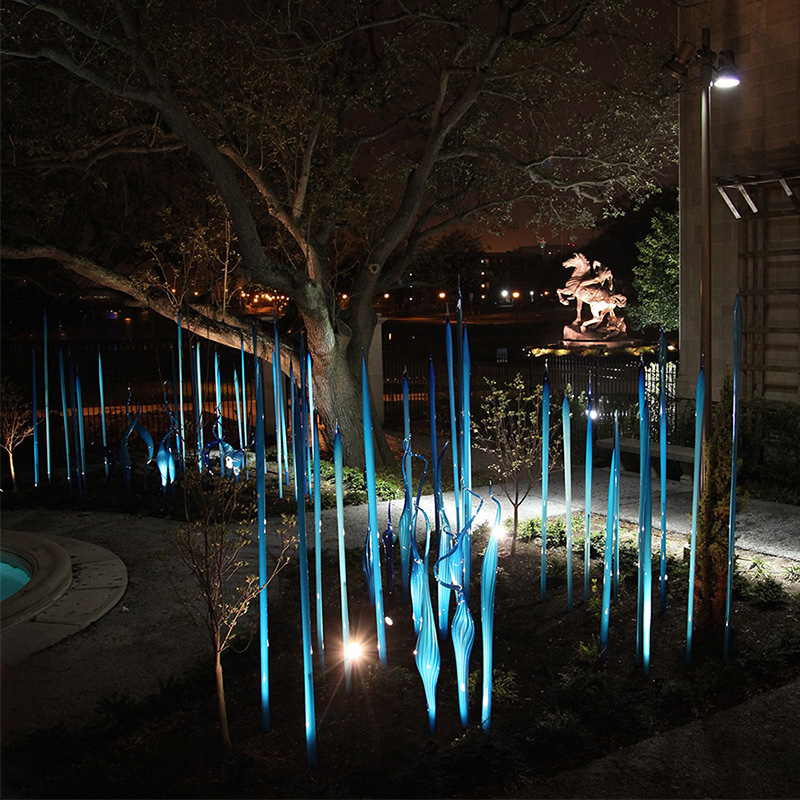 Now offering an evening experience of the spiraling works, the Memorial Garden will stay open later (10 AM -9 PM) on a daily basis so visitors can see the glass after nightfall. With free admission every day, observers can view the sculptures under natural sunlight as well as in the dark, when they are illuminated to dramatize the view of the turquoise-colored pieces. According to Chihuly’s website, the way light passes through the translucent material has always been something he has focused on, mainly on how it causes and alters color reflection. In addition, gallery talks led by a curator will be held every Wednesday during the length of the show. The process of the botanic setup can be watched here. 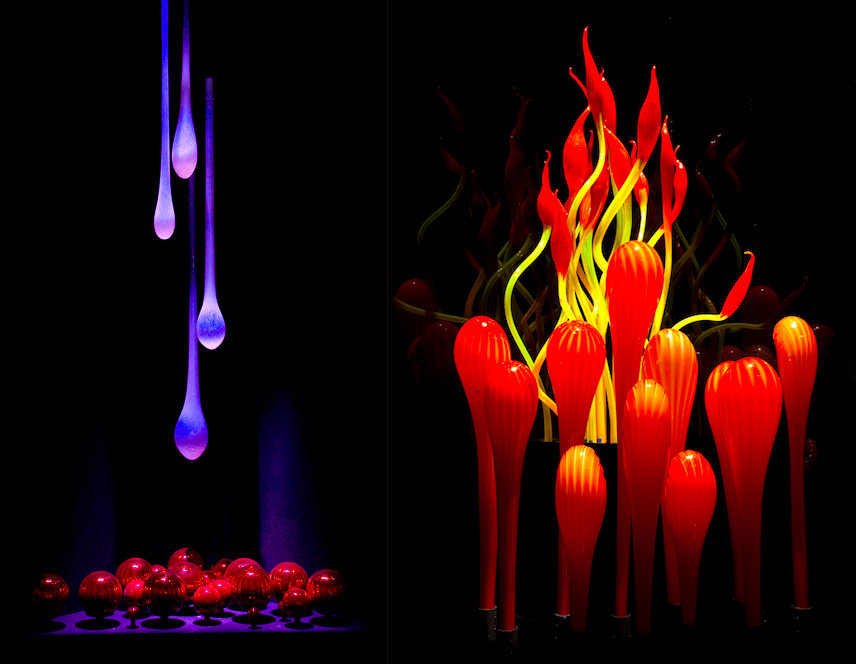 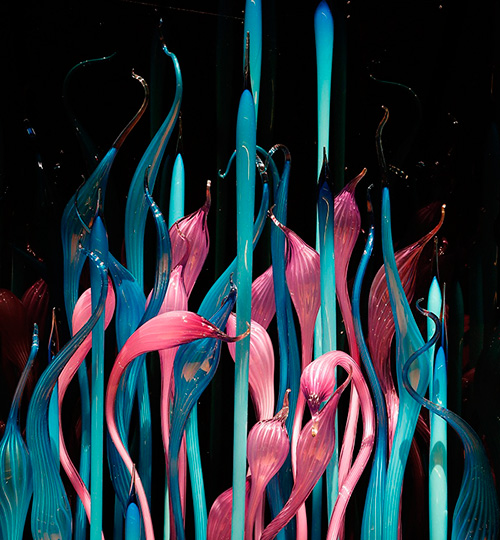 Specially made for the psycho-thriller opera in 2009, the two performances of “Bluebeard’s Castle” at the end of this week will incorporate six Chihuly pieces to uphold a visual role in the Bartok story. Symbolizing a plot object in the form of an intricate glass structure, the works will be concealed during the performance. They will “open up” one by one, representing a metaphor (a “Torture Chamber”, a “Garden” and a “Pool of Tears” being some of them), each one color-coded to its distinct symbol. The doors (9,000 pounds worth of Chihuly glass) rotate around the stage throughout the opera to help develop the plot. A preview of the performance can be seen here.