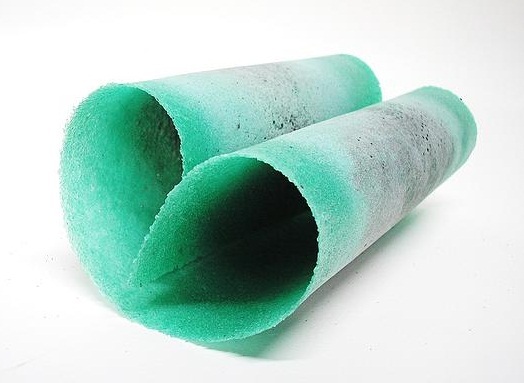 One of Saman Kalantari's pieces made with a Flexible Glass Sheet (FGS). These sheets of glass frit and powder on paper can be cut and folded.

The Glass Art Society established the Technologies Advancing Glass Grant in 2014 to fund the research and development of projects that incorporate technology into glass art. The 2015 recipients of the grant include Saman Kalantari, who has been awarded the top prize of $5,000; with runners-up Michal Czeisler, Jin Won Han, and a collaborative group from the Chrysler Museum of Art Glass Studio and the NASA Langley Research Center each set to receive $2,000 to further their respective projects. The artist organization also recently announced the recipient of its annual Lifetime Achievement Award will be artist, designer, and architect James Carpenter and its Honorary Lifetime Membership Award for outstanding service to the Glass Art Society will go to Jutta-Annette Page, the curator of glass and decorative arts at the Toledo Museum of Art who recently served as president of the board. Both awards will be presented during the 2016 annual conference taking place in Corning, New York.

This TAG grant awardees will also be making presentations about their projects at a future GAS conference. "Flexible Glass Sheets (FGS)" developed by Saman Kalantari between 2005 and 2007 earned the top award this year. Used in a novel method of making pâte de verre objects, these sheets of glass frit and powders adhered to paper can be cut, rolled, and folded into complex shapes. The paper serves as a mold and burns away as the glass is fused in the kiln. With his grant, Kalantari hopes to further develop this technique and to produce FGS in a larger scale, perhaps making it a commercially available product to artists in the foreseeable future. While this material would be beneficial to working artists, Kalantari stresses that it could have applications in an art classroom setting, including giving children and those with disabilities access to glass as an expressive medium.

Approaching glass through the lens of paper arts, runner-up Michal Czeisler creates sculptures influenced by the Japanese technique of kirigami. Unlike origami, which is achieved only through folding, kirigami features cuts in the paper that structurally or decoratively enhance the object. Czeisler’s project, titled Glass Paper, aims to create large-scale yet lightweight sculptures in these styles using metal molds and laser cutting technologies, devoting attention to the idea rather than technique. She will also explore the creation of kinetic glass sculptures with parts that rise from a flat background in a mechanism similar to that found in a pop-up book. With support from the grant, she hopes to find the ideal hardware for this work.

Jin Won Han will produce a series of videos following her introductory video, “Why 3D Rendering?”. The tutorial series will demonstrate the utilization of the industrial three-dimensional rendering software Cinema 4D in glassmaking. After completion of the project, the videos, with titles such as “How to Draw Blown Forms”, “Deforming (Bend, Twist, Tape)”, and “How to Make Glass Explode (Simple Animation)”, may be uploaded to the GAS website, making the series available to the organization's members.

The final award went to a team consisting of glassmakers from the Chrysler Museum Glass Studio and 3D modeling experts from the National Institute of Aerospace, with additional support from Spiral Arts founder Fred Metz. The collaborative team designed a 3D printer that would heat thin glass rods and feed the hot material through a nozzle, rather than binding powdered glass or using molten glass and gravity the way MIT's 3-D glass printer does. According to the team's proposal, the printer would be able to melt glasses of various formulas, from soda lime to borosilicate glass and fused silica, yielding objects with aerospace, artistic, and industrial applications. Diverse shapes, sizes, and textures could be fabricated from the printer, and post-printing modifications can be made to the object by reheating and reworking the glass in a studio.

The breadth of proposals for the TAG grant are limited only by the imagination of those applying, and could involve the use of new materials, tools, or techniques, the application of electronics or software programs, the development of safer shipping methods or innovative conservation practices, to name only a few ideas. One stipulation of the grant is that the artists must give a presentation about their project at a GAS conference within three years of receiving the award, as well as provide a corresponding written summary that may be published in the GAS Journal. Revisiting the grant recipients' progress at GAS gatherings and in its publications provides a unique opportunity to maintain the dialogue and intrigue surrounding the projects while documenting these advancements in the field of glass art as they occur.