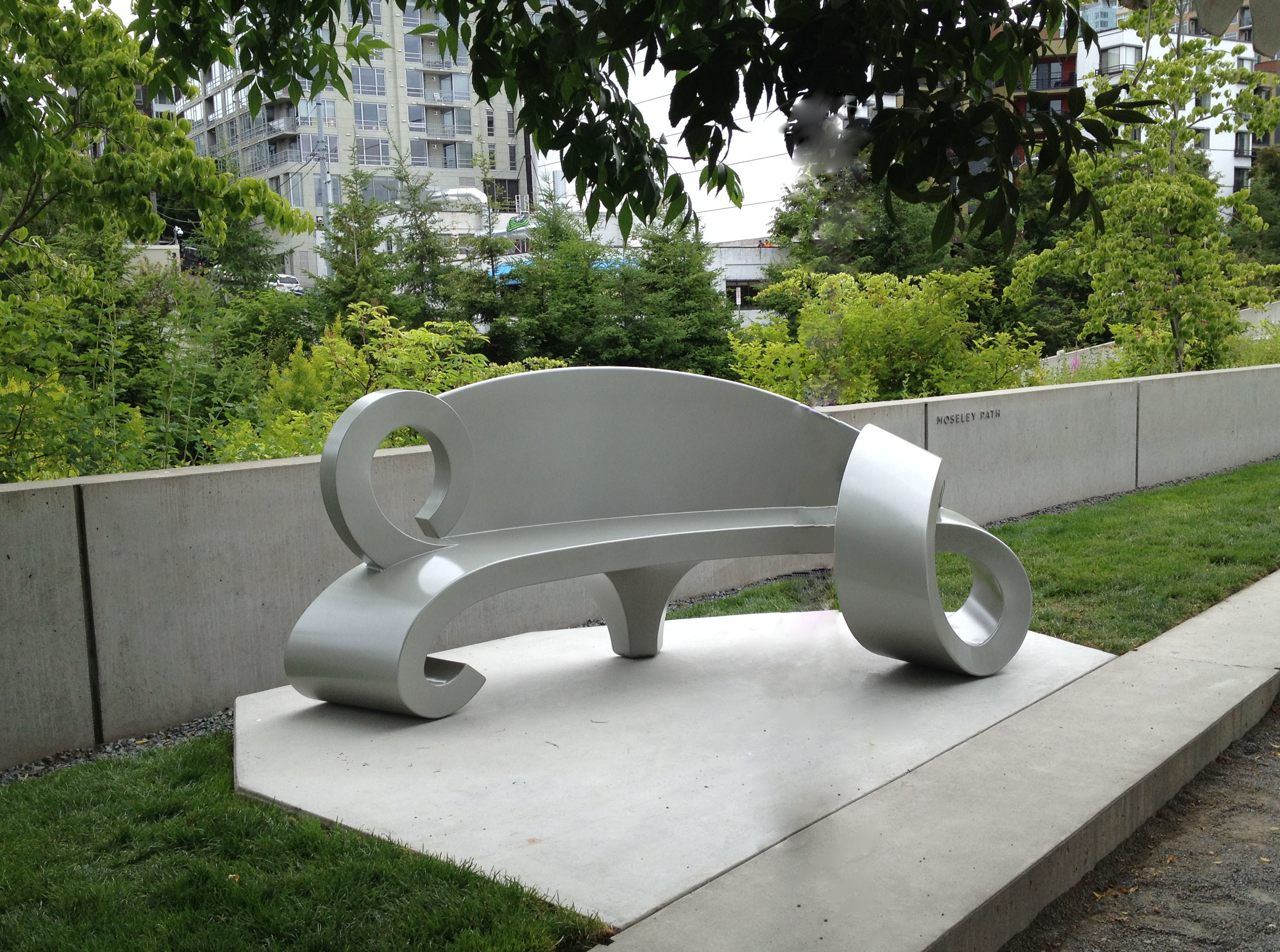 The bench by Ginny Ruffner is created out of aluminum and sits in Olympic Sculpture Park, a 20- minute walk from the Seattle Art Museum. photo: carrie dedon. courtesy: seattle art museum.

On June 27th, the Seattle Art Museum unveiled a new sculptural bench at Olympic Sculpture Park that honors the life and legacy of the late Mary Shirley (1941 - 2014), a Pilchuck board member as well as a Seattle art patron and longime supporter of the museum. The aluminum bench was designed by Ginny Ruffner, and was completed in time for the museum's annual Party in the Park fundraising event last Friday night. Entitled "Mary's Invitation—A Place to Regard Beauty," the work is a functional piece of outdoor furniture offering impressive views of the sculpture garden as well as the nearby Puget Sound. But with its voluptuous swooping lines, it is also Ruffner's expression of the passionate approach to life and art of the art collector it memorilizes who died earlier this year at the age of 73. The bench is made of aluminum and measures 4-feet-high by 9-feet-long.

In fact, the Olympic Sculpture Park in which the bench is located was made possible the vision and generosity of Mary Shirley and her husband, John, who gave an estimated $30 million for the aquisition of the land and the creation of an endowment to make the space available to the public free of charge. According to the Seattle Times, the couple also helped fund the acquisition of the sculpture garden's most-visible and arguably most-important work: Alexander Calder’s Eagle (1971).

Though she works with a variety of materials, especailly in her public art pieces such as her 30-foot-tall UrbanGarden (2011) work, Ruffner is one of the most important artists working with lampworked glass, and the recipient of numerous awards and fellowships. Her work is in the permanent collections of many museums including the Seattle Art Museum and the Bellevue Arts Museum, as well as the Metropolitan Museum of ARt and Los Angeles County Museum of Art.