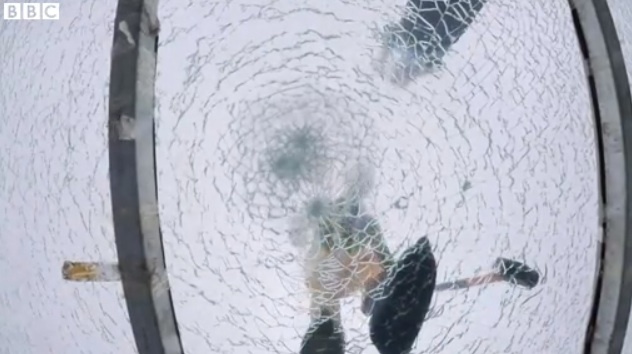 It would take extraordinary strength to breach three sheets of glass laminated together with ethylene-vinyl acetate (EVA), yet high-profile structural applications, such as high-altitude footbridges in China, continue to awe the public who associate glass with fragility and a tendency to shatter. In an effort to dispell this unwarranted fear of walking on glass, a BBC reporter was invited to try to break a structural glass panel shortly before the opening of the world's highest and longest glass-bottomed bridge, which is expected to open in July 2016 in Zhangjiajie, China. 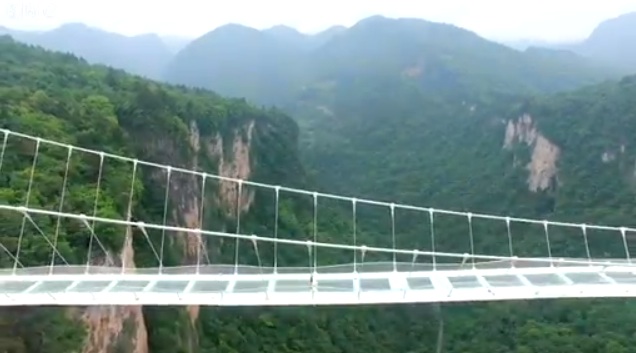 Despite reporter Dan Simmons best efforts, he can do little more than break the first layer of glass, the impact of the sledgehammer leaving spiderweb cracks but leaving the next two layers unscathed. When the new bridge connecting two cliffs in the Zhangjiajie Grand Canyon in China's Hunan Province opens next month, it will become the longest and highest of the growing number of glass bridges. Approximately 20-feet-wide, the walkway will be suspended nearly 1,000 feet above the canyon, and strech 1,400 feet from cliff to cliff. 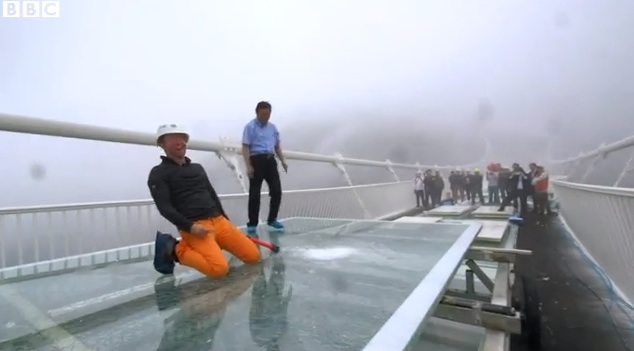 While dramatic and garnering a lot of attention online, this sledgehamer stunt will probably not be sufficient to overcome the preconception that glass is inheritently unstable based on individual personal experience of drinking glasses and windows cracking. Over time, the increasing prevalence of glass as a structural element in architecture may slowly convince people otherwise.