Pittsburgh Glass Center will celebrate its 15th anniversary this month, marking an important milestone for a glass institution that seemed like a long shot when it opened in 2001 in a run-down part of a small, economically stagnant city. Fast forward to today, and it has become a destination for some of the world's most famous glass artists, a respected exhibition venue, and a source for high-level master classes. The Pittsburgh Glass Center is an improbable success story; and, in many ways, its story is the tale of renewal that is Pittsburgh's in the 21st century. PGC and the city will celebrate the milestone on Saturday, July 16th, with an event called “Ignite + Imbibe: Handcrafted Beverages by the Fire.” From 6 PM to 9 PM, those in attendance can drink beverages from local distilleries and watch glass artists give vessel-themed glass blowing “pourformances,” while toasting this scrappy center for glass art that has willed itself into the upper tiers of public access studios in the country.

PGC has three primary components: classes in glasswork, support for glass artists, and a gallery for glass art. Since opening in 2001, it has expanded from a school of under 400 to over 7,000 students each year; its artist residency program has more than tripled in size; and it has attracted guest visitors and instructors like Dale Chihuly, Toots Zynsky, Nancy Callan, and Lino Tagliapietra. (It hosted the Glass Art Society Conference in 2007, and displayed its 2014 Biennial exhibition at SOFA Chicago.) Further, as one of the largest arts organizations in Pittsburgh’s East End, PGC has also played an important role in the revitalization of its city.

Back in 2001, the glass artist couple Kathleen Mulcahy and Ron Desmett sought to create a place to pursue and promote glass art in Pittsburgh. Mulcahy had moved to the city in 1978 to build and run the glass program at Carnegie Mellon University — where Desmett was pursuing a MFA under ceramic artist Ed Eberle. But the program was shut down in 1989. Executive Director of the Pittsburgh Glass Center, Heather McElwee, explained to the GLASS Quarterly Hot Sheet that, “they’d been dreaming of a public-access facility that could connect Pittsburgh with its history in glass… They found a location on Penn Avenue, in a neighborhood that was trying to change.” The result of their efforts was the Pittsburgh Glass Center, and it would go on to play a role in that neighborhood's transformation.

“When they moved in, [the neighborhood] was in a state of disrepair,” McElwee told the GLASS Quarterly Hot Sheet in a telephone interview. The Penn Avenue area was suffering from high vacancy and abandonment rates. “Back then, Pittsburgh was this city that people came to for college and then left. None of the young people were staying.” But a movement to revitalize the area through the arts, the Penn Avenue Arts Initiative, provided the perfect opportunity for the development of Mulcahy and Desmett’s glass center. 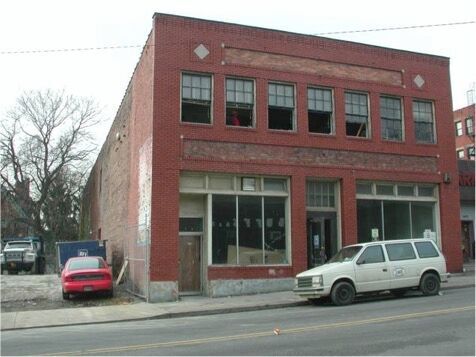 Glass was a vital part of Pittsburgh’s economy in the 1920s. “Pittsburgh once had as many glass factories as steel factories, but then steel sort of took over. If it hadn’t been for steel, we would have still been known as the glass city,” McElwee said. In its factory days, the city’s glass was used as tiles in NYC subway tunnels and tableware for U.S. Presidents. Now, the material is an important part of the city’s cultural make-up once again. Between Pittsburgh's Society for Contemporary Craft, the Mount Pleasant Glass Museum (located 45 miles outside of the city, on the grounds of a former Lenox Crystal glass factory), and glass businesses started by PGC-trained glassmakers like Vessel Studio, there is a notable "reach back to the 19th century," as Art Critic for the Pittsburgh Post-Gazette, Mary Thomas, called it in a telephone interview with the Hot Sheet. "[Pittsburgh] has some collectors, and they recognize that glass can be sculptural, that it's an artwork... [It's] raising the sophistication in our tradition." McElwee further informed us that, “since [PGC’s] opening, we’ve seen over 40 artists move to Pittsburgh.”

McElwee, herself, was one of those artists. “I moved here for the glass center 15 years ago,” she told us. “At a time when everyone was saying that no young people were moving to Pittsburgh, I had just graduated with my BFA in glass and I heard about this facility. There was this ‘if you build it, they will come’ attitude surrounding it; there was a lot of excitement... I came here and was amazed by the facilities and the energy.” That energy changed the course of her life. “When we opened, we had one artist-in-residence, Robin Stanaway, and I was her assistant… I didn’t intend to stay. I thought this facility was amazing and it would be a great next step for me. But if you asked me back then, no, I thought there were other things I would move on to.” Yet, between the flourishing of the glass center and the city itself, she found herself compelled to stay. “The excitement and passion of the people who work here has been so infectious, and it’s been incredible to watch the city grow to, now, saying ‘this is where it’s happening.’” 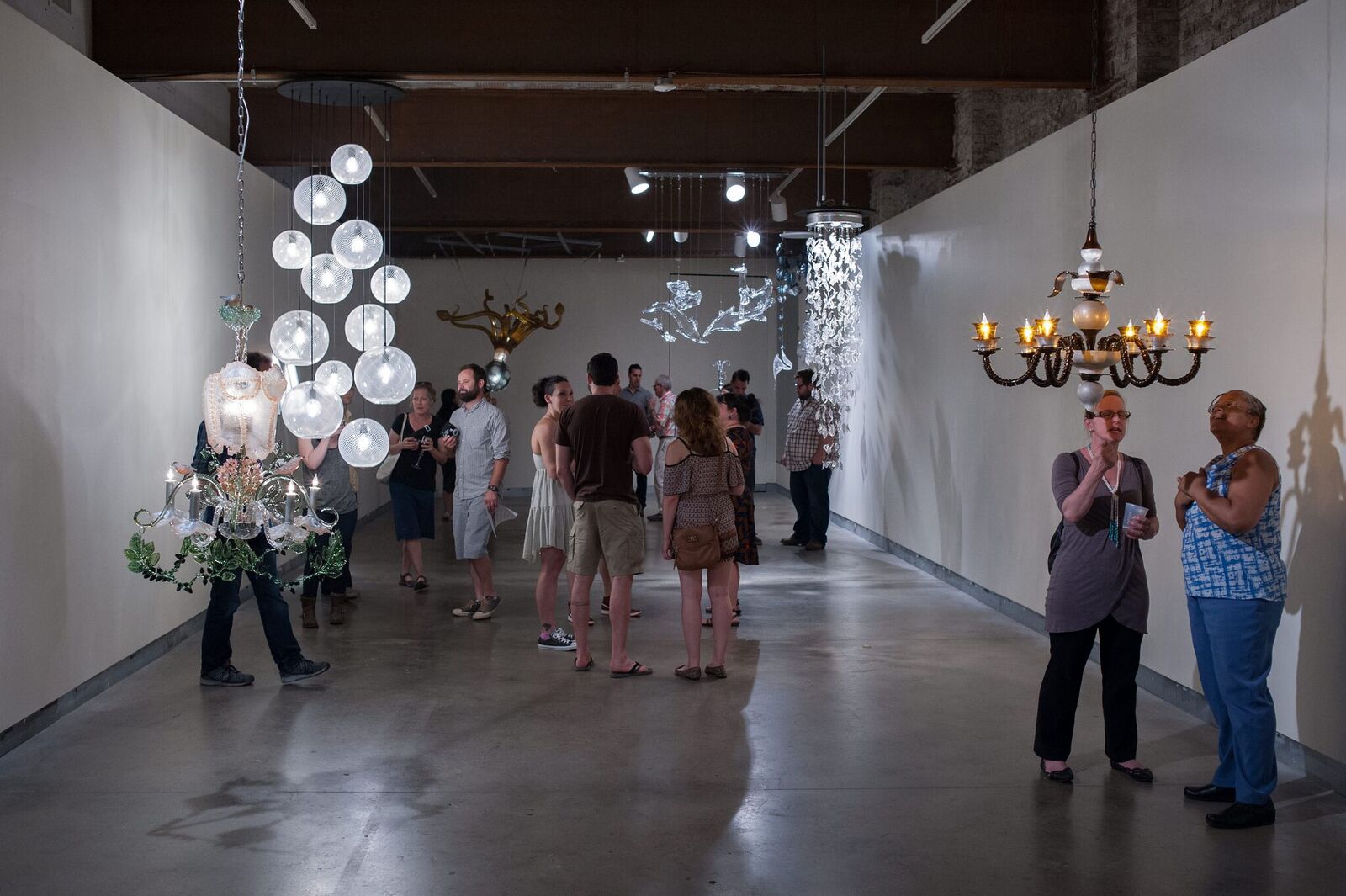 Pittsburgh’s own growth over the past 15 years has been considerable. Thomas told us that, living in the city, "you can feel the vibrations." “When we opened, people would call us and ask if it was safe to park here for a class, and now the hottest restaurant in town is just a few blocks away,” McElwee said. The city has, in fact, become a hotspot for restaurants, as well as a burgeoning tech industry due, in large part, to a new Google office on Penn Avenue. Last year, Business Insider listed it as one of the 15 hottest cities in America.

Thomas thinks that Pittsburgh Glass Center has led a part of this change. "The glass center...has drawn artists to pittsburgh, and actually retained artists to stay." This has been done through artist residencies and technical apprenticeships which entice established and aspiring glass artists to come to the city, but also through its SiO2 Young Artists Glass Program, which brings in high school students from the surrounding area to expose them to glassmaking. “We see ourselves as helping to train the next generation of glass artists,” McElwee added. “It’s really been exciting for us to watch [students] start here as 14-year-olds, and go on to work at the Rhode Island School of Design or the Chrysler Museum of Art” -- both of which have actually happened. Hunter Blackwell, Technical Assistant in the Glass Department at RISD, and Gayle Forman, Staff Instructor at the Chrysler Museum Glass Studio, were both introduced to glass through PGC’s SiO2 program. 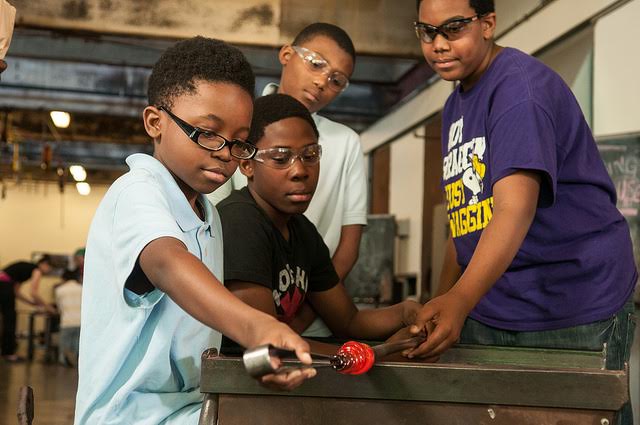 "The Pittsburgh Glass Center is like the little engine that could," says curator and critic Vicky A. Clark, also a contributing writer to GLASS: The UrbanGlass Art Quarterly. "Despite heavy odds, Ron Desmett and Kathleen Mulcahy as founders managed to get it up and running, and with a few bumps on the road, it has become a well-oiled machine. The most important aspect for me is that they bring in recognized artists to work here and do shows, and they have instituted programs for Pittsburgh artists to try using glass for their work. That enriches our community immeasurably."

As for where the glass center will be 15 years from now, it’s hard to say. McElwee told us that, “we’re going through a strategic planning process right now and we’re asking that very question.” She did offer one goal for the center, though, and it’s a critically important one: “expanding opportunities to work with glass for people of color.” McElwee pointed out that, “there are not enough people of color working in the glass community and that’s something we want to help change… I’d love it if, in fifteen years, the Glass Art Society conference was a much more diverse place.”