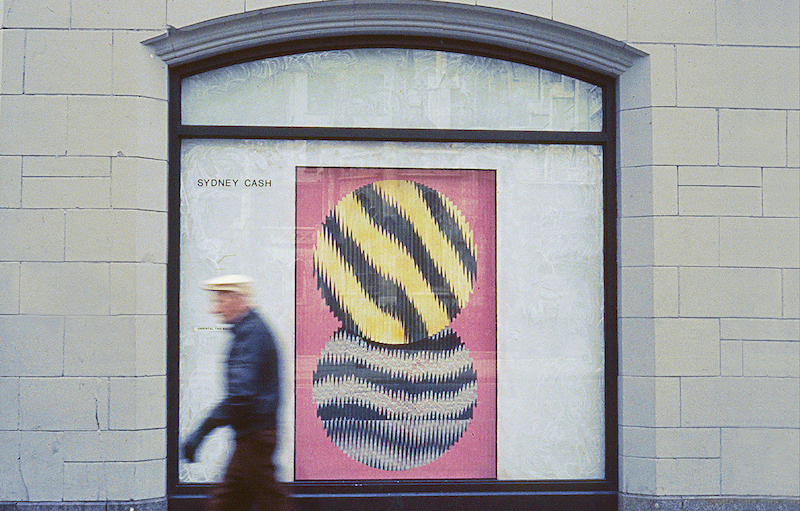 The unique optical qualities of glass — its translucency, transparency, reflection, and refraction — have served as rich terrain for artist Sydney Cash, who developed a lifelong relationship with the material after working with curved mirrors. Opening tonight, a retrospective exhibition of Cash's kinetic sculptures at Heller Gallery will showcase the artist's evolving visual vocabulary from the 1980s through the present, and will include a reprise of the now-legendary glass window installations from Cash's seminal Broadway Windows Gallery exhibition in 1987. Activated by passersby on the street, the three windows will make the city street part of the exhibition entitled "Pre-Net," and will likely have viewers moving back and forth before the gallery's large windows on 10th Avenue in the Chelsea area of Manhattan. 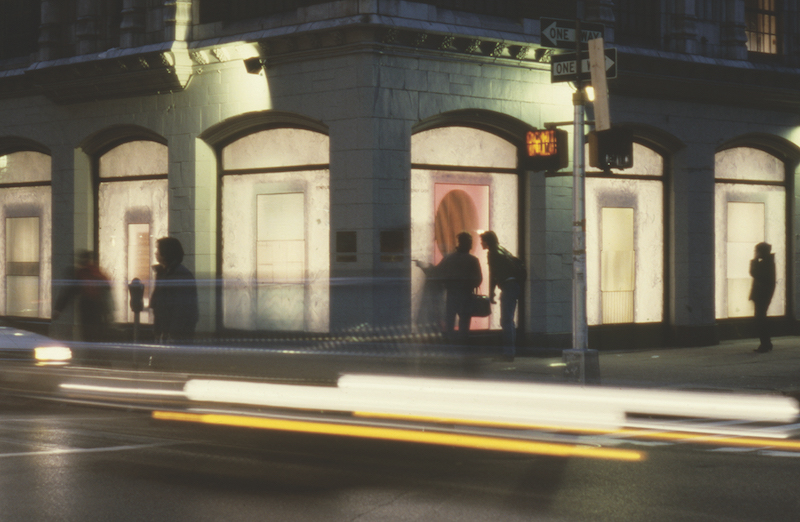 “We have so much window space on 10th Avenue,” said gallery owner Katya Heller in a telephone interview with the GLASS Quarterly Hot Sheet, “[co-owner] Doug [Heller] and I wanted to activate those windows.” The kinetic works by Cash will do just that. Using layers of industrial patterned glass called Flutex — the textured glass often found on shower doors — Cash’s installations create a moiré effect, flashing and shimmering as viewers move from side to side. But there is more to these works than mere tricks of the eye; art critic of the The Nation and co-editor of Artforum, Barry Schwabsky, wrote of the 1987 installation at Broadway Windows Gallery, that, “although these pieces clearly refer to the Op and Kinetic art of the ‘60’s, they possess a gravity that was rare in such work, thanks in part… to the totemic tripartite division so reminiscent of Rothko, but above all to the fact that while Op art was purely an art of surfaces, that of Cash is an art of layers in depth—of mystery and disclosure.”

Mystery and disclosure are motifs which run through the artist’s work, from his early sculptures of glass slumped over metal frames, to his later "Light Sculptures," designs of light and shadow bounced off a wall, created by panes of glass treated with copper or silver. All of these works push the relationship between perceiver and perceived through objects of amorphous, indiscernible, or massless forms. An artist statement from 2002 reinforces just this; “I am drawn to objects of dematerialized form,” Cash writes, “things of volume without mass, forms that seem to float in air or in mind, resting only on shadow or in memory.” 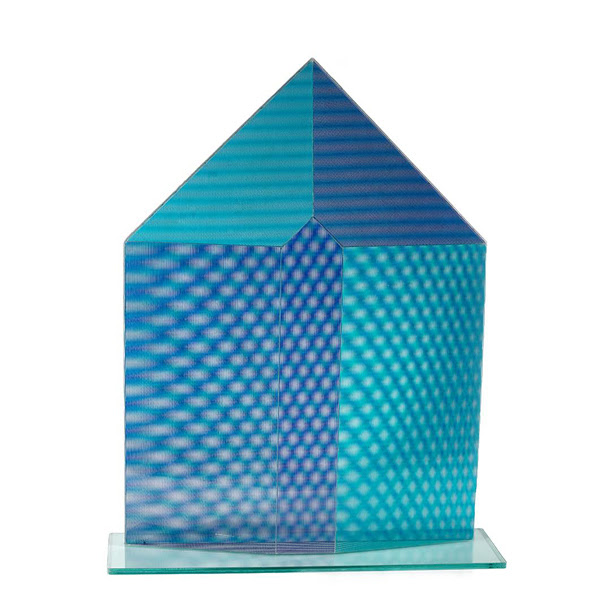 “I don’t work with an overriding philosophy about what I’m doing,” Cash told the Hot Sheet in a telephone interview. “I understand [my process of creation] as the ultimate of play. Like a little kid exploring how something works, to me that’s a kind of profound relationship with the world.” Katya Heller finds this experimentation to be a key strengh of the artist. “Sydney was among the people [in the ‘70s] who were on the high end of the creative impulse and maybe the lower end of the technical experience,” she said, “and, in that, he was true to an exploration of the material that was very linked to what was going on in the greater art world at the time.”

This creative verve is surely what gives his work its enduring appeal. Heller told the Hot Sheet that one major instigator for the exhibition was an influx of gallery visitors, particularly young ones, asking after the artist’s work. “While the gallery has been representing Sydney’s work since the late ‘70s, we recently started showing a piece of his; and we had a whole new generation of people coming in and looking at the work, and asking questions because they were not familiar with the artist… It seems to have something that felt both relevant and new.”

Sydney Cash has been making art with glass for over 40 years. He's had over 40 solo exhibitions, and his work is represented in the collections of the Museum of Modern Art, the Renwick Gallery of the Smithsonian, and the Musée des Arts Décoratifs. Earlier in 2016, he received a Pollock-Krasner Foundation Grant, part of which he has used for a massive archiving process, making it possible for these works to be exhibited once again.