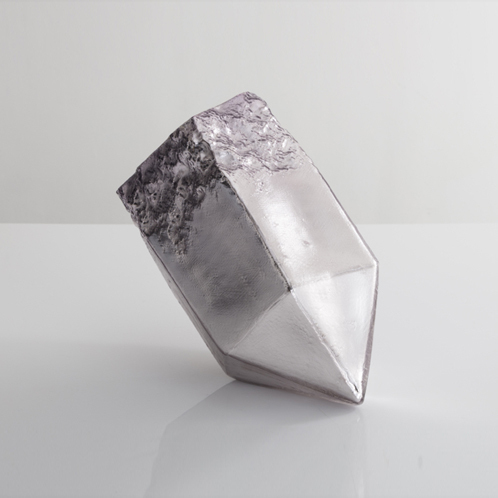 Glass artist Jeff Zimmerman continues to skirt the line between art and design with his work included in a summer group exhibition at design gallery R & Company. The exhibit will remain on view through August 17 and is notable for some strikingly fresh geometric work for an artist known for fluid, kinetic forms.

Evan Snyderman and Zesty Meyers, who co-founded R and Company, have both worked with Zimmerman since the beginning of his career. Snyderman told the Glass Quarterly Hot Sheet by telephone that the work currently on view is not so much a break with his previous work, but instead follows his natural development as an artist.

“It’s been a continuous evolution-- everything he makes is related. His art is an organic exploration of a cellular level of nature. It’s coming from the same place,” he said.

Despite this, the crystalline forms Zimmerman most recently created have a strongly angular presence that contradicts the flowing forms of past work. Their chiseled appearance departs from Zimmerman's rounded edges and organic fluidity seen in previous designs. His crystalline objects and hanging lamps both come to a strong point at their bases, marking a shift away from flowing forms with clear visual references to floral or serpentine source material. 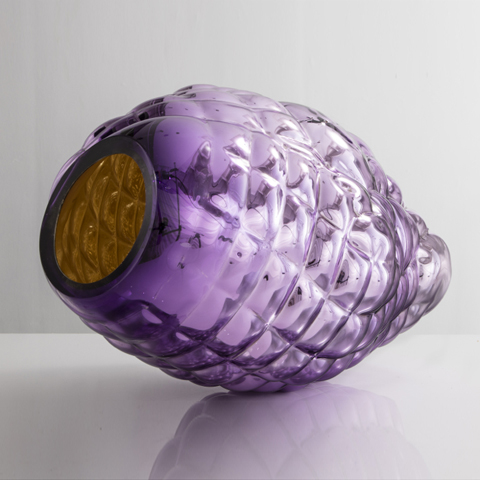 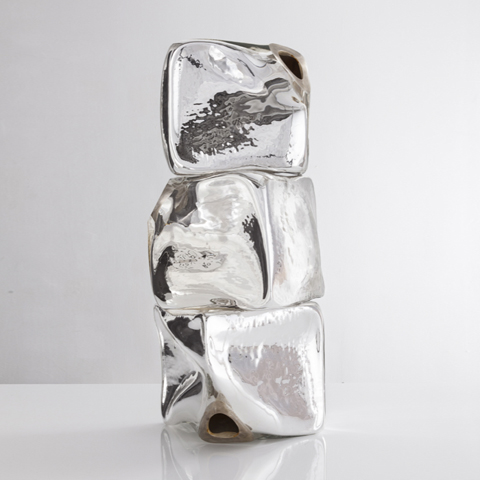 A well-established glassblower for nearly 30 years, Zimmerman uses glass to express his reimaginings of natural objects and their many dimensions. He sketches his forms meticulously before bringing them to life, often giving the glass a quality that makes it appear drawn. Most of Zimmerman’s pieces are functional design pieces while remaining beautiful in their essence. His tendency to draw inspiration from nature appears to have led him to begin to explore geometric forms. The more structured forms began appearing in his work in 2015, but were not as defined as they now appear and previously maintained the soft edges of his signature style. Now, his crystal hanging lamps and objects appear inelastic and more defined.

Snyderman said the summer exhibition is also an opportunity to see the depth and range of Zimmerman’s art, with an eclectic variety of works on display.

Most of his work explores shapes and how they interact with physical space, and buyers have to fit their surroundings around the shape of the piece. This collection of works aims to show how to fit one of his pieces into a setting. “The point of the show was to showcase how to live with Jeff’s work,” Snyderman said.

Snyderman pointed out the significance of a black calla lily chandelier from 2006 included in the exhibit that was one of the artist’s first commissions. The piece helped launch Zimmerman into an exploration of light that is visible in his many unconventional lamps, each with a unique pattern of refraction. This piece is as much a reminder to Snyderman of the progression of Zimmerman’s career as of the evolution of the gallery. “Jeff has influenced us as much as we have influenced Jeff. We’ve grown together, and it’s been a partnership,” he said. 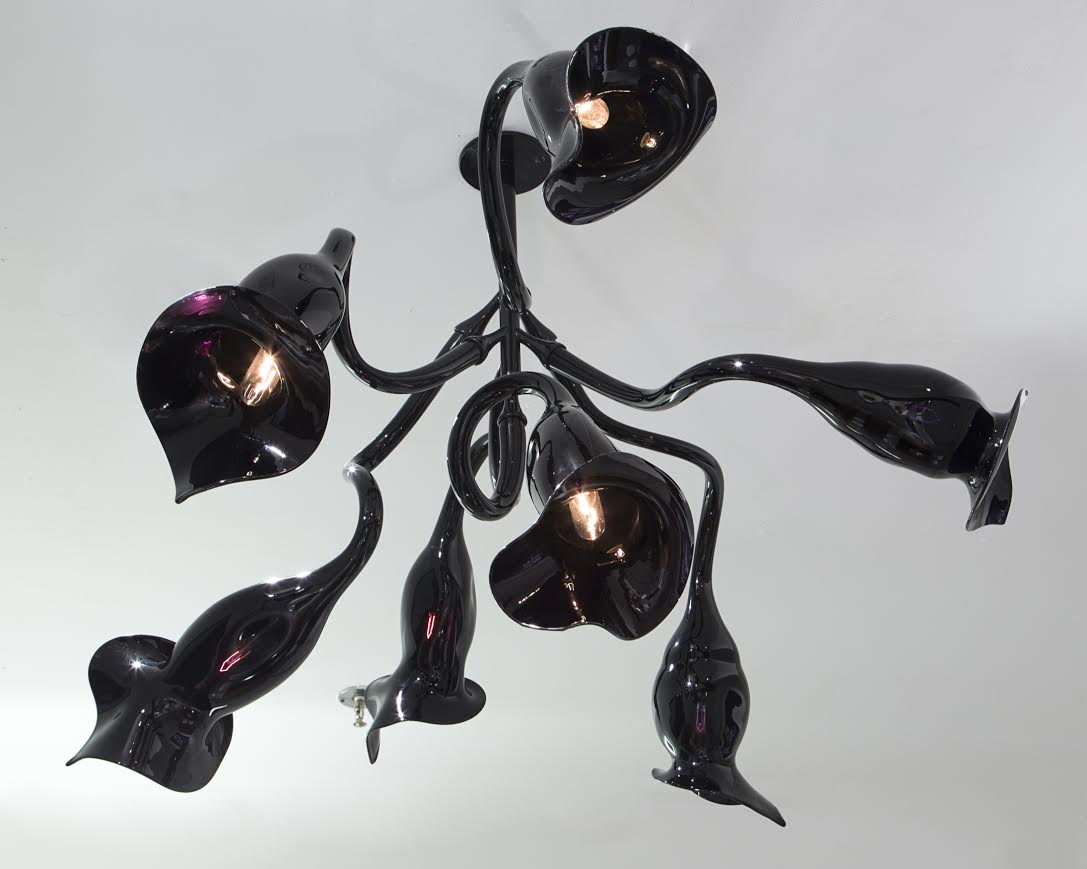 Zimmerman opened his first solo exhibition with R & Company in 2007 and has had several solo shows there, including one just last year. After glassblowing in college in Santa Barbara, he joined the experimental glass group B Team, started by Meyers and Snyderman. He also taught for three years at UrbanGlass.

The exhibit at R & Company opened on June 27th and will remain open until August 17th.