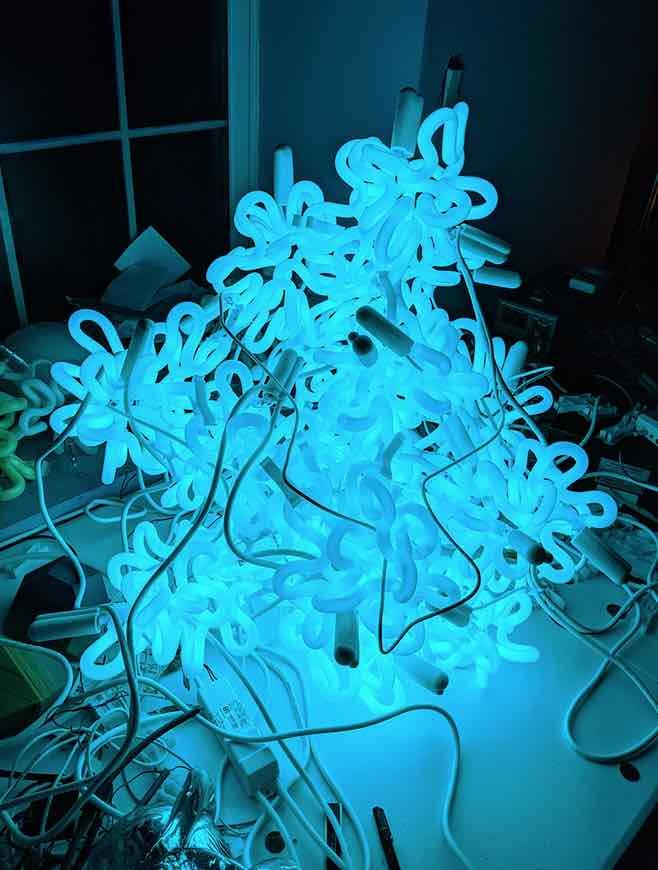 Every year since the cultural icon's death in 2016, Philadelphia has set aside a week to honor David Bowie, the persona-shifting rock star with a series of key connections to the City of Brotherly Love. Bowie's first concert album, titled David Live," was recorded at the area's live-music mecca known as the Tower Theater in 1974, and much of his seminal Young Americans album was recorded at Philadelphia's Sigma Studios. Timed to Bowie's January 8th birthday, the "Philly Loves Bowie" annual event ranges from musical concerts to art events, and this year, the National Liberty Museum has organized an entire exhibition in honor of the icon.

Titled “We Can Be Heroes,” the group show opens today, Friday, January 3, 2020, and will run through Monday, February 3, 2020. It features work in a wide range of media, but includes several glass works by James Akers, Morgan Peterson, and Jacqueline Botquelen.

According to the exhibition announcement, it "will explore the influence that the man who became known as the 'Starman' had –- and continues to have -- on contemporary art."

The exhibition is supplemented by works by local-area schoolchildren, as well as a pop-up shop selling Bowie-related merchandise.