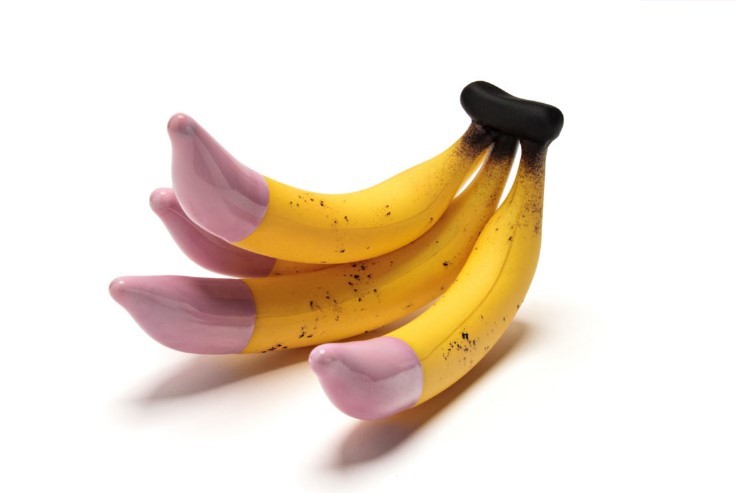 The exhibition follows “The Other Glass: An Alternative History,” which was shown at the Heller Gallery earlier this year. The Traver exhibit opening tonight serves as a West Coast response. By revisiting a similar theme, which encouraged a broader exploration of the glass medium, Drury includes additional historical works that offer an expanded perspective on the glass movement beyond the decorative aspects.

“The twelve artists whom I have included in this timely offering, lead us into the next chapter of studio glass; practitioner’s experimentation and a ‘maker’s-do’ example, to pronounce in the truly unique, ‘me too,’” Drury wrote in a curator’s statement.

The exhibit features works of playful symbols and intriguing narratives built of various materials and curious observations. Believe (Trucker Hats) by Scott Darlington is a series of hats in bold colors with symbols adorned front-and-center. It fits in a political climate where hats are a polarizing accessory, though playful symbols of an elephant, a leaf, or an ear are at play. Untitled by Brian Pike includes drawings of trees alongside a sculpture of an ax, which overpowers the narrative and combines cartoonish sketches with a symbol of power.

Symbols are central to many of the pieces, including the series by Leo Tecosky and Simon Klenell, which explores directionality with arrows emphasizing the fragility of glass. Megan Stelljes explores fruit, an everyday object displayed playfully through blown glass (Banana Bunch, Happy Fruit Plate) and neon (Party Banana).

Drury carefully described the difference between content and subject in his curator’s statement, arguing that subject does not incite dialogue, content can.

“Here is the opportunity not to simply repeat but, enrich a dialogue— to stand balanced on the shoulders of the craftsperson, above a sound conceptual footing,” Drury wrote in a statement.

Large sculptures, such as Lacemaker Lamp, by Jen Elek, which utilizes diverse materials to explore how facets of imagination can blend with the familiar, such as candles, lightbulbs, and wood. George Sawchuk’s Untitled (Umbrella Piece), also utilizes the familiar— an umbrella, wood— but imposes on viewers to retell a well-known story.

Designer Drugs: White Privilege comments on contemporary culture, while I don’t care what you think of me, I don’t think of you at all, by Morgan Peterson, remarks on human behavior not specific to any one time. It appears to feature a twentieth century woman, donned in pearls, glaring at the viewer. Each piece has a jarring personality and a loud message to get across.

A series of pieces by Amy Lemaire bend dimensionality and distort vision in a thrilling manner. Digital images on aluminum upend reality as photographs are contorted, an intriguing look at how art can only capture so much of humanity. The Warmth of Love is worth the Fight use Light, by Eli Hansen, suspends reality to bring weightlessness to colorful lights that illuminate with childlike wonder. Big Blue, by Robbie Miller, is a more traditional glass work, a boldly blue vessel, incites wonder in the transparent beauty of blown glass. Miller's piece, from 1993, stands as a remnant of decorative glass, standing in contrast with contemporary pieces that use glass to shape new ways of thinking.

Endless curiosity exudes from each of the diverse pieces, which all convey distinct narratives about the power of glass to evoke wonder or comment on behavior. In his curator’s statement, Drury writes that the studio glass movement must now move into the “why,” beyond the technical production.

“‘As in Also: An Alternative Too,’ allows a fresh response to that initial call— to move beyond the merely decorative, and that benign exploration mired in technical proficiency, colonialist practice and mimicry in glass,” Drury writes.