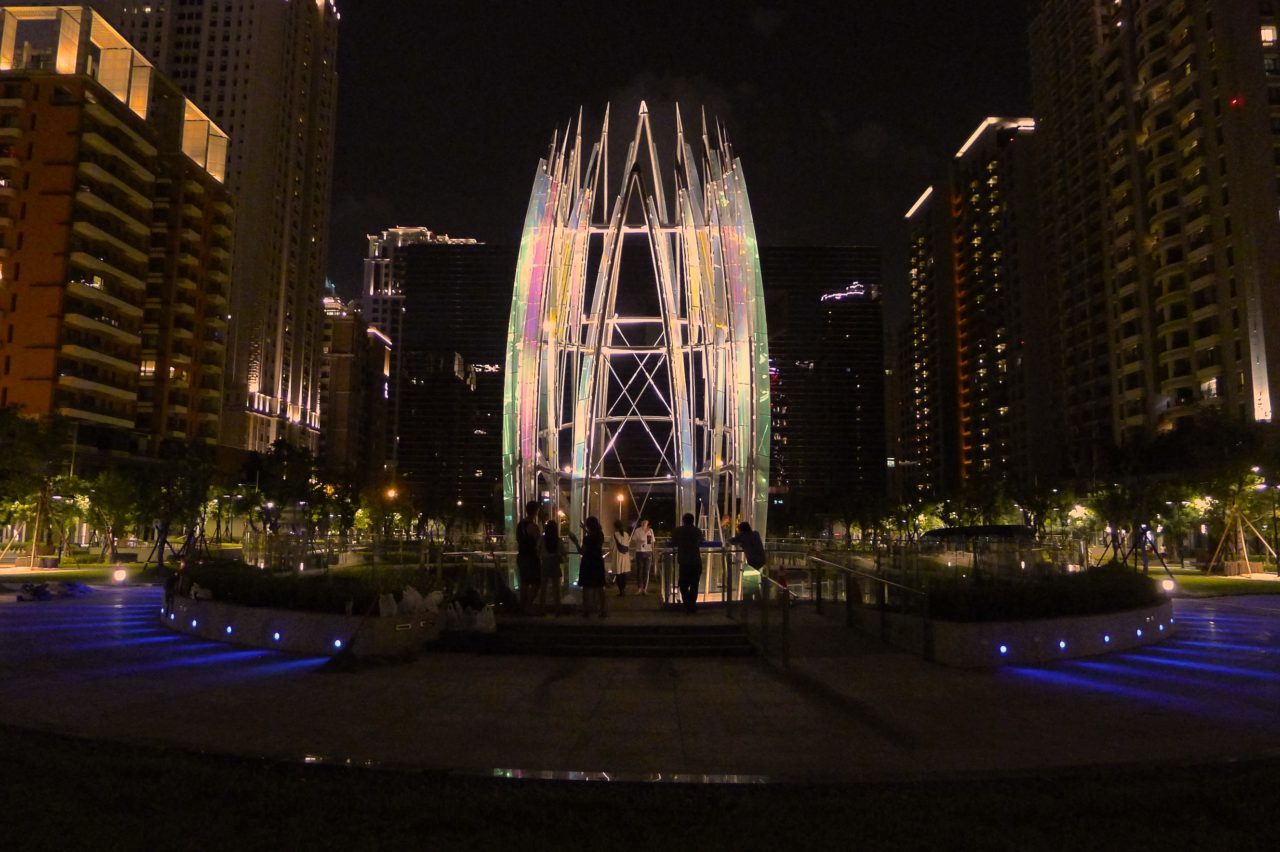 A 72-foot-tall, 20-foot-wide public sculpture designed by architectural installation artist Ed Carpenter was unveiled in June 2016 in Taichung, Taiwan. Made from stainless steel and laminated glass, the sculpture stands at the intersection of two public parks outside of the Taichung City Council building. 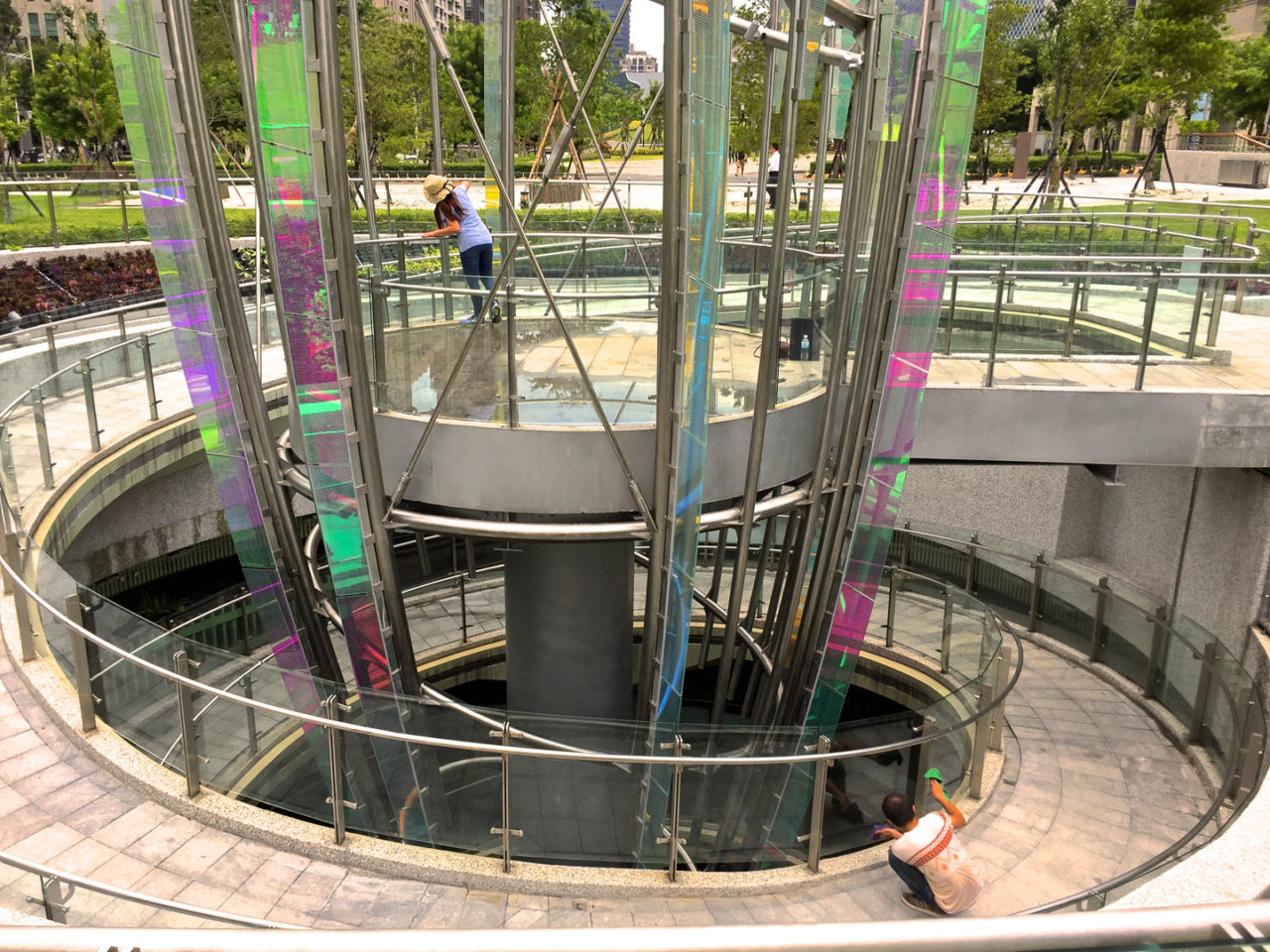 The sculpture, titled Crocus, begins in a parking structure two levels below the park and rises 31 feet to a central viewing platform before climbing 41 feet above the park grounds. Its efflorescent design is evocative of the early-blooming flower from which it derives its name; this is extended to the LED lights which colorfully illuminate its glass “petals” at night. Carpenter has said that this “symbolizes the emergence of Taichung itself” -- a city whose manufacturing prowess earned it the nickname “Mechanical Kingdom” as it emerged from the Taiwan Economic Miracle of the late 20th-century. 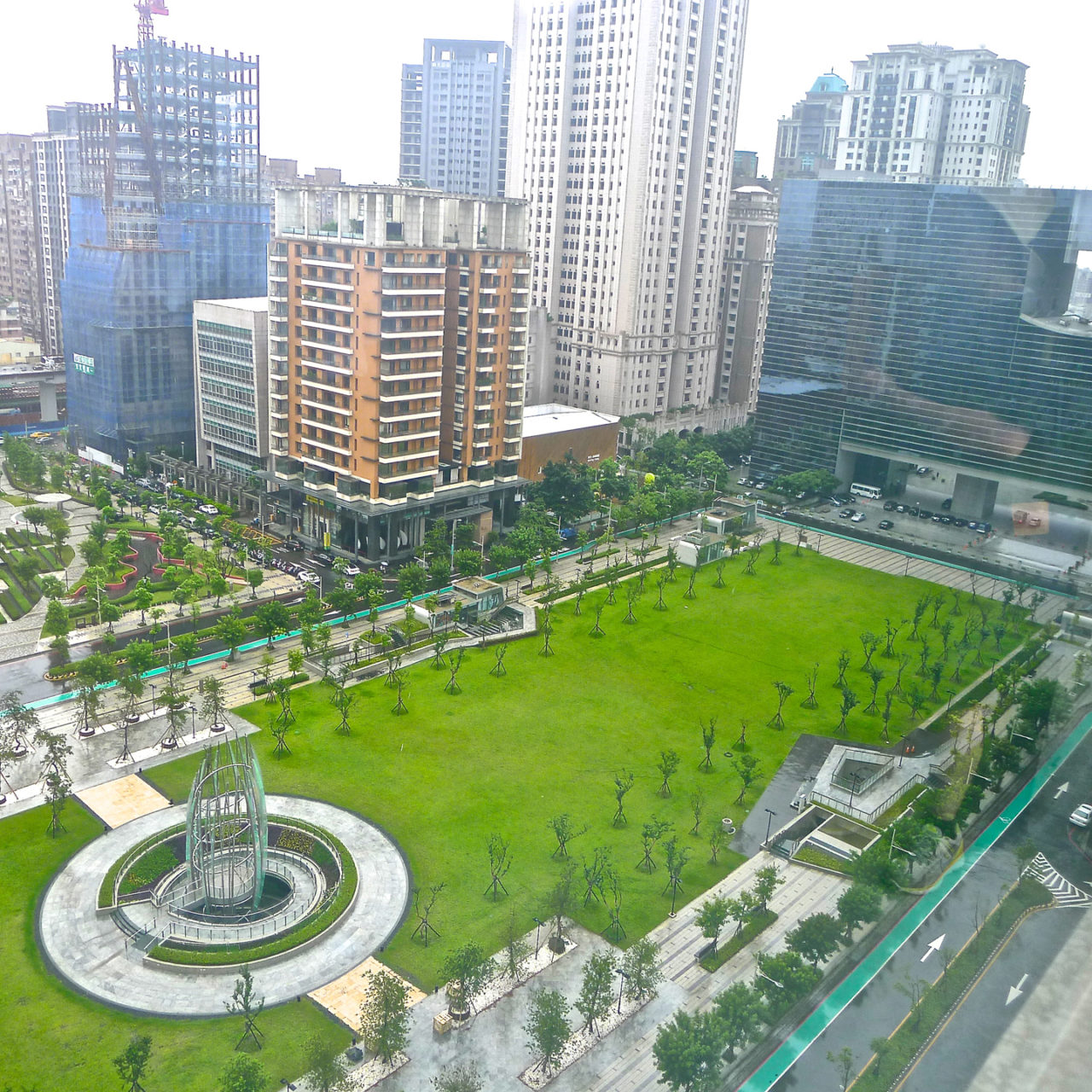