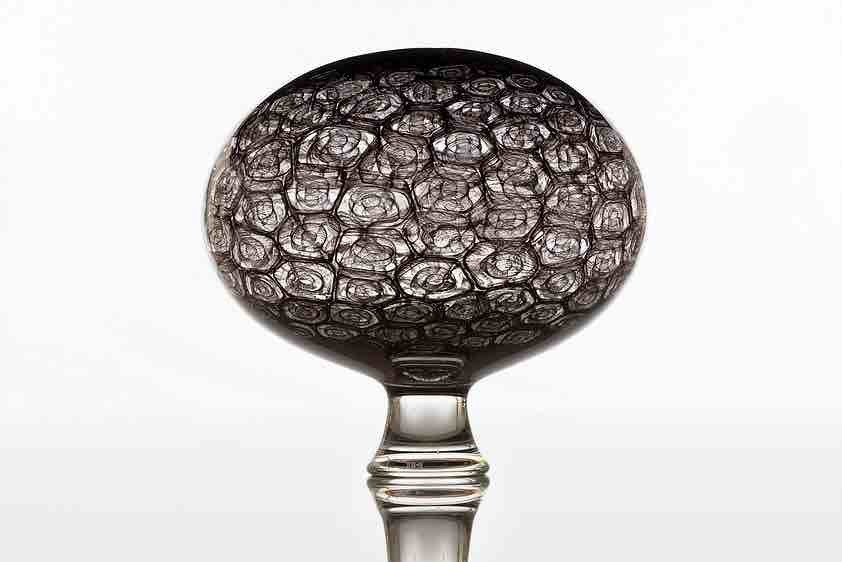 Visitors to an upcoming exhibition by glass artist Kazuki Takizawa will experience a unique aural experience thanks to the artist having suspended colored glass bulbs, enclosed in a swaying metal structure, as part of “Catharsis Contained,” which will open at Craft In America Center in Los Angeles in May 2017. The work entitled Breaking the Silence II is designed so that it has a rocking motion that will cause the blown bulbs to gently bump into one another, producing a soothing, tinkling sound that was inspired by Takizawa's experience of visiting a temple in Thailand. Not only will this installation provide a sonic atmosphere to accompany the rich visual experience of his repeated glass forms in various subdued hues, but the artwork also seeks to develop a conversation about a topic rarely engaged in art: suicide prevention.

Breaking the Silence II is influenced by the artist's struggles to support his brother who has wrestled with mental health issues and has had a suicidal episode. The glass bulbs roughly reference the act of hanging oneself, according to Takizawa. The form and color palette—amber, gray, and whiskey—is inspired by the look of a dead tree and the purpose is to engage viewers in a heavy topic.

“I didn’t want to push people away,” Takizawa said in a telephone interview with the GLASS Quarterly Hot Sheet. “This is a subject matter that is touchy, and for a lot of people it's something they don't want to talk about. I didn't want to make the exhibition too harsh or graphic so I made it look like something from nature.”

Inspired by his experience helping his brother through a time of instability, Takizawa has become an advocate for suicide prevention and mental illness. Currently, Takizawa is a volunteer at Didi Hirsch Mental Health Services in L.A. where he said he counsels those struggling with suicidal thoughts.

After creating a mesmerizing 2015 installation at STARworks Glass Lab in Star, North Carolina, entitled Breaking the Silence, Takizawa caught the attention of Emily Zaiden, director and curator at the Craft In America Center. 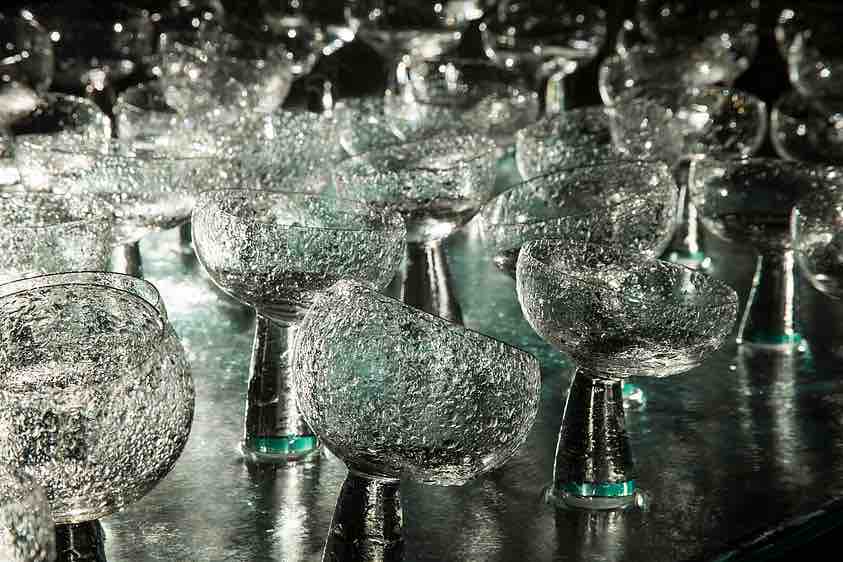 “Breaking the Silence” was a metaphor for a person’s breaking point and the juxtaposition between balancing inner struggles with the oppressive external forces around you. The installation incorporated performance aspects and sound, where slanted vessels filled with water until submitting to the liquid’s weight and falling over onto a table. According to Zaiden, the role glass played in creating an audio experience is what impressed her, she said in an email interview with the GLASS Quarterly Hot Sheet.

“This was a new perspective for interacting with glass, it goes beyond form and technique and provokes a deeper level of engagement,” Zaiden said.

You can see a video of the Breaking the Silence installation on Takizawa's website.

Impressed by how humble and open Takizawa was about his personal experiences within his art, Zaiden said she wanted the artist to show in a solo exhibition at Craft In America Center.

“I was drawn in by his metaphorical use of the material to articulate new themes through new forms and new applications,” Zaiden said. “He is dealing with subject matter that has been untouched and under-represented, particularly in his medium, and sharing this vital message through compelling sculptural works of beauty is perfectly in line with our mission.”

Takizawa’s exhibition, “Catharsis Contained” will show at Craft In America from May 20 to July 1, 2017. This presentation will expand on prior bodies of work such as “The Minimalists” and “Container Series,” which will show alongside Breaking the Silence II, Takizawa said. 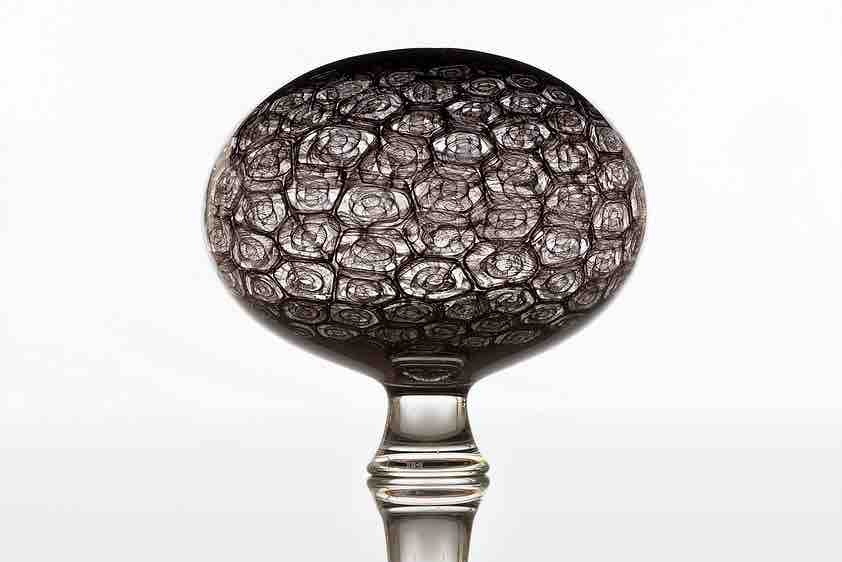 The "Minimalists" series will incorporate experimental techniques with patterning that Takizawa has never used before. In past pieces, the patterns seem representative of human brain matter. For the "Container Series, Takizawa explores vessel forms which are representative of people. 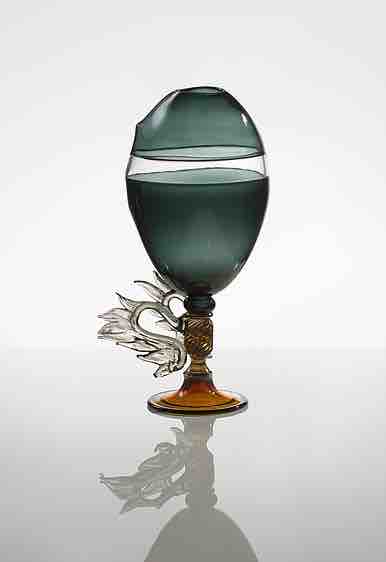 New work may also break into the exhibition, which Takizawa said he is in the midst of creating at STARworks Glass Lab, where he is currently in residence. He did offer that his new work is inspired by egg shells.

“I really love those things because they're a protective barrier for life and I want to diverge towards that,” he said.

“Catharsis Contained” is a form of expression that is very personal to Takizawa. It will expand on the idea of mental health and how deeply it effects a person when unstable. The artist hopes that through his provocative artwork, he can facilitate a meaningful conversation about topics as important as mental health and suicide prevention.

Editor's Note: This article was updated to note that the exhibition had been extended.