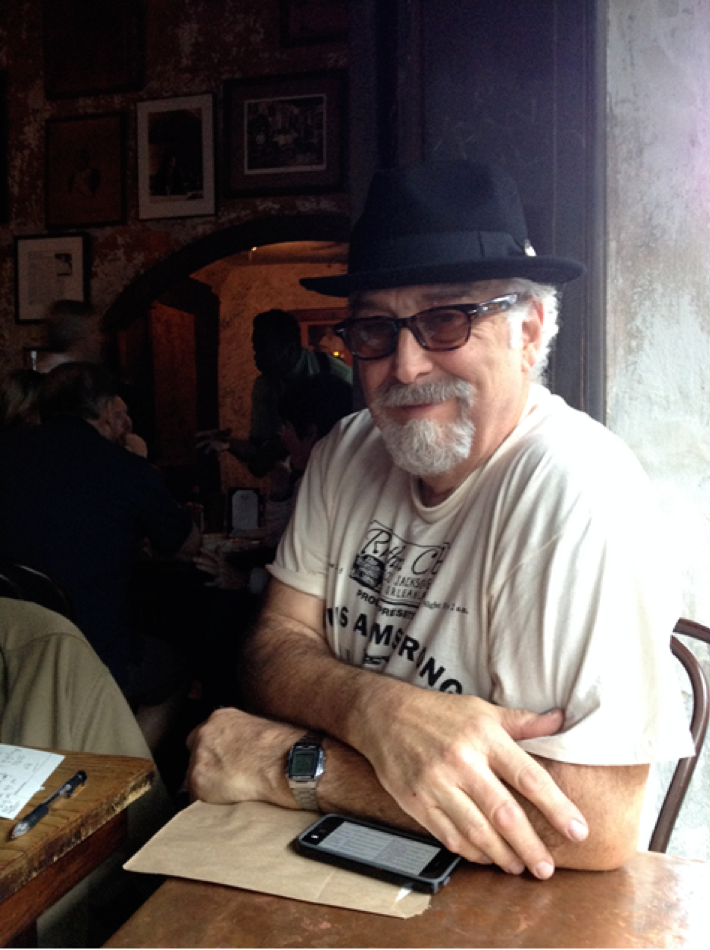 Norman Courtney, the founder of the glass program at Pratt Fine Art Center and a prominent Seattle artist, passed away in his sleep on April 29, 2017. In his memory, there will be a celebration of his life at Pratt this Saturday, June 17th, from 5 PM to 10 PM. Courtney was best known for being one of the leading figures in the Seattle glass art community during the 1970s, and helped to build Pratt from the ground up in order to bring arts and craftsmanship opportunities at little to no cost to lower-income citizens of Seattle. After Pratt opened in 1979. Courtney taught classes in glassblowing and casting as well as stained glass, and even built much of the equipment. He directed the glass program at Pratt until 1982, after which he remained on the advisory board until 2003. To his friends and family, Courtney was a figure of life, laughter and kindness who lived life to the fullest and cared deeply for his friends and neighbors.

In Seattle and at Pratt, Courtney pioneered sandcasting. Learning the skill from Bertil Vallien in Sweden, Courtney was the first person to ever cast glass at Pilchuck, where he was on faculty from 1974 until 1992. He continued to work with Vallien at Pilchuck, where Courtney became the faculty coordinator after Ben Moore stepped down. He continued to work with Vallien on all of his cast work that was produced in the U.S.

As an artist, he is best known for his public art, such as the installation Nagare (1978) at Kent City Hall in Kent, Washington, and the sculpture Taking the Plunge (2002) at the community recreation center in Columbus, Missouri. His involvement with public art stemmed from a love of cast glass and its role in architecture. Courtney’s public artwork was commissioned for airports, recreation centers, radio stations, and private residencies alike, from cast glass panels to chandeliers to benches.

Courtney was a man who lived life as big as his sculptures. Originally from New Orleans, Louisiana, he fully embraced the Nola lifestyle of celebrating life every day of the year. According to friend and collaborator Charles Parriott, who spoke with GLASS on the phone, “He was a real gourmet. He loved food, he loved great stuff to drink, and he loved music. That’s really the three things that come to mind.”

For instance, Parriott spoke of many a Mardi Gras in Seattle spent at the Virginia Inn, a bar near where both of them lived, where the two of them along with German musician and friend Trimpin would pass around various horns “and just sit around and play, you know, pseudo-New Orleans street music,” he said.

“He was just an intuitive person,” Parriott said. He continued to tell a story about one night after a long evening of casting, when Courtney, Parriott, and a few others were to meet up at a restaurant in Seattle. When the waitress mistook Parriott, who was looking worn down after casting all through the night, for a ruffian come in to beg for money or food, Parriott took offense. But, just before he could let loose on the waitress and say something insulting, Courtney leaned over, covered his mouth with his hand, and said, “I’ll just have another for my friend here, okay?” And just like that, the tension was over. “Anyway, he just had the capacity to intercede before things got out of hand. He was a great diplomat, though he was not very diplomatic. He made things happen,” Parriott said.

And if it weren’t for Courtney making things happen, the Seattle glass community would be very different than it is today. His legacy thrives all over the country—in the careers of young artists that Pratt continues to train and inspire, in the public sculptures and installations that thousands, will engage with every day, and in the lives of his family, friends, neighbors and colleagues, with whom he will always remain.

See a lovely video portrait of Courtney from 2007: