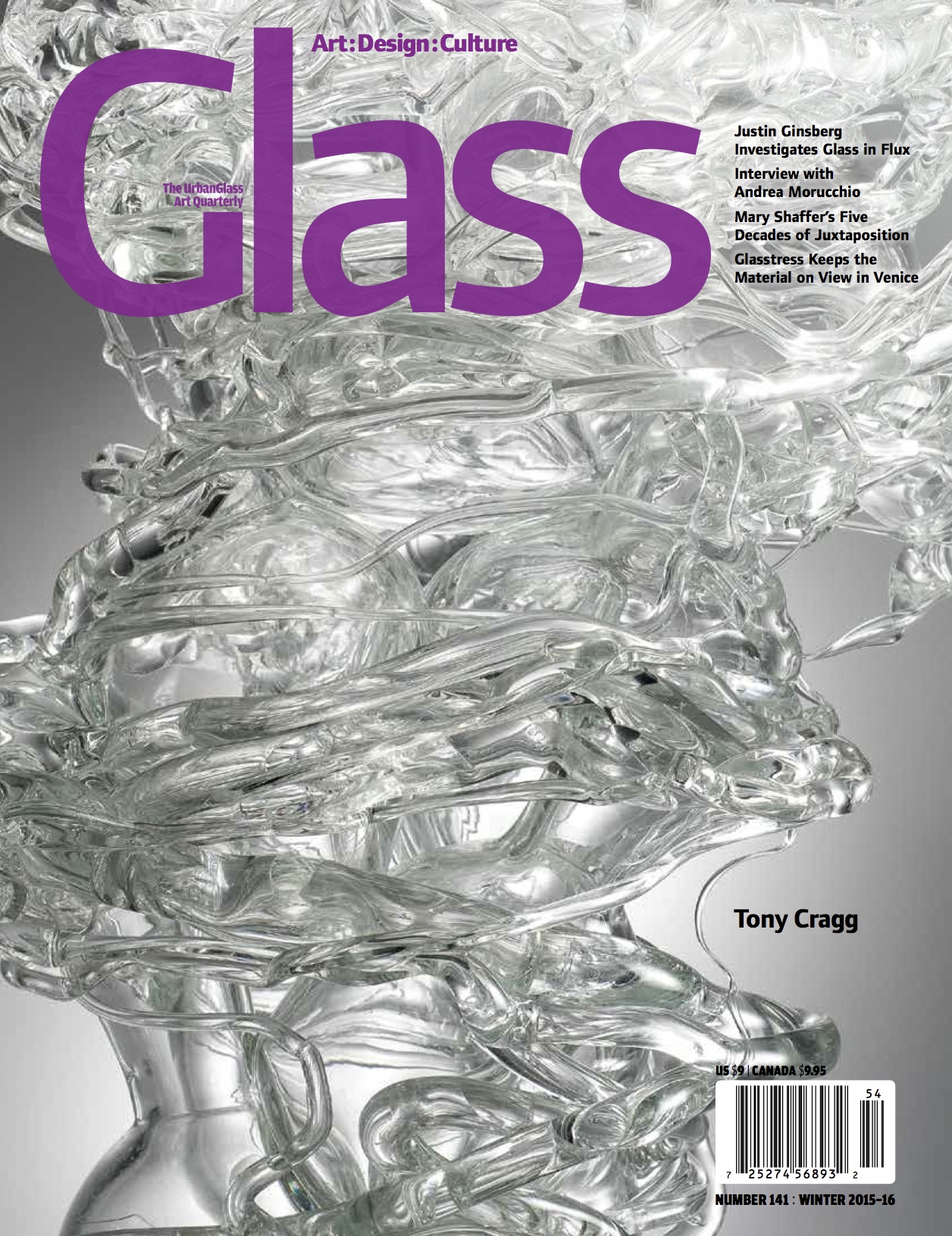 The Winter 2015-16 edition of GLASS: The UrbanGlass Art Quarterly (#141) is hitting newsstands and subscriber mailboxes this week. On the cover is a detail of an exuberant work by Tony Cragg, which was exhibited as part of the fourth iteration of Glasstress, a collateral exhibition at the 2015 Venice Biennale. Cragg is one of more than 150 contemporary artists who have taken Adriano Berengo up on the offer to come to his Murano studios to realize work in glass with the assistance of a team of highly skilled glass masters. Cragg exhibited work at the very first Glastress in 2009, his participation giving the event added prestige as he also represented his native Britain in the main Venice Biennale in 1988. Cragg chooses materials for their ability to behave according to a set of rules and processes, building up cross sections into sculptures that vibrate with rotational energy, which is especially appropriate for working with glass, something he's done since his early works with found objects. Cragg's untitled work on the cover is a fitting image for the new issue which features artists who embrace the material's unique properties and process in service of very different visions. 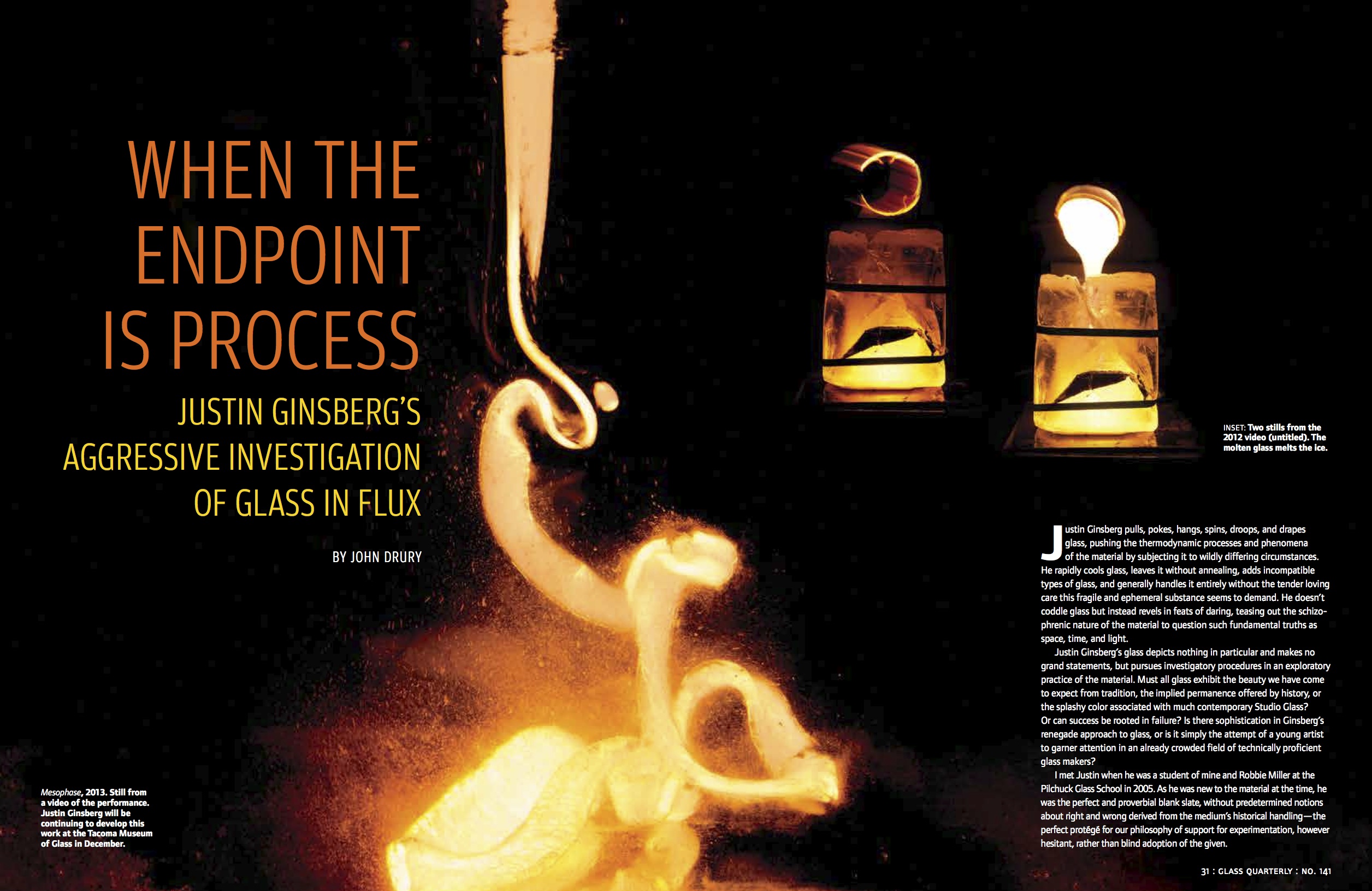 Justin Ginsberg's approach to glass has much in common with the early Studio Glass pioneers, according to frequent GLASS contributor John Drury, who celebrates the up-and-coming artist's muscular experimentation with the material, including his performance videos in which glass is pushed to the limits. "He doesn't coddle glass but instead revels in feats of daring, teasing out the schizophrenic nature of the material to question such fundamental truths as space, time, and light," Drury writes. 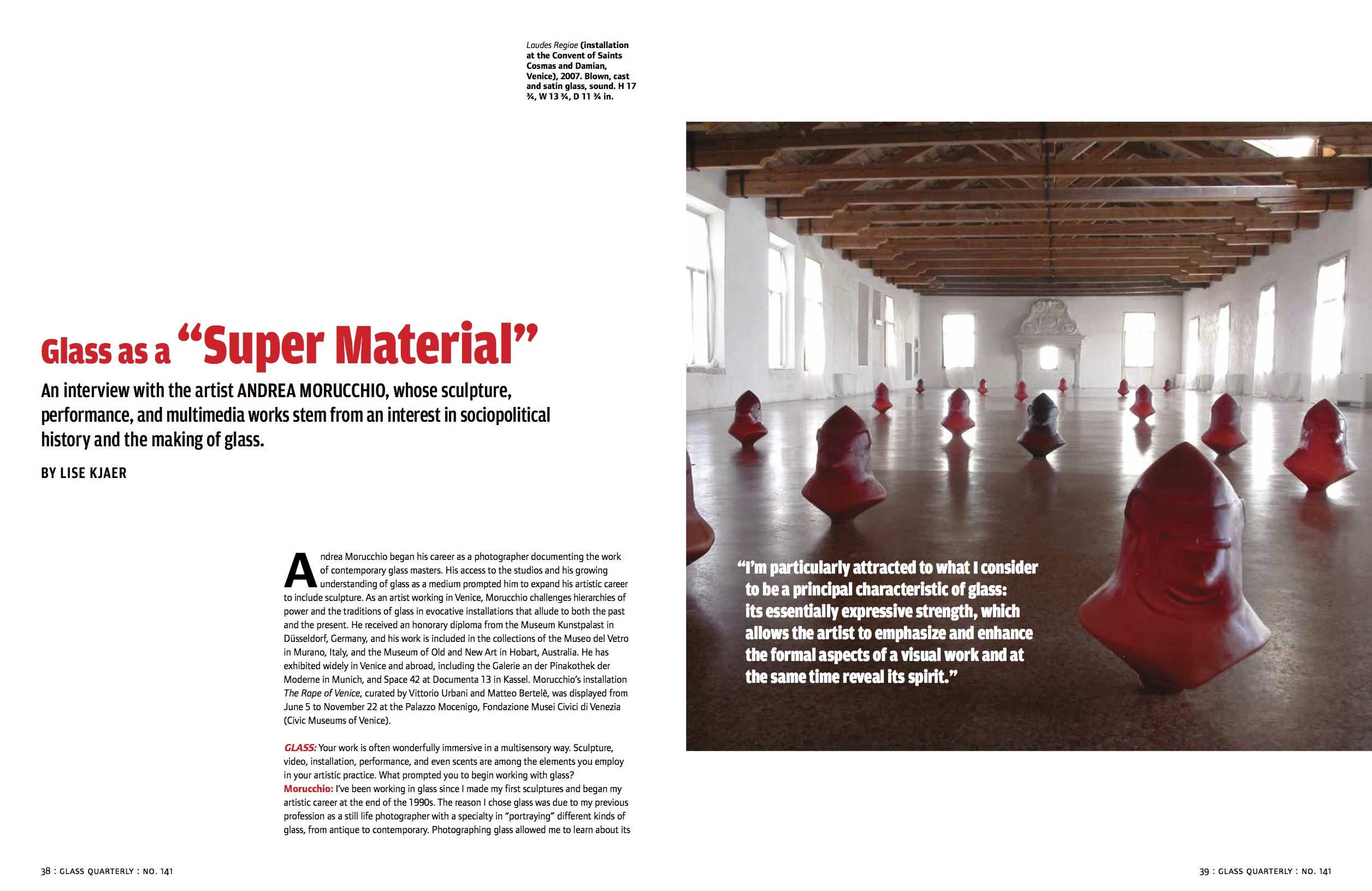 Critic Lise Kjaer interviews Andrea Morucchio, who began his career photographing glass before recognizing its unique potential as a "super material" for art, which he now uses it to create installations that critque the threats to Venetian culture represented by tourism, globalization, and international energy prices. 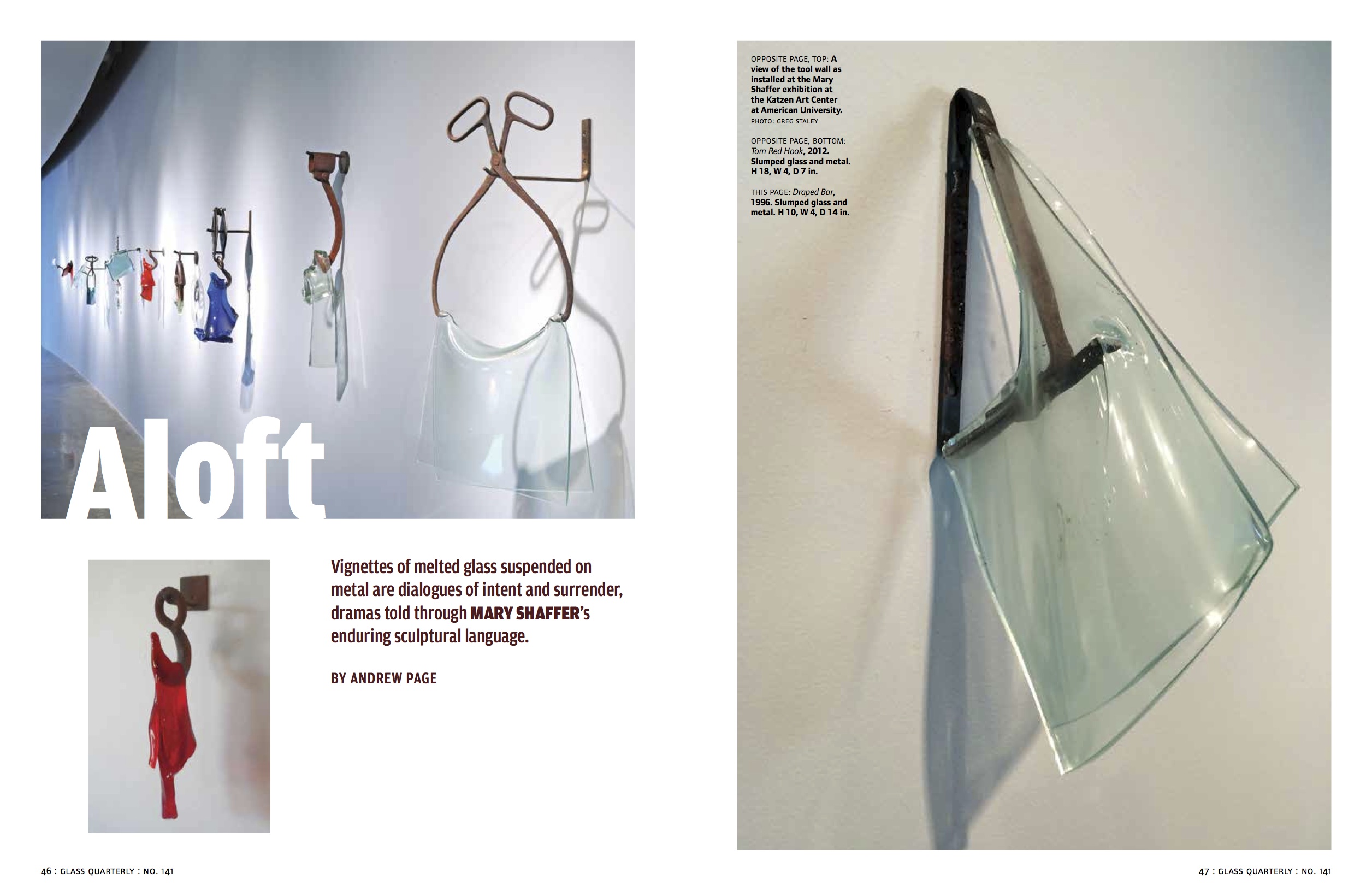 The work of Mary Shaffer, whose 50-year career was recently celebrated in a retrospective exhibition at the Katzen Art Cetner at American University in Washington, D.C., is discussed in a feature article. Known for the language of slumped glass which she pioneered and perfected, the opportunity to see a broad range of her works revelaed the articulate visual language Shaffer mastered, one that evokes a range of associations, from "tears welling up, ice melting, and symbolic abstractions suggesting the defiance of gravity and vertigo as well as pregnancy and potential."

GLASS #141 includes three individual exhibition reviews of shows of work by Benjamin Johnson, Beth Lipman, and Josiah McElheny, as well as a group exhibition at the new Pilchuck gallery space in Seattle. An In Memoriam piece eulogizing the late ontime editor of GLASS Quarterly John Perreault closes out the issue.