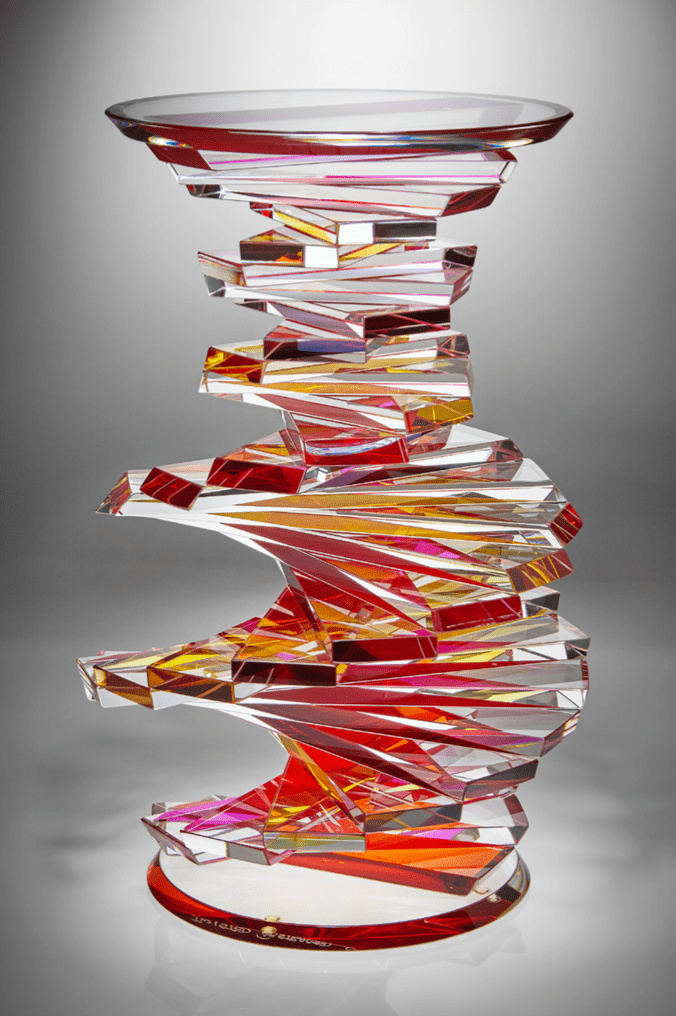 Sidney Hutter, who has witnessed both the beginnings of Studio Glass, its growth, and current transitional moment, is highly tuned to the advancing technology, economic highs and lows, and the ever-shifting interests of collectors and galleries. The arc of his 40-year career can be observed in a retrospective exhibition now on view at the Sandwich Glass Museum through October 29, 2017. The GLASS Quarterly Hot Sheet recently took the opportunity of this career-spanning exhibition to talk with Hutter about his signature explorations of glass vessels that subvert function, as well as his observations of how the glass art world has changed since he began building vessel forms out of plate glass while still a graduate student at MassArt.

Hutter began creating his iconic non-functional plate glass vessel sculptures after a fire temporarily closed the glass studio during his second year in the graduate glass program at the Massachusetts College of Art, As he began to experiment with plate glass. He came up with his iconic layered vessels, subverting a timeless form with works that defied the categorization as decorative art or design. Plus, he had always like the traditional vessel form. “I find it to be sort of one of glass’s universal images,” he said in a phone interview with GLASS Quarterly Hot Sheet. “Throughout history people have made vessels of different kinds, and so I make vessels that are a totally different kind because they’re non-functional. So they’re really not vessels, they’re descriptions of vessels.”

By making the vessels completely solid, Hutter erased the possibility of them ever holding anything with the idea that the only thing left is art. “It doesn’t have anything to do with containing liquids, which the whole idea of making vessels was," Hutter said. "They used to be for either holding wine or olive oil or some other kind of liquid. These don’t hold anything, so you’re looking at sculpture,” he said.

The unique look of his vessels is attained with meticulous, almost obsessive coldworking techniques and pigmented or dyed ultraviolet adhesives, depending on the desired opacity and deepness. Hutter developed many of his adhesive formulas himself, experimenting with different mixtures until the colors were just what he needed. These formulas, as well as the different forms of adhesive available, are just one of the many changes and advancements that Hutter has encountered during his career. “Things that I couldn’t do 15, 20 years ago, I can do very easily now because the chemistry has really changed,” he said. 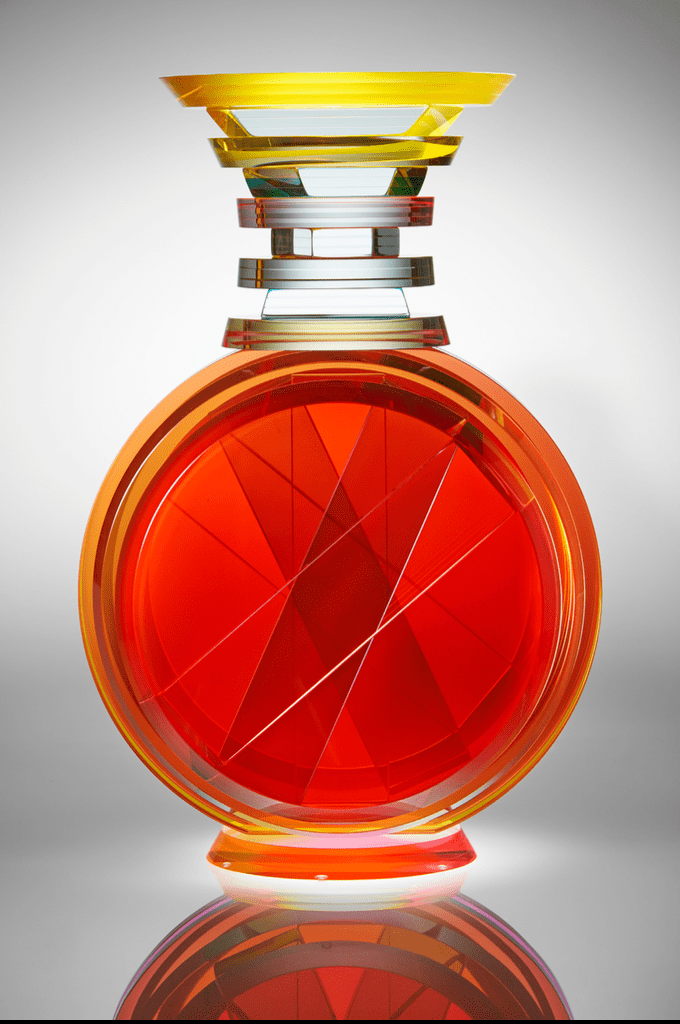 Along with technology, the glass industry itself has changed dramatically since Hutter began creating his vessels, and long before that. The Sandwich Glass Museum showcases a range of regionally made glass from the 1700s on, particularly emphasizing factory-made objects from the Boston-Sandwich Glass Company, which closed in 1888, and Pairpoint Glass, which was founded in 1837 and is still in operation on Cape Cod today. After a lull of almost a century in the industry after the Boston-Sandwich Company shut down, the Studio Glass Movement brought the Cape Cod glass industry back to life with a boom of art glass, and is still a hotspot for contemporary glass artists. The Sandwich Glass Museum strives to showcase local glassmakers and artists from all of these periods. Katie Campbell, the museum’s executive director, said in a phone interview that “You can’t understand the future of glass until you understand the past of glass. So we try to tell the whole story. And glass isn’t stopping; people are making new changes in glass every day, and we want to reflect that, especially for this region.”

Though Hutter lives about an hour’s drive away in Auburndale, by having this show at the Sandwich Museum he is bringing a new dimension to this ongoing narrative of glass in eastern Massachusetts. “There’s this history of what was made there, and then my work is in the middle of this,” he said. “It feels good to know that I’m part of that history.” One of the ways in which Hutter has become a part of that history is by bridging the gap between the industrial and the artistic, as the plate glass that he uses was once strictly used for utilitarian purposes. “I think the cool thing about Sidney’s work is that the material he uses is, or at least was, industrial in nature,” Campbell said. “Sidney has transformed it, something industrial, into something beautiful, and something that we would deem as art.”

Of course, the world of glass has changed since the birth of studio glass as well, for better or for worse. For example, the number of collectors and galleries buying and selling glass art is shrinking, yet studios are more accessible to hobbyists than ever. “Definitely a change has happened. When you talk to any glass artist, they’ll say that it’s not like it was,” Hutter said.

In response, artists are being forced to adapt. In a world where more and more art buyers are looking for discounts, or are more content to look at Instagram photos of art rather than purchase it, functionality is becoming more and more of a selling point, and necessarily for art to survive. Thus, artists such as Hutter have been looking to the design field to supplement their sculptures. “I’m thinking about trying to figure out products I can make that people would wanna buy to include in their home,” he said.

Still, conflicts arise in jockeying between the worlds of art and functional design. “People pay a significant amount of money to have something that has no function,” Hutter said. “In the 80s, I made some lighting, and it didn’t sell for anywhere close to the sculptural prices, but it was functional. And I used to say to some of the galleries, like, just take the bulb out of it and it’ll be a sculpture.”

No matter the economic climate, artists like Sidney Hutter will continue to create not for profit, but for a love of the craft and a drive to work with the material. Looking back on 40 years of his work, the precision and evolution of his work makes evident his passion for the sculptures he makes, and, of course, showcases their beauty. “It is the love of my life,” he said. “It’s definitely insidious, and it gets in you and you can’t get away from it.”