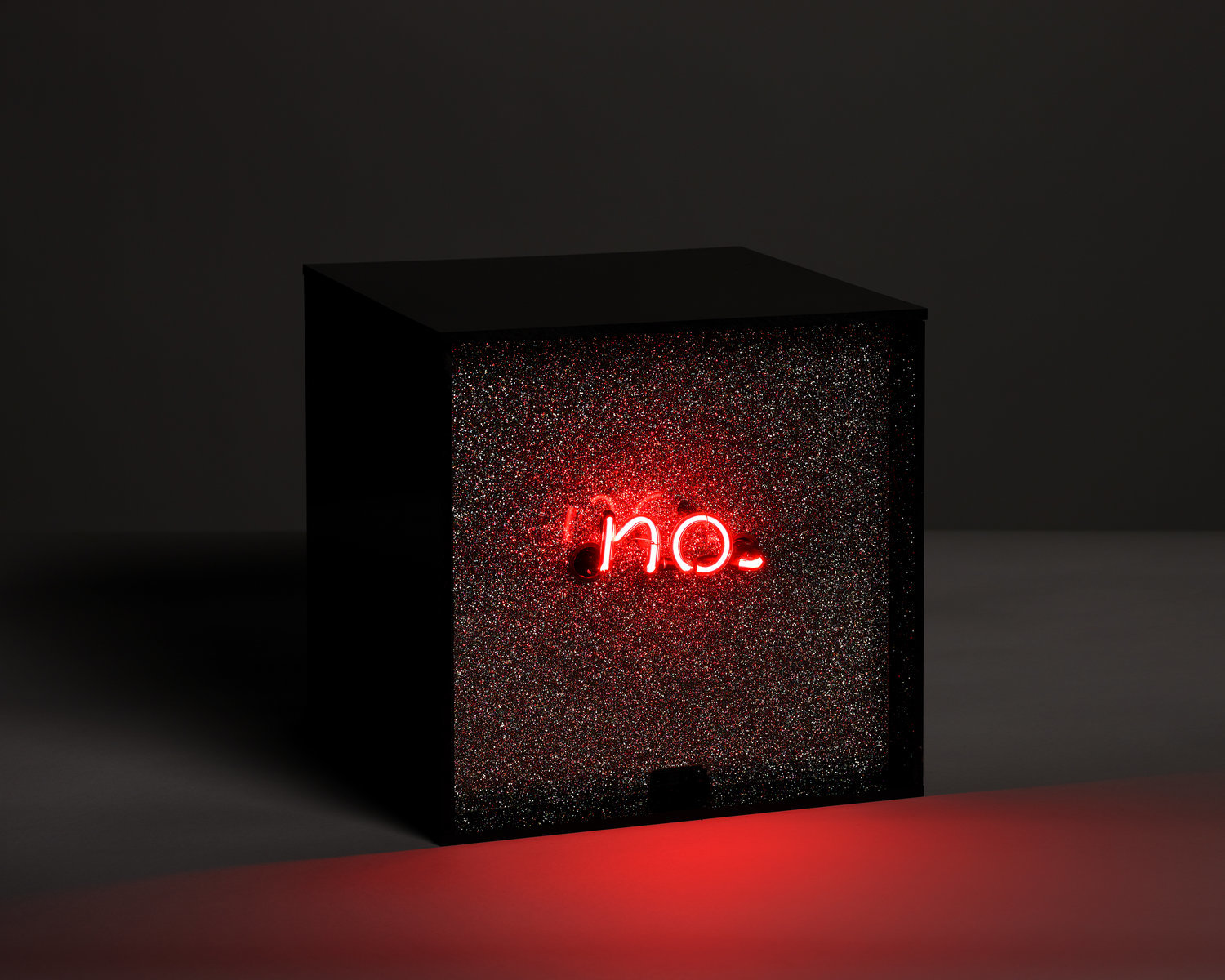 Artists Matthew Day Perez and Kate Hush asked 10 artists to consider language, which can be especially charged for those in the LGBTQ community. Building on the success of their provocatively named business venture, FagSigns, Perez and Hush then fabricated the artists' ideas into working neon signs, which are debuting at an exhibition that opens this evening, June 27, 2019, at Heller Gallery in New York City. The show entitled "Collaborations with Queer Voices," which is timed to Pride month and the 50th anniversary of the Stonewall Uprising, continues FagSign's conversation about neon's role in electrifying the voices of marginalized individuals.

FagSigns was founded as a venture to tie Perez and Hush's own art practices into a project that could empower the queer community. FagSigns unpacks and reframes the use of language and recontextualizes words that may be used against people with marginalized identities. A kickstarter campaign was launched to fund the bold idea, and the campaign reached its initial goal, allowing it to make neon affordable and approachable. One of the main products for FagSigns is a custom-made one-word neon sign, where a customer chooses the word they wish to reclaim for themselves and display in bold colors. This dedication to celebrating identity, specifically by reclaiming language, is central to their project.

Perez and Hush developed an idea for an exhibit that could continue the celebration of identity through neon. Perez told Glass that there was a lot of energy following the kickstarter, and an exhibit opening seemed to be an exciting follow-up to that momentum.

“In the spirit of celebrating NYC Pride, World Pride, and 50 years of Stonewall, I thought it would be a great moment,” Perez told Glass.

“What’s really fantastic is we have writers, activists, makers, illustrators, people that don’t necessarily engage with the fine art world but they’re creative in their own right. It really rounds out the show; we curated a whole range of individuals with the premise of premeditating on words,” Perez said.

The work created celebrates identity boldly and beautifully, and creates layered narratives to understand how identity shapes our worldview. Thomas Page McBee, a writer whose contribution unpacks the phrase, “self made,” encourages people to consider how none of us are made by ourselves. Gabriella Grimes, a black queer artist from New York City, created a neon illustration of a femme couple that is intimate and glows with color and unity.

The brash and bold images that may come to mind with neon signage contrasts with the studied and intuitive meditation on language throughout the works. “Neon provides an exciting visual experience and while it is a familiar and nostalgic medium it has never lost its impact and ability to transform space and capture the viewers’ attention,” Doug Heller, owner of Heller Gallery, told Glass in an email interview. While neon relies on bright colors and easily digestible symbols and words, the work created combines this boldness with contemplation.

“Neon signage is so bombastic, so loud that it harkens back to old marketing signage that would be everywhere in New York back in the day, but this is a lovely moment to afford others to use their voice, say something with it,” Perez said. “A lot of them say a lot.”

Deborah Czeresko's, "Oh God,” is curious and intriguing, made up of a small sculpture of modern-day Joan of Arc surrounded by neon flames. ALOK, a gender non-conforming artist, created a piece titled GirlBoy, which aligns the two words so they both parallel one another and seem to fit together. Each work carries forward the conversation about identity, while also is distinct in personality and tone.

While artists were invited to select specific words that held meaning for them, Perez said that artists did not create from an urge to reclaim, but in the spirit of highlighting how various identities and perspectives can pose bold ideas.

“I think of it as exulting or shouting or opening the space up. Nobody created work that was in a place of, ‘oh I need to say this because I feel xyz.’ A lot of the work is a celebration of their identities and who they are,” Matthew Day Perez said.

This diversity amongst creation compliments how varied conversations surrounding identity can be. While we celebrate Pride Month in 2019, that comes from a long and thorny past of discrimination. And while marginalized voices are being celebrated in this exhibit, there are still strides to be made in diversifying the art we see, hear, and feel.

"The artworks they’ve produced for the exhibition range from pieces with a visual language that is confrontational, to others more subtle and lyrical in nature," Doug Heller said. "They speak of the power of love and resistance."

The exhibit is a colorful celebration of individuality as well as of the LGBTQ community. It speaks of journeys to understanding our identities, which can take time, and electrifies the language we use brightly. In addition, the exhibit is an important moment for FagSigns as it continues to explore how neon can be used to serve marginalized groups.

“This is [FagSign’s] first exhibition and the ambitious concept and demanding execution necessary for the show has challenged and pushed the studio in several ways,” Doug Heller said over email. “It’s fair to say this is their 'coming out' party.”

Perez noted that while the exhibit's production had challenging elements, the end result was worth the minutiae.

"All shows demand an artist or entity to push themselves or the concept," Perez said. "Several of these individuals have never worked in glass or in neon so we really had to tease out what they were trying to get at while simultaneously working within the parameters of time and feasibility. It was challenging in so many ways but I think the overall result is really wonderful and incredibly powerful."

The exhibit will hopefully encourage other parts of the art world to diversify and find ways to celebrate marginalized voices, Perez said.

“We’re trying to poke at the establishment, mess with norms, and say, there’s a whole swath of people not involved in glass— let’s try to give them the platform,” Perez said.

Other galleries offering LGBTQ-specific exhibits have taken place this Pride month-- including at Pilchuck Glass School in Seattle and the Museum of Glass in Tacoma, Washington.