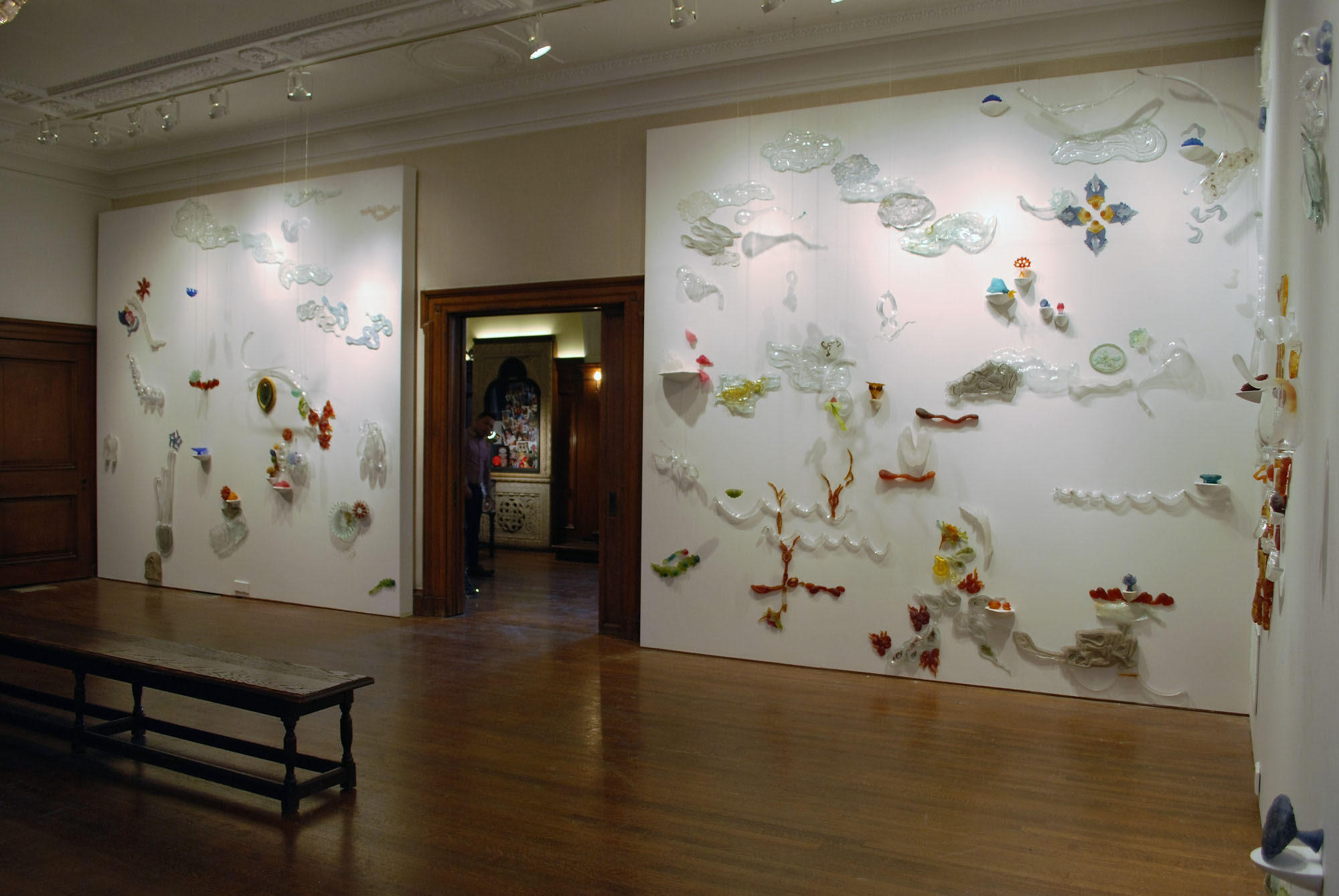 When glass artists Anna Boothe and Nancy Cohen come together, artistic accidents are embraced. Instead of tossing aside a mistake, the two consider it important to give value to an accidental creation as part of their effort to create art with a Buddhist sensibility in mind. The artists continue their 5-year-long collaboration in a new exhibit entitled “Permutations: A Collaboration Featuring Anna Boothe and Nancy Cohen,” which will have an opening reception at the Philadelphia Art Alliance (PAA) this evening. The two began collaborating in 2012, fusing together two unique styles and a combined experience of more than 50 years working with glass. Although neither artist considers herself a practicing Buddhist, they self-consciously sought to take on on the Buddhist style of thought as a strategy in the creation of their collaborative art, and they consider the work to share the aesthetic approach of Thangka, an elaborately composed Tibetan Buddhist tradition of painting.

The artists’ collaboration, which began during a residency at the Corning Museum of Glass, explores their shared interest in the Thangka tradition. Cohen and Boothe call their ongoing project “Between Seeing and Knowing,” which expresses the idea of the intermediate stage between perception and true understanding, a concept central to Buddhism.

The new exhibit at the PAA contains a previous work that the two have expanded, as well as prints of wax molds, other two and three dimensional works and pieces that incorporate both dimensions. 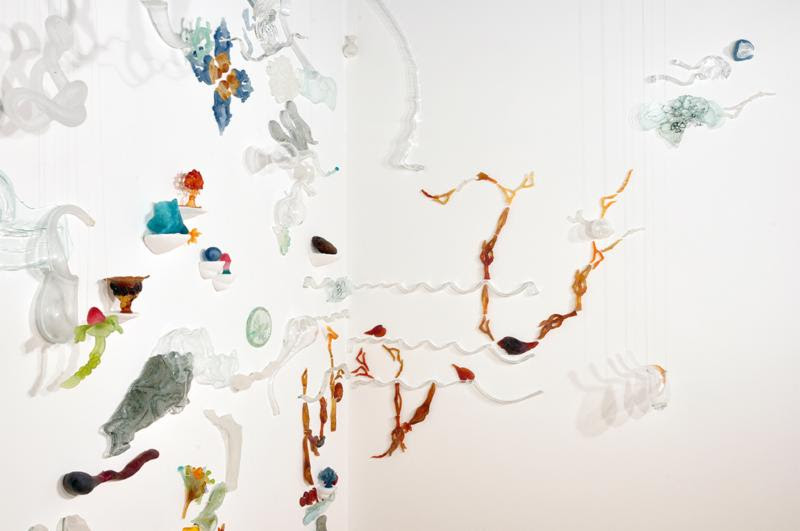 “Nancy is a whole different ballgame because we are very good friends," Boothe told the Glass Quarterly Hot Sheet in a telephone interview. "I would consider our collaboration completely integrated from all directions. Because of the nature of our friendship-- we are very bonded-- we don’t second-guess each other. She’s learning from me and I’m learning from her. In the first installation when we hadn’t worked together before, we would do a constant back and forth. This time, it was almost instantaneous,” she said. 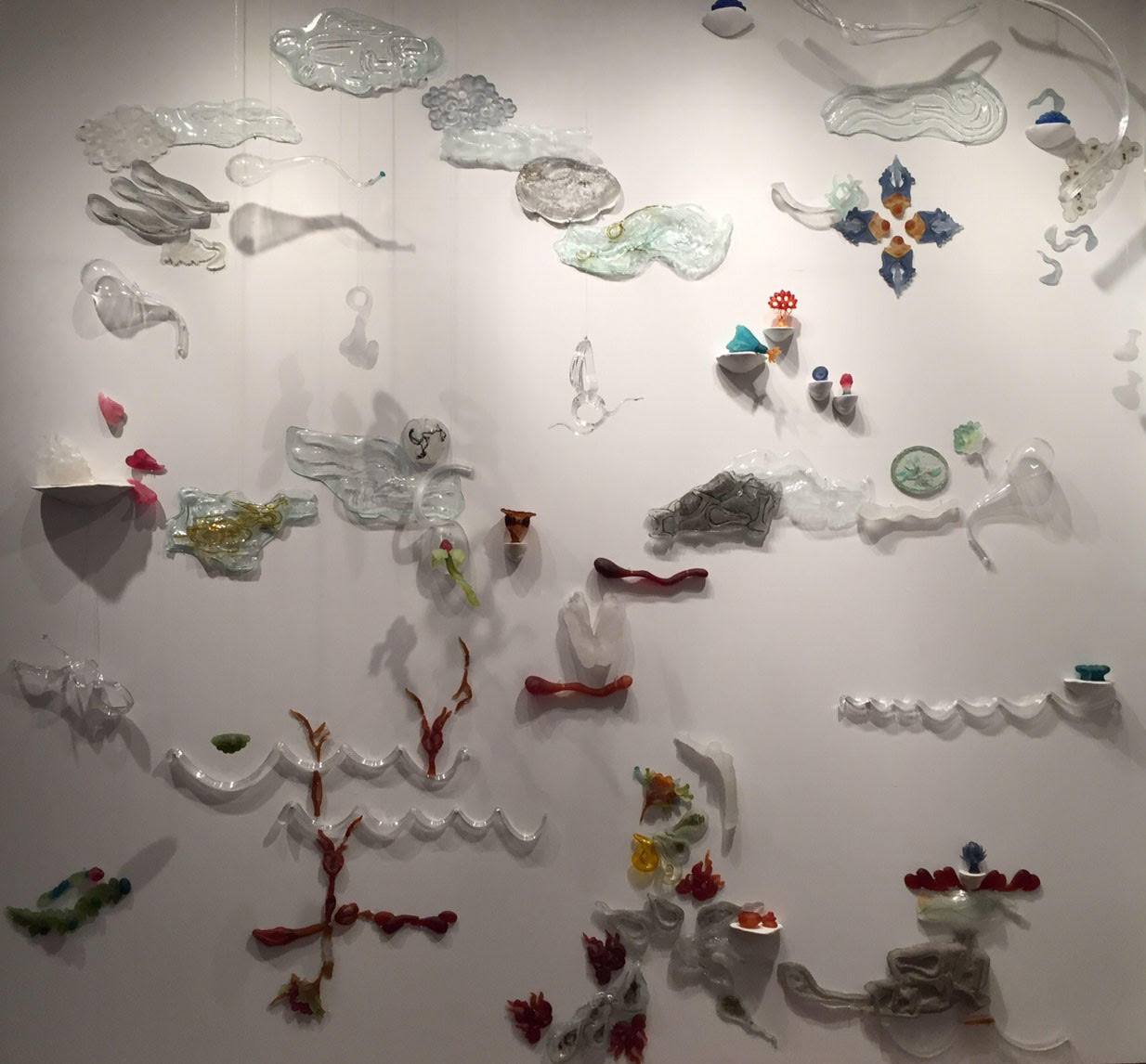 Boothe, based in Philadelphia, grew up in an "art-aware" household. She was drawn to the color and structure of narrative tableau, specifically that of the Buddhist art tradition, a natural attraction that led her to explore it in her own art. She's read extensively on Buddhism and subscribes to Buddhist tenets, and this interest has been drawn out in her shared work with Cohen. She emphasizes, however, that she is not a Buddhist.

After her collaboration with Cohen began, Boothe said, “My work has taken on a lot of the imagery that we use together. It has enriched and supported what I was doing already. I tended to throw away what I would see as accidents. Whereas, after working with Nancy, those are the things I bring out, because I’m regarding them in a whole different light.”

Cohen, who works in Jersey City, said her personal work has also changed in the process of creating art with Boothe. “I thought of glass as a transparent medium, and Anna’s work was so much more about color," she said in a telephone interview. "Since doing that work together, I use so much more color in my work. I’m thinking in color, other than the way I did before.” 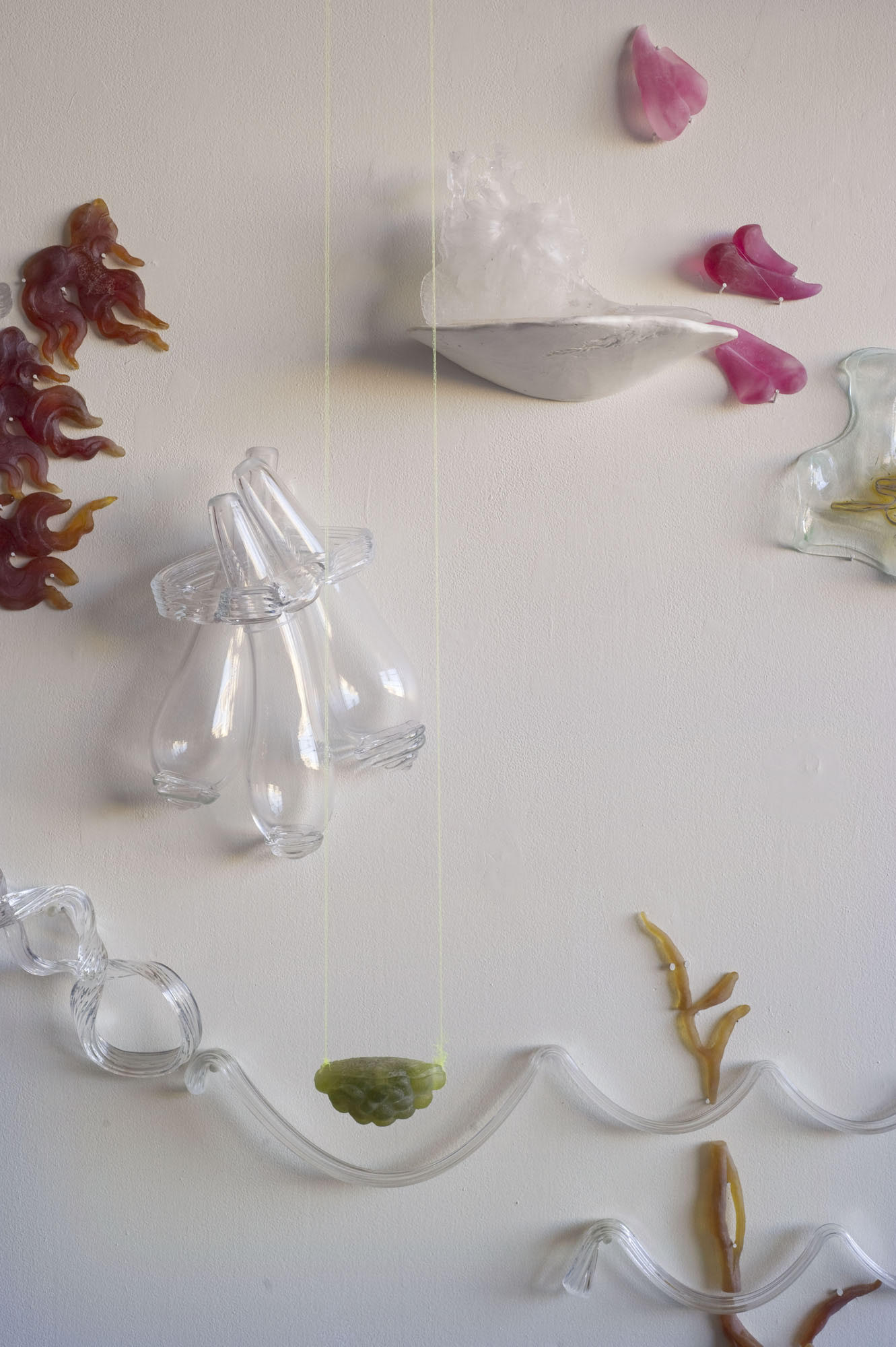 The Thangka style of painting inspired Boothe and Cohen, as the two enjoy the palette, structure and symbolism in the paintings which each represents a different aspect of Buddhism.

“We were simply taking our love of certain forms and colors and structures and absorbing those and trying to understand them in an abstract sense. We were taking the sensibility from what we saw,” Boothe said.

Asked whether they consider their art to reflect the highly ordered, meditative qualities that are hallmarks of Thangka painting, Boothe said, "Although it might not be obvious to the viewer, it takes tons of organization and it has a very specific order."

Cohen said that aspects such as the fluidity of different levels of space, time and scale influenced the work she and Boothe crafted. When it came to the artistic process, following the Thangka tradition meant being open to where things would go.

Cohen mentioned a lotus flower that is one of the forms included in the PAA exhibit. It was cast on a mold, but part of the glass poured through in the kiln. The two artists were at first disappointed that only half of the flower had molded properly, but soon came to appreciate the rest of the form, which Cohen said reminds her of a snowflake.

For Cohen, the accidental creation indicates the fluidity of life. “It’s a piece that comes together and then disintegrates. To me, that feels like what I understand about Buddhism,” she said.

The exhibit, presented on the first floor of the PAA’s Wetherill Mansion, opened on June 1st and will have a public reception on June 8 from 6-8 PM. On June 7th, the artists gave a talk moderated by Jennfer Zwilling, curator of Clay Studio.