In Einar and Jamex de la Torre previous exhibition at UrbanGlass titled, 11:58 PMAD, addressed the dystopian end of the millennium. It was 1998, 'W' seemed hell bent on dividing this wonderful experiment, called the United States of America.

This is HIGH NOON, 21 years and two presidents later. Past-Utopian is the order of the day with the executive branch waging war on patent Truth and Science perceived as the enemy. In this new climate it won't be long before we sit and watch the chickens come home to roost.

About the artists: Collaborating brothers Einar and Jamex de la Torre, were born in Guadalajara, Mexico, 1963, and 1960. In a sudden family move, the brothers moved to The United States in 1972, going from a traditional catholic school to a small California beach community. They both attended California State University at Long Beach, where Jamex got a BFA in Sculpture in 1983, while Einar decided against the utility of an art degree. Currently the brothers live and work on both sides of the border: the Guadalupe Valley in Baja California, Mexico, and San Diego. The complexities of the immigration experience, and sometimes contradicting bi-cultural identities, as well as their current life and practice on both sides of border inform their narrative and aesthetics.

The brothers have been collaborating in earnest since the 1990's. Over the years they have developed their signature style featuring mixed-media work with blown glass sculpture and installation art. Their pieces represent a multifaceted view of life, reflecting a complex and humorous aesthetic. Their approach is additive, constantly combining material and meaning, described by the artists as multi-layered baroque. Their influences range from religious iconography to German expressionism while also paying homage to Mexican vernacular arts and pre-Columbian art. In recent years, they have been experimenting with lenticular printing and creating photo-mural installations. They have won The USA Artists Fellowship award, The Louis Comfort Tiffany Award, The Joan Mitchell Foundation Award, The San Diego Foundation Grant Award and The San Diego Art Prize. They have had 18 solo museum exhibitions at museums around the world including the National Museum of Mexican Art, Chicago, IL; the Museum of Glass, Tacoma, WA; and the Glazen Huis, Lemmel, Belgium;  completed eight major public art projects ranging from Tijuana, Mexico to Toulouse, France; and have participated in four international biennales.

About the curator: Ben Wright is an artist, thinker and curator based in Seattle, WA.  His background in evolutionary biology figures strongly in his artwork, which delves deeply into the ever-evolving relationship between humans and their environment. His work has most recently been exhibited at the Center for Book Arts, WPA Architects Gallery, The Shelburne Museum and BWA SiC gallery in Wroclaw, Poland. Curatorial projects included The New Classics at the Islip Art Museum, the 2017 New Glass Review published by Corning Museum, Pushing Buttons at UrbanGlass and Symbiotic Spheres at the Museum of American Glass at Wheaton Arts. He has taught his unique approach to art making at numerous schools including Pilchuck Glass School, Penland School of Craft, Ox Bow School of Art, UrbanGlass, New York, the University of the Arts in Philadelphia and abroad in Germany, Turkey, Australia, Denmark, Poland, and Japan. Ben is currently the Artistic Director of Pilchuck Glass School. 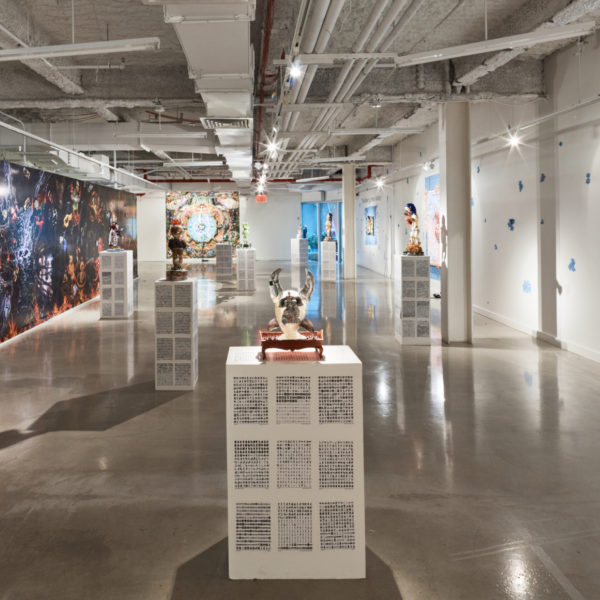 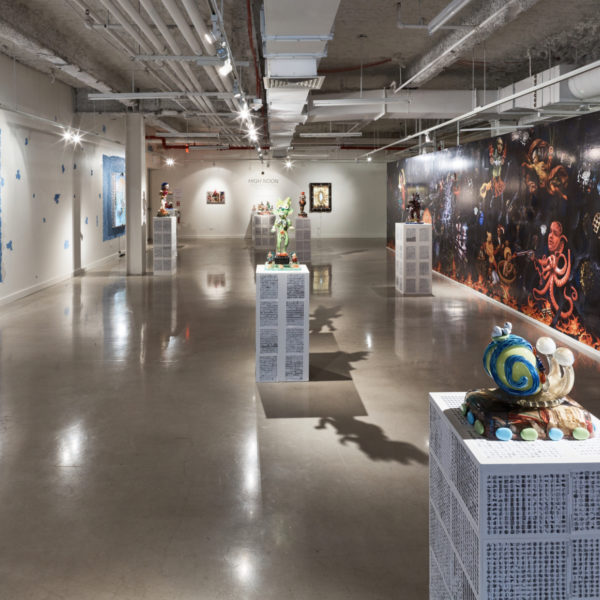 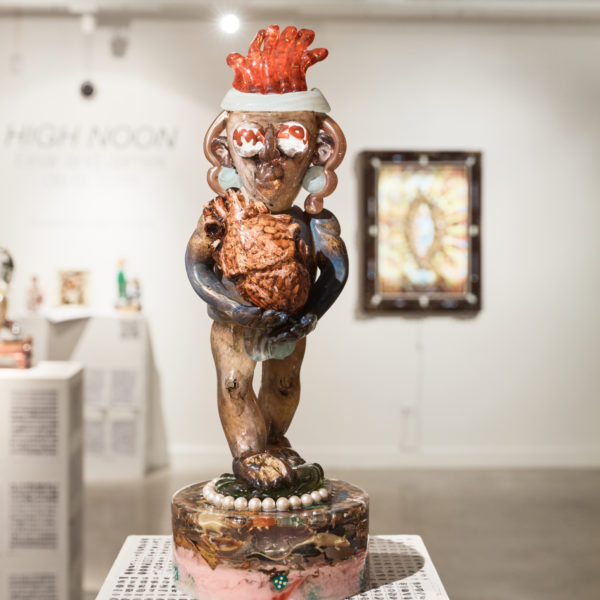 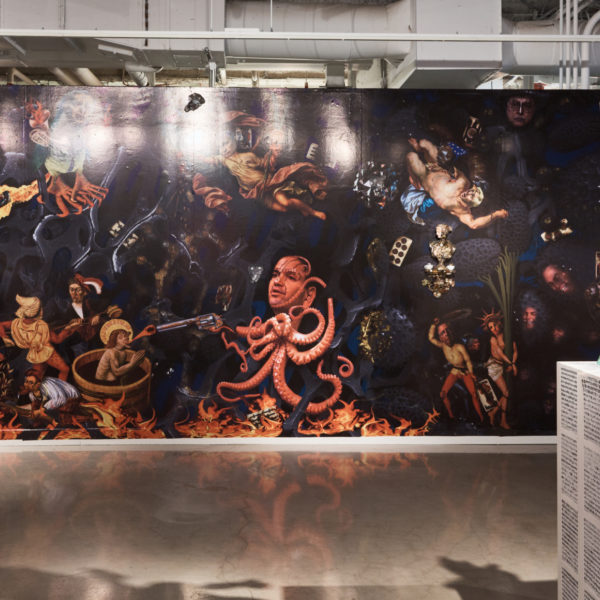 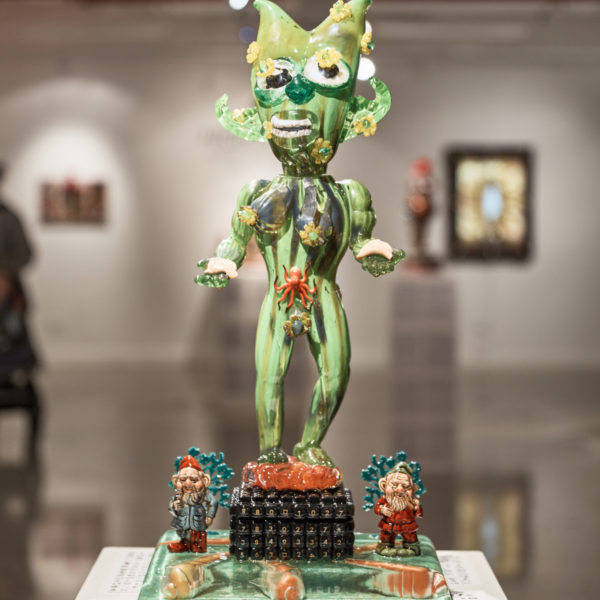 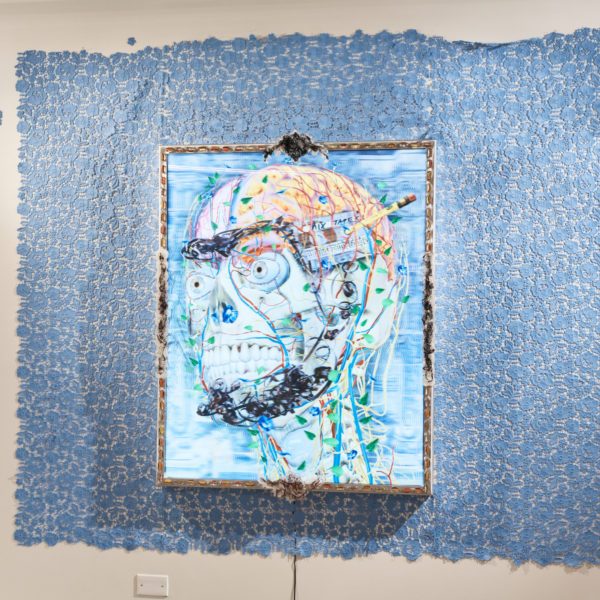 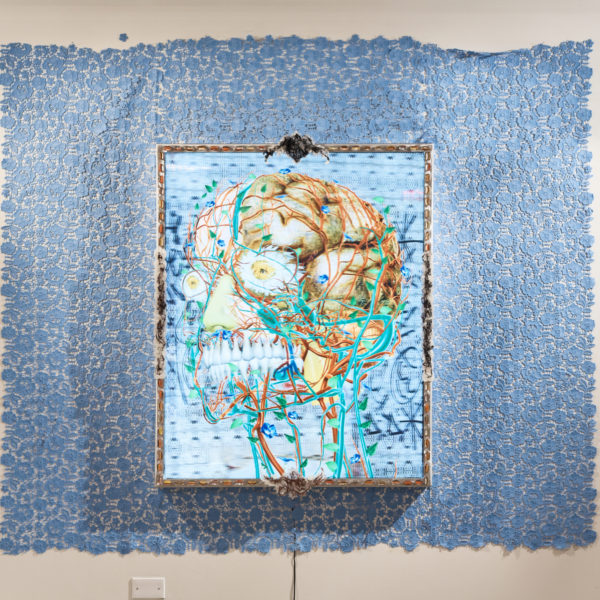 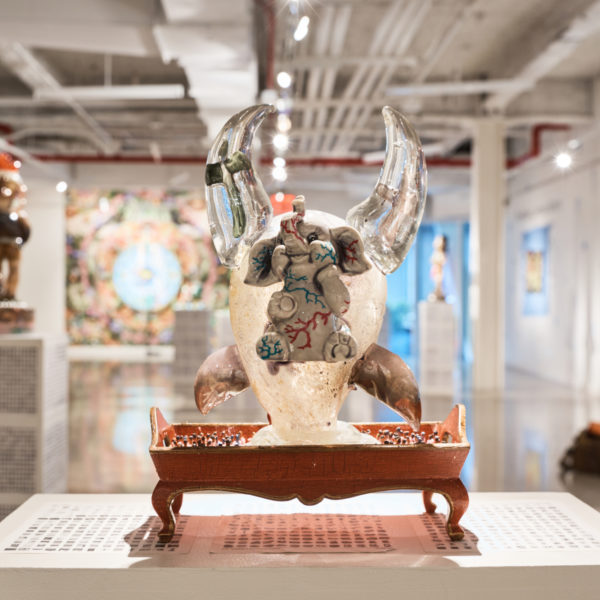 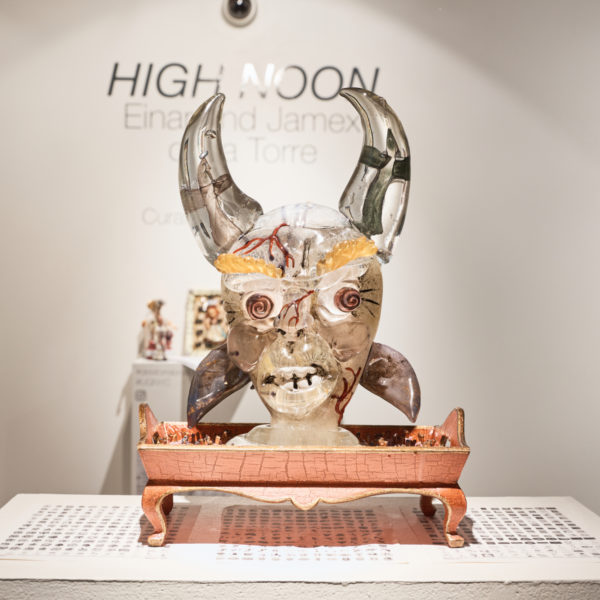 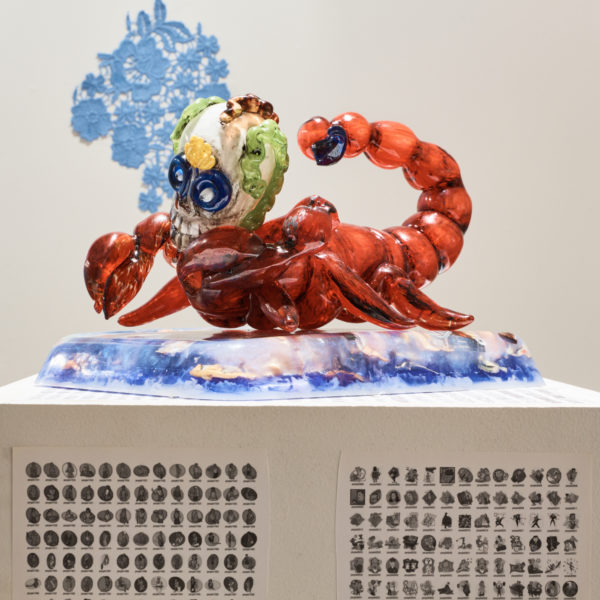 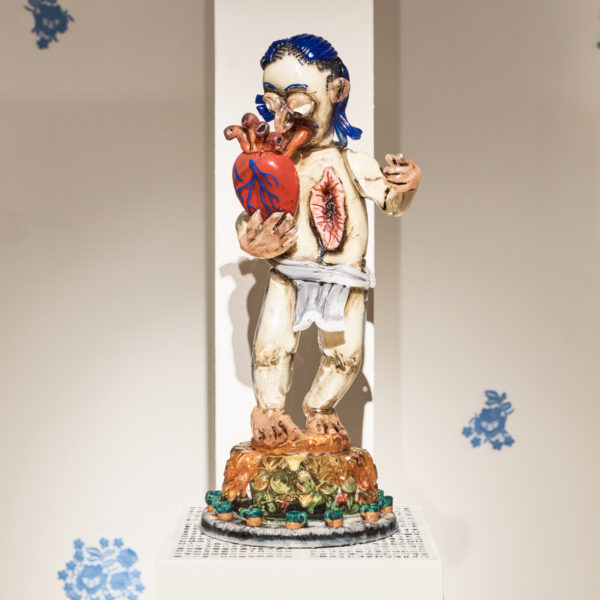 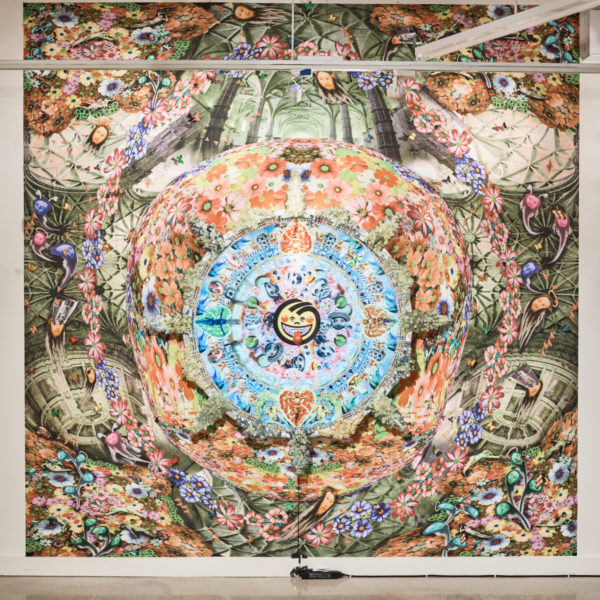 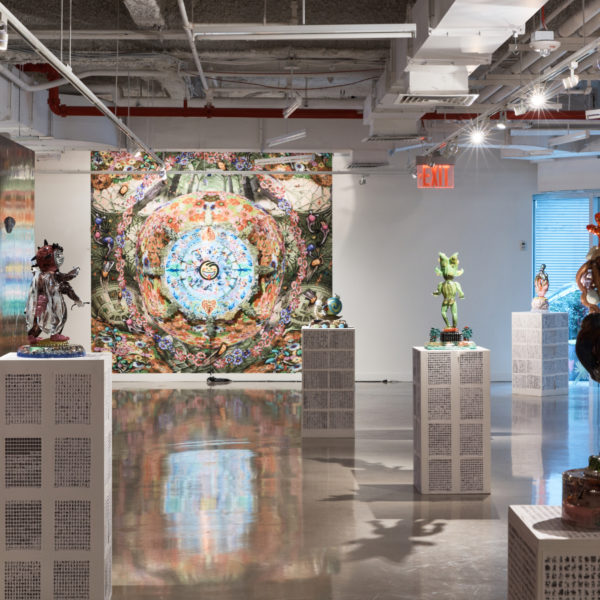 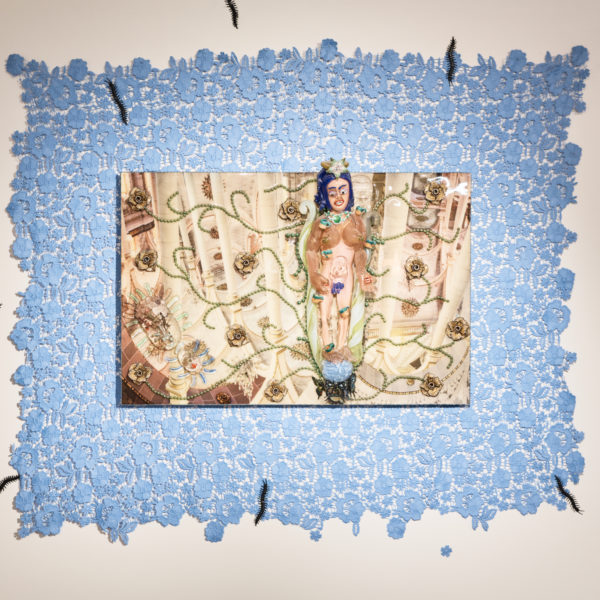 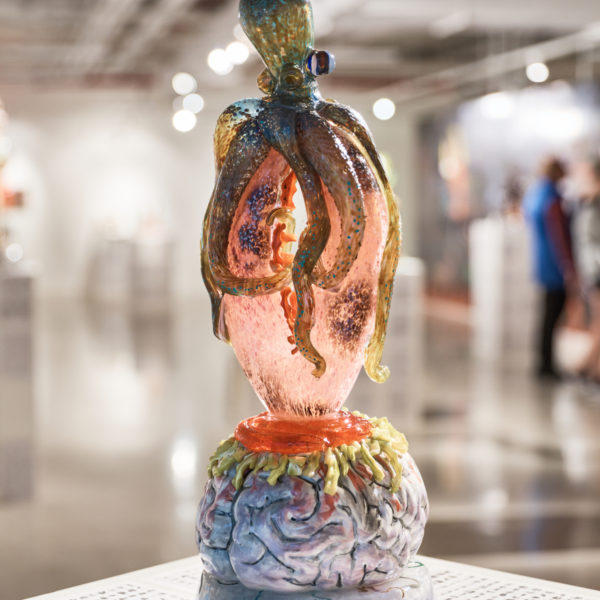 Brothers Einar and Jamex de la Torre have been collaborating since the mid-nineties. 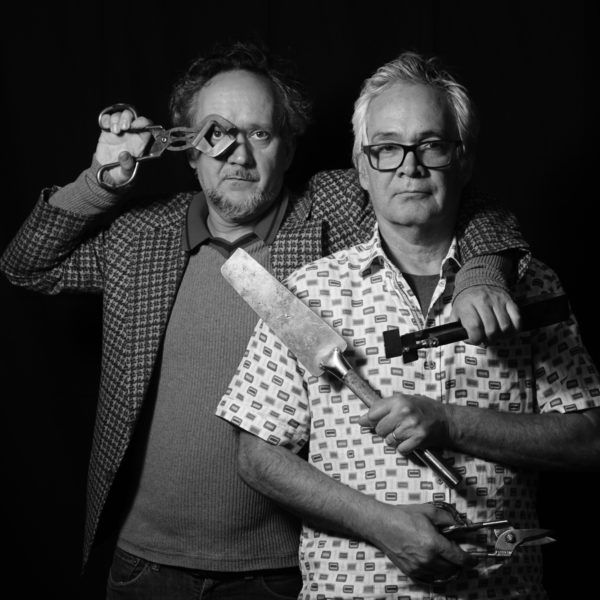