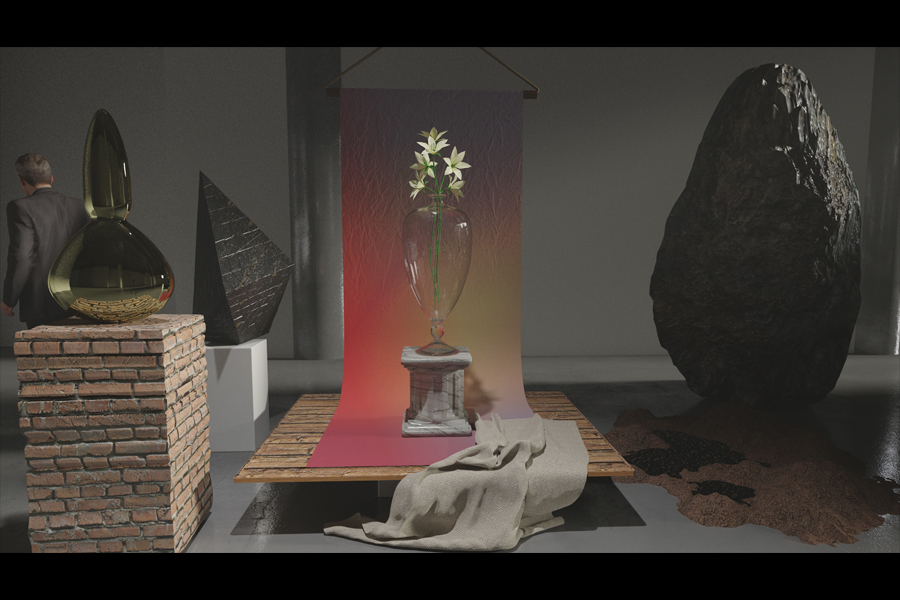 Tim Belliveau will be joining the UrbanGlass team as the new Education Coordinator.  We caught up with Tim to get to discuss his advance into the art world and get to know him a little better. Read more about his approach to the medium of glass and what he envisions for the future.

UrbanGlass: Where are you from originally? And what/where did you study?

Tim Belliveau: I was born in Montreal and studied glass at the Alberta College of Art and Design in Calgary, Alberta. I co-founded my studio, Bee Kingdom there as well with Ryan Fairweather and Phillip Bandura.  Later I attended Concordia University in Montreal for an MFA in Fibres and Material Practices.

UrbanGlass: How does your studio practice inform your teaching?

Tim Belliveau: I've been using 3D software to model scenes and still lives, some of have a lot of glass. I rely on my experience in making real glass to influence how I model it on computer. When I'm in the hotshop, I've been using 3D printed stamps to texture large vessel forms as well.  There's a back-and-forth between the virtual and physical pieces I'm making right now.

UrbanGlass: What most excites you about living in New York City?

Tim Belliveau: I'm very new to the city, so of course its overwhelming to have access to so many amazing museums and galleries but I have to say that the Bodegas and corner stores in the city are incredible - you can get a great sandwich at 3am and hear strangers telling their life stories at random in there. Its pretty special.