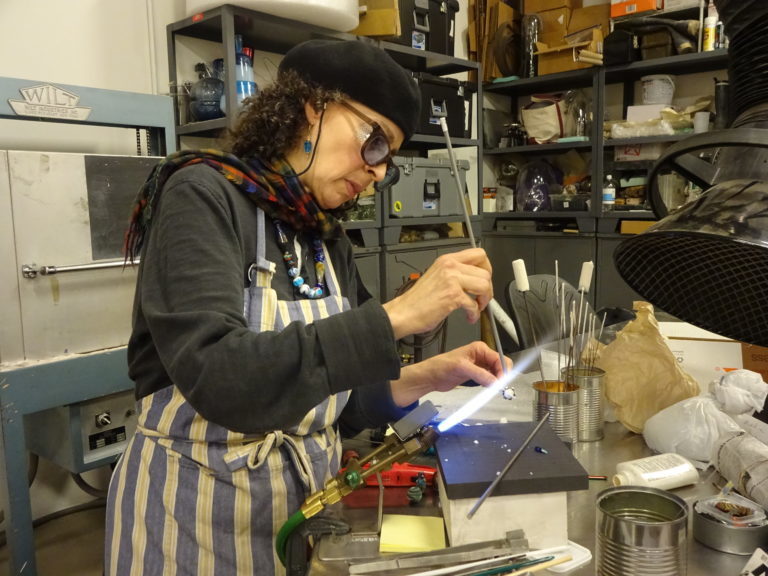 When Lilly Burgos first saw an ad for The Bead Project on her Facebook feed, she brushed it off. Although she was interested in this free beadmaking course for low-income women offered by UrbanGlass, Burgos doubted that she would be accepted into the scholarship program.

“I was like, ‘Nah! A scholarship? You know they’re not going to give it to me,’” she recalled thinking. “I’m not going to be able to do it.”

But a month later the same UrbanGlass program appeared again in her news feed. This time Burgos said to herself, “You know what? If you’re already telling yourself no, then the answer is no. So, let me just apply.” Now, almost one year after completing the program, Burgos has joined the chorus of alumni of The Bead Project who say the program changed their lives.