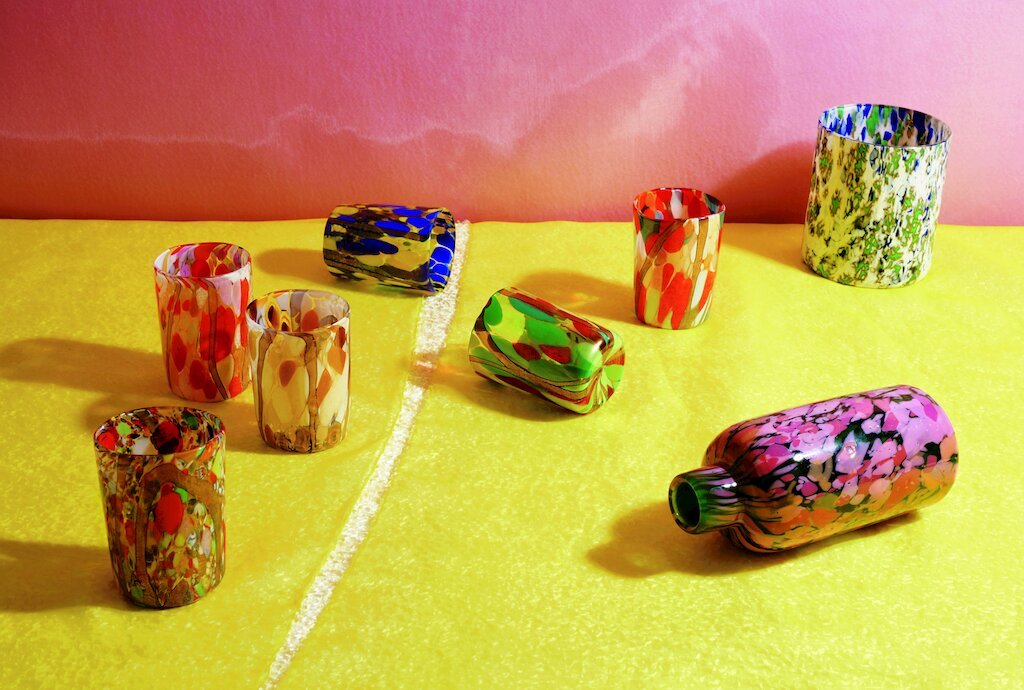 RADICAL INSULARITY was for centuries a way of life on Murano, a small island less than a mile north of Venice. After the monumental glass furnaces that operated during the Middle Ages were moved there from the city in 1291 to sequester frequent fires, the government required workers to remain cloistered on the island to raise their families through the generations. These glass dynasties elevated the medium’s aesthetic with chandeliers, chalices and mirrors, achieving along the way a degree of nobility, but their comings and goings were strictly monitored so trade secrets wouldn’t leak; even then, globalization was a threat. Venetian merchants had learned glassmaking largely from the Muslim world more than a century before, but they preferred to keep their lessons from the Silk Road a one-way street.

Of course, like sand, the main component of glass, such expertise was impossible to fully contain. Murano lost its dominance by the 18th century, as countries including France, England and Germany perfected their own glass industries; Napoleon Bonaparte’s 1797 takeover and dissolution of the city-state — he shuttered most of the furnaces, leaving only bead-making and simple glassblowing — was the final indignity.

Fifty years later, local industrialists such as Antonio Salviati, whose eponymous company still maintains a presence on the island, tried to bring Murano back, but it wasn’t until after World War I that the industry once again found its purpose, reborn as “art glass.” Murano wares of the later Middle Ages had been either optically clear (a style called cristallo) or pale (lattimo), featuring curlicues and frippery, but in 1921, a Milanese lawyer named Paolo Venini bought a glass operation with the Venetian antiques dealer Giacomo Cappellin, convincing artisans to focus on clean lines and saturated hues like violet, sapphire, cranberry and emerald. In 1932, Venini hired Carlo Scarpa, a then 26-year-old Venetian who would later become one of Italy’s most important architects. Scarpa, who was soon joined by a young Gio Ponti, another future Italian design legend, would help create the lexicon and shapes we now think of as Murano: frosted ribbing on translucent orbs, volcanic colors, corroded effects that resemble distressed wood or iridescent fish scales. Murano glass from that era remains coveted by collectors and designers, but the following decades were less fruitful: Since the end of the 20th century, more than half of the island’s industrial operations have shut down, leaving about 100 ateliers. Most of the remaining glassmakers are older than 70, and the younger generation is largely uninterested in spending long days in front of red-hot, 2,000-degree ovens on a spit of land with about 5,000 inhabitants.

IN RECENT YEARS, though, a group of international designers and artists has rediscovered the innate modernity of Italian blown glass, turning to Murano as inspiration and, in some cases, as a practical place to fabricate ambitious objects. “I have Murano in the blood,” says Luca Nichetto, a 44-year-old multidisciplinary designer with studios in both Stockholm and Venice. Born and raised on the island as the grandson of a master glassblower and the son of a mother who decorated works that emerged from the kilns, he returns to Murano to produce, for instance, his fishbowl-size Rotea pendant with aubergine vertical waves, which he makes by spinning the globes as the molten liquid glass decoration is applied. Murano glass, he says, stays hotter longer because of its unique ingredients — each type of sand, as well as the proportion of sodium oxide, nitrate and other minerals, changes the nature of the material — so it can be worked more intricately, enabling wild shapes and complex etching. “I explain to people I work with all over the world what it is to have these craftsmen, how it is not like anywhere else,” Nichetto says.

For Dario Buratto and Matilde Antonacci, both 39, who run the Milanese brand Stories of Italy, working with the island’s artisans symbolizes a conscious rejection of manufactured polish. The business partners, who met in 2000 while studying design in Florence, spent their early careers in Italy’s fashion scene, but they felt increasingly drawn to more elemental crafts, especially mid-20th-century Murano glass, which to them represented an era when the Italian avant-garde found a kinship with the country’s deep handmade traditions. After the fashion designer Vivienne Westwood displayed the pair’s first vases in her Milan store in 2015, they decided to open their own studio. Now, they travel weekly to the island, working with several makers to create vases and glasses for the candlemaker Diptyque and the Mandarin Oriental hotel in Paris. “You have to actually go there instead of just sending a sketch by email,” says Buratto. “These are people who don’t read emails, who maybe stopped going to school at 15 to become a master at this. They want you to work side by side with them. They are your hands.”

FOR OTHER DESIGNERS, however, Murano is more a state of mind than a place of pilgrimage, a symbol of modernist élan and fervid coloration. The 41-year-old Washington, D.C.-based designer Jonah Takagi, for instance, recently released a collection that includes geometric vessels made in ceramic molds created from bits of castoff materials that other glassmakers had previously used; their confetti-like motifs in intense tangerine, marigold and ruby echo those found in the Venini archives.

The Brooklyn-based glass artist Andrew O. Hughes, 42, attributes contemporary interest in Murano to several factors: a bit of ceramic fatigue, a desire for the luminosity of glass in an era of pared-down interiors, an increasing openness to outsiders among the islands’ glassmakers. When Hughes was a student, one of the members of an ancient Murano family came for a demonstration at the Rhode Island School of Design but refused to answer any technical questions. “I don’t think that would happen now,” he says. “People who blow glass around the world perceive the place as more welcoming, and that has sparked an aesthetic rediscovery.” He recently was asked by Roman and Williams, the New York-based interior design firm, to blow prototypes of candleholders that the founders Robin Standefer and Stephen Alesch later took to Murano to have produced for Guild, their TriBeCa retail store. (The island’s fabricators, unsurprisingly, are skilled at iterating upon existing objects.)

Hughes’s work has evolved in tandem: The series of vases he crafted last year for a show in New York features rounded bottoms and a cascade of deep greens and luscious pinks that conjure the island’s vibrant, whipsawed history. “Glass, by nature, has a certain mystery,” he says, “but Murano is the deepest, most soulfully mysterious of them all.” 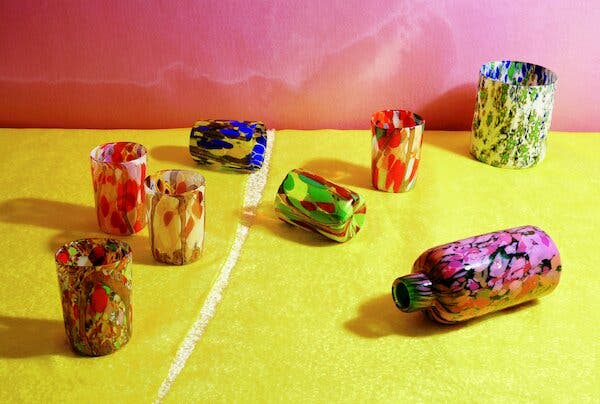