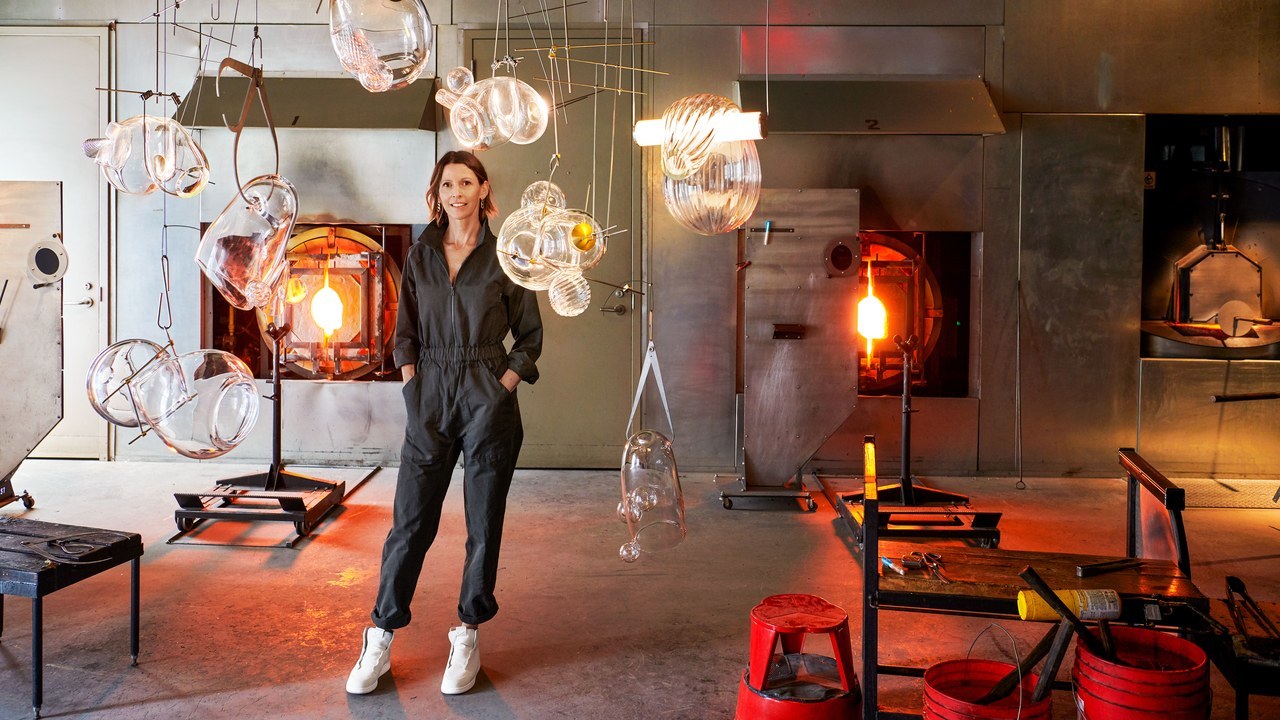 "Pretend you’re designing for Donatella Versace.” That was the brief lighting designer Lindsey Adelman gave herself ahead of New York’s 2006 ICFF, where she planned to show her Branching Bubble chandelier for the first time. “I was trying to make a showstopper,” she explains of the now iconic, wildly influential system of Y connectors, tubes, and glass orbs. So, to achieve the desired bling, she had all the metal parts plated in 24K gold.

Shortly after the debut, orders started rolling in, though most customers opted for a finish of nickel or brass. Now, more than a decade—and countless sales—later, Adelman reports, “It’s because of the Branching Bubbles that a company happened.”

On its momentum, her studio has grown to 35, that initial design has given way to ten more lighting systems, and her Lafayette Street atelier has just expanded onto a second floor, which will serve as a showroom. In their first iterations, the fixtures had to be delivered in one piece (the glass shades were not yet designed to be removable); now they can be neatly deconstructed, packed into boxes, and shipped across the globe. It’s a well-oiled machine. Meaning Adelman finally has the time to tinker with her wilder concepts, creating one-of-a-kind fixtures that aren’t designed to scale.

“I have always filled sketchbooks with ideas,” says the designer, her fingers still dirty from doing watercolors all weekend. “I just didn’t have the chance to execute that work until I got a handle on the product design, the order fulfillment, the finances, the client relations. Once I did, I gave myself permission to indulge the other, more self-expressive work.”

One of those ideas has finally sprung to life at UrbanGlass, the Brooklyn hot shop where Adelman has been working with glass artist Michiko Sakano to create an array of unique treasures. Titled Paradise City, the series debuts June 11 at Design Miami/Basel.

“The hardware looks like it’s desperately trying to stop time or stop change, while the clear glass looks fluid, like it’s organically bubbling up and fractalizing,” Adelman says of the fixtures, in which glass forms bulge out of thin, scaffolding-like hardware, flop over metal beams, or are cinched with calipers. It’s an idea she dreamed up after rereading W. Somerset Maugham’s The Razor’s Edge and listening to Guns N’ Roses. “I realized they were saying the same thing,” she muses, chuckling at the absurdity of the connection. “It’s about our attempts to hold on to the moment, whether it’s good or bad.”