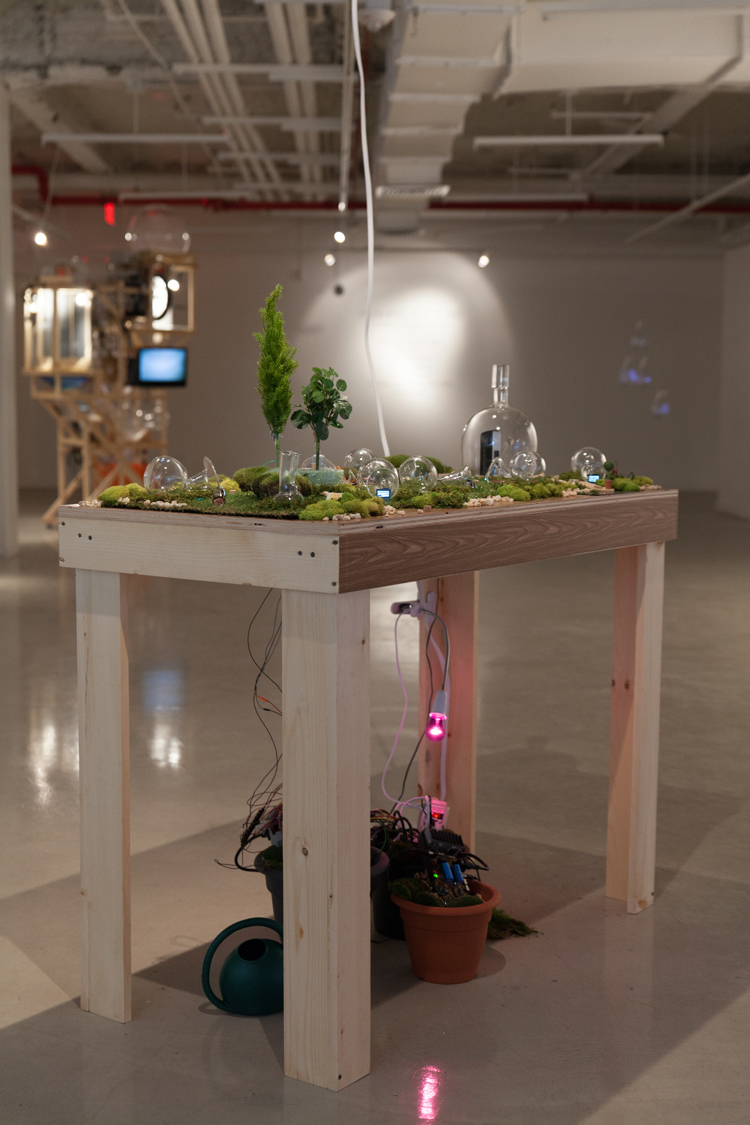 Here are our favorite Brooklyn shows of 2018, brought to you by the writers and editors of Hyperallergic.

Pushing Buttons, curated by Benjamin Wright at Urban Glass, explored our current state in the Anthropocene, taking into account humanity’s relationship to technology and nature. The show included eight works, each of which combined glass with automated motors, screens, and electronics. As the title suggests, the works interrogated the ways in which we interact with machines, but also how machines reflect back at us. Jim Campbell’s especially poignant works, “Photo of my Mother”(1996) and “Photo of my Father” (1994–95) present a black-and-white photograph of each parent encased in glass that becomes cloudy and fogged up based on a programmed rhythm of the artist’s breaths and flashes based on the rhythm of the artist’s heartbeat. Other works more directly tackle environmental issues, like Sarah and Robert Beck’s “Possibility Chambers” (2017), which constructs a wetland ecosystem, including a water tank, electronics, and an LCD screen. Each of these works makes visible technology’s role as an intermediary in our experience of each other and the natural world. —Megan N. Liberty