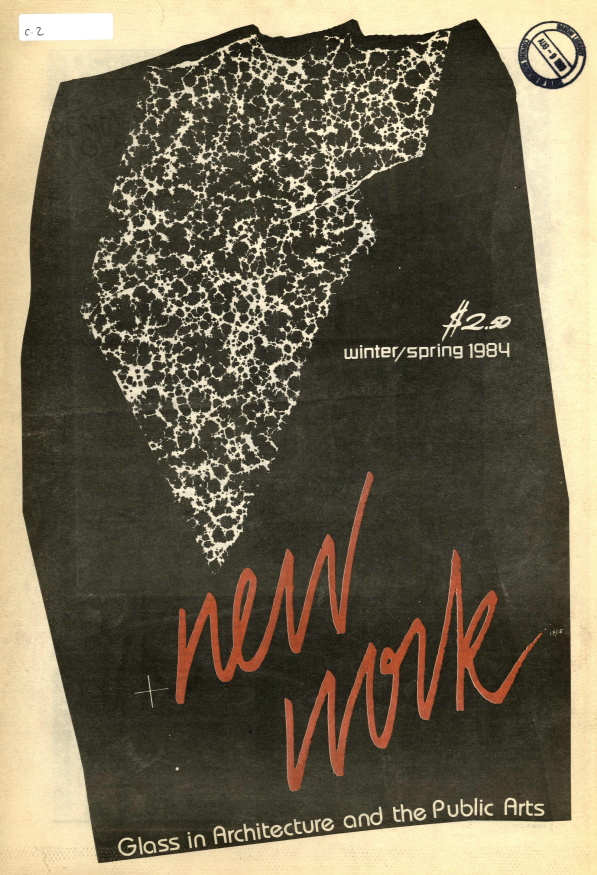 This issue offers a look at the range of developments and possibilities of glass in architecture and the public arts.

The happenings in the glass art world in 1984.

Discussion of the life of glass artist Joep Nicolas by his daughter.

The fundamental changes in architectural stained glass throughout North America.

The collaboration between Rebecca Seeman and Michael Senger to make ten stained glass windows at the Knesseth Israel Temple.

The impact Lee Roy Champagne's childhood had on his career as a glass artist.

Discussion of Neon New York, a design and manufacturing company founded by Michael Haunstein in 1978.

A history of architecture and stained glass.

The power of the Pilchuck Glass School in the ever-growing world of glass art.

The effect that corporate pension funds have on public art.