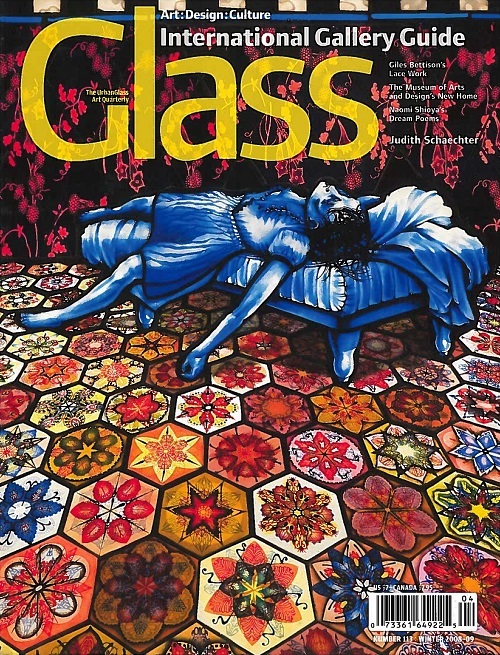 The Museum of Arts and Design's new building on Columbus Circle is not completely new, something those quick to attack it seem to have forgotten. It is a radical alteration of an existing art museum building, the original widely acknowledged as a failure. Still, a subset of New Yorkers are militant preservationists ready to mobilize against any change. The plan to redesign this deeply flawed Edward Durrell Stone edifice spawned groups of protesters shouting at guests attending exhibition openings at MAD's former 53rd Street location.

An exhibition of work by WheatonArts fellows and an UrbanGlass visiting artist at the Robert Lehman Gallery.

Naomi Shioya’s poetic interpretations of everyday life engage our longings and invite us to revisit our dreams.

Pushing the boundaries of murrini patterning in a developing body of work, Giles Bettison links the traditions of the islands of Murano and Burano.

Making sense of the new building and curatorial direction of the Museum of Arts and Design.

An interview with Judith Schaechter, whose ecstatic depictions of contemporary angst in stained glass continue to push boundaries.

International Guide to Glass Art in Galleries and Museums

A worldwide directory to contemporary art made from glass.
PLUS: Our exclusive Artist Index, an indispensable cross-reference of where to find work by a particular artist.