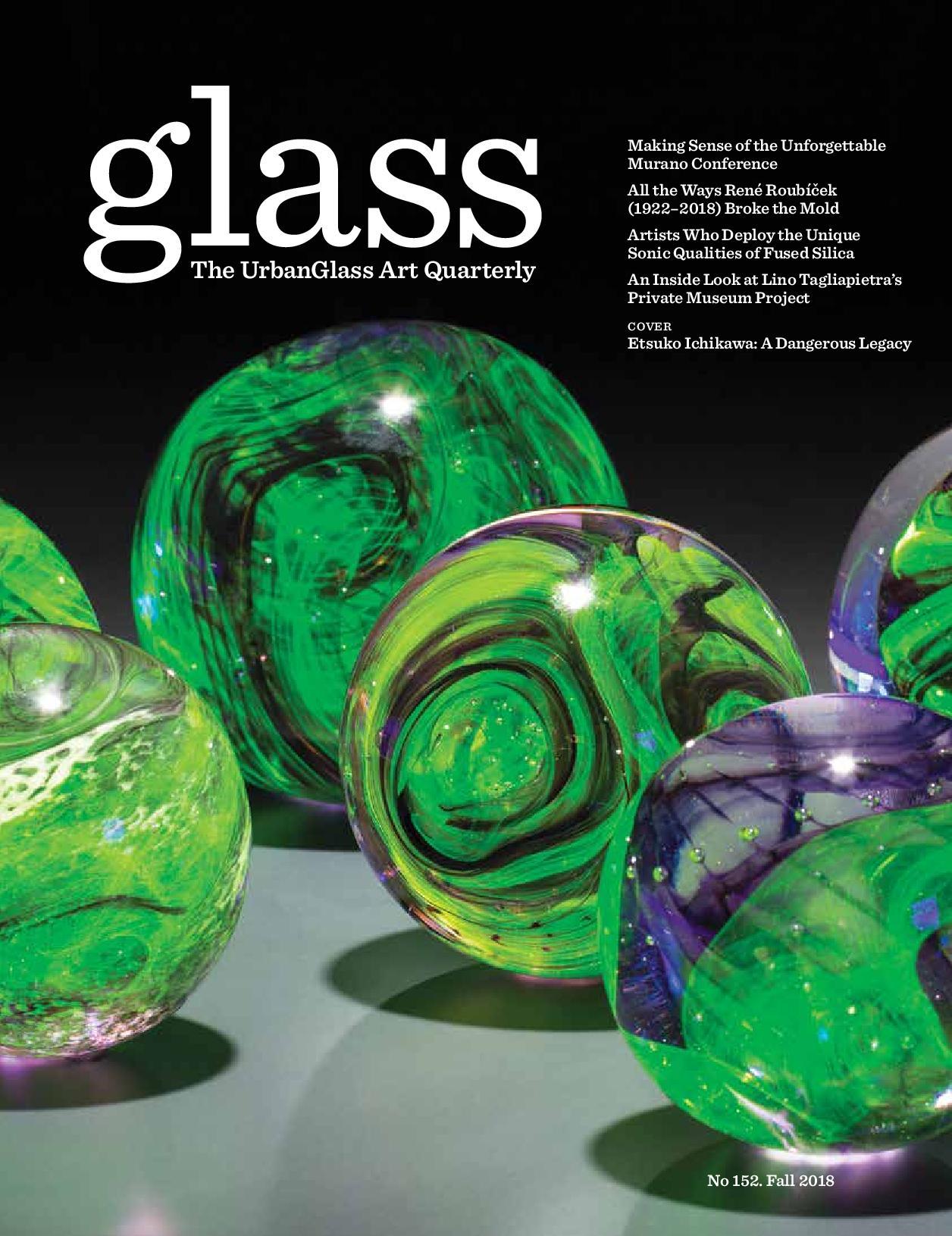 Ever since spending a week in the company of 1,800 of my glass-obsessed counterparts at the Glass Art Society conference on Murano, I've been thinking a lot about boundaries. In a place famous for walling itself off from the outside world to protect technical secrets, this was a celebration of its opposite, with guests from around the world sharing what they know. I'm fond of calling the Studio Glass period in the U.S. one of the first open-source communities. As the famed glass houses in Murano struggle to survive multiple challenges, it’s the American Studio Glass world that seems to be in growth mode, and its annual conference was a celebration of the power of open collaboration.

Thanks to the considerable advance work of the Glass Art Society board and staff, as well as the conference’s energetic local host committee, Murano had been unlocked, some of its doors wide open to outsiders for the first time.

But not everyone was welcoming. On my way to the Toots Zynsky demo at Effetre, I passed another glass house I won’t name with a poorly spray-painted sign propped against the back wall of a factory that read, in hastily scrawled letters, "GAS welcome.”

I was intrigued, unsure whether it was a prank or a last-minute invitation to visit. When I pushed open the swinging gate and entered the palette-stacked back courtyard, I quickly found out the answer: an angry worker ran outside, shooing me away and screaming, "No, no, no!”

It felt somehow thrilling to be kicked out of a glass factory, a connection to the past experiences of Americans trying to decipher the secret techniques. The speakers at the 2018 conference frequently alluded to the changes they hoped the event would set in motion by coming here. To see if, indeed, the event ushered in a new future for Murano, we compiled an oral history, getting multiple perspectives we share as major feature article.

The rest of the issue is also about boundaries. In the cover article, contributing editor Victoria Josslin examines Japanese-born Etsuko Ichikawa’s new work with radioactivity and glass. Based in Seattle, the artist was alarmed by the 2011 tsunami and nuclear meltdown at Fukushima, and it got her thinking about the dangers of atomic energy, which led her to the otherworldly Hanford complex in Washington State, where uranium was enriched for the bomb dropped on Japan at the end of World War II. Her multimedia response connecting the dots across the globe is haunting and worthy of the cover.

Milan Hlaveš, a curator at the Prague Museum of Decorative Arts, provides a profile of the late René Roubíček, who took glass into monumental sculptural territory when his dreams of going to the art academy were thwarted by politics and war. His massive installations at world expos would win prizes for Communist Czechoslovakia and influence American glass artists such as Dale Chihuly, changing the course of glass art.

Adding to the visual and tactile powers of glass, a wide range of artists are breaking the sound barrier, exploring the unique sonic imprints of glass. In a survey of the field, we present a roundup of the diverse approaches from around the world.

All this, plus a look at a private museum Lino Tagliapietra and his family are building in Murano, as well as reviews and the latest news from an expanding field. Think of this issue as your ticket to international glass.

On May 9, 250 supporters and friends joined UrbanGlass to celebrate the accomplishments of artist Amber Cowan and David Picket, President of Gotham Organization.

Richard Jolley’s monumental Cycle of Life at the Knoxville Museum of Art is documented in a new book worthy of its subject.

Alarmed by the 2011 Fukushima nuclear disaster in her native Japan, Seattle-based artist Etsuko Ichikawa creates haunting multimedia works that alert us to the dangers of radioactive waste in Washington State.

The Improviser Who Broke the Mold

The late René Roubíček (1922–2018) embraced glass as a material for sculpture, allowing him expressive freedom under a repressive regime and laying the foundations for large-scale work

The Sound of It

Glass is a sought-after material for its unique tactile and visual qualities, but a growing number of artists are drawn to its unusual sonic effects. To understand the attraction, and the historical context, we present a closer look (and listen).

by Andrew Page, with additional reporting by Cheslea Liu and Olivia M. Ryder

The 2018 Glass Art Society conference came to Murano in hopes it might inspire changes to the secretive glass culture. We asked attendees whether it succeeded.

Lino Tagliapietra kept very few of his finished works as he made his name internationally. Now 84 and nearing  retirement, the maestro and his family are trying to get them back to show in their private museum.