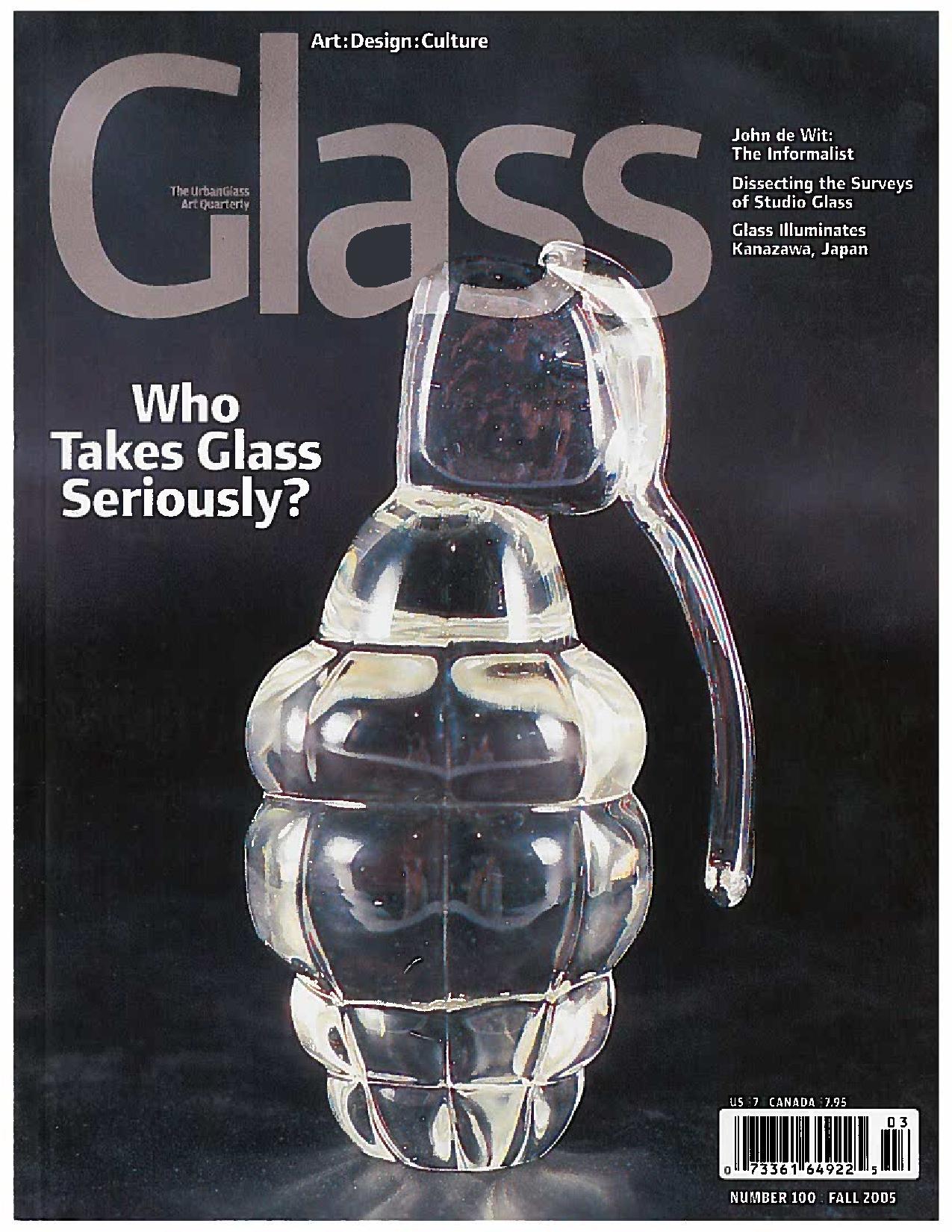 The founder of this publication, Richard Yelle, once told me that he started GLASS Quarterly (originally titled New Work) to foster "serious discourse" about glass as a medium for contemporary art. He did this for a very simple reason: in 1979, there was no place that regularly published thoughtful art criticism about the important work being done in glass. More than 25 years later, that same exact word, serious, has been used in the title of an exhibition that attempts to separate out meaningful work in glass from everything else.

A critic takes the measure of a provocatively titled group exhibition of work in glass by fine artists.

With unexpected shades of paint, free-flowing forms, and an organic earthiness, John de Wit brings the West Coast Funk movement into the next century.

How do curators decide what work is included, and what is not, in definitive exhibitions of contemporary art made from glass?