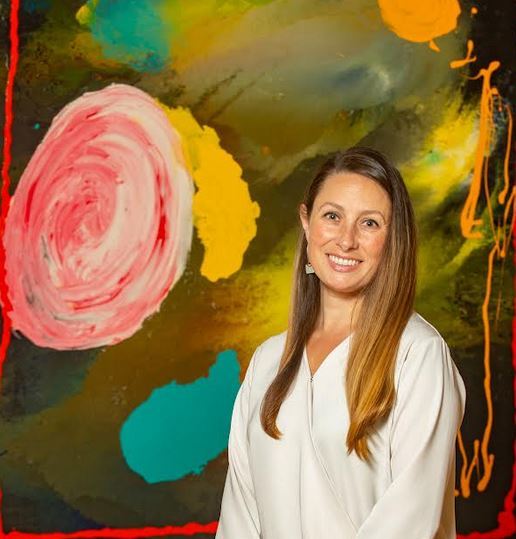 After 14 months as interim director of the Barry Art Museum in Norfolk, Virginia, Charlotte Potter Kasic has shed the "interim" from her official title, and has been named as the three-year-old museum's full executive director. Previously the founding program director of the glass studio at the Chrysler Museum of Art, Potter Kasic helped to put this coastal Virginia city on the glass art map, also working to create an arts district there and co-chairing the 2017 Glass Art Society Conference.

Before her promotion to interim director, Kasic had been the museum's manager of museum education and engagement. She was promoted after the founding director of the Barry, Jutta Page, retired. Among her accomplishments at the museum, Kasic is credited with restructuring the protocol of how exhibitions are curated and creating an advisory board to broaden the voices that inform each exhibition's interpretation and presentation.

One of the highlights of her tenure was the Barry's 2021 Museum of the Moon event, in which Norfolk became a stop on a touring exhibition by artist Luke Jerram, and around which Kasic helped build a city-wide event. The event's accompanying street festival welcomed approximately 13,000 people to experience the Museum on the ODU campus, and showcased Kasic's ability to forge relationships with more than 46 community partners, including NASA, the Chrysler Museum of Art, and the Virginia Museum of Fine Arts.

“As interim executive director for the past 14 months, she cultivated a bold and wide-ranging vision for the Museum as a true campus and community centerpiece,” said Robert Wojtowicz, ex-officio board member, chair of the search committee, vice provost, and ODU grad school dean in a prepared statement.

A case in point is the upcoming exhibition entitled "Motion/Emotion: Exploring Affect from Automota to Robots," which will open on February 10 and run through December 31, 2022. The exhibition, curated by Sara Woodbury, an American Studies doctoral candidate at William & Mary, builds on the Barry's permanent collection holdings of kinetic figures and other historic automata, linking these objects to contemporary robotics as well as the work of contemporary artists such as Elizabeth King and Joseph Morris, both of whom explore human-like effects through multimedia kinetic work. The exhibition also includes recent projects by the Old Dominion University robotics program.

“The Museum board is very pleased that Charlotte Kasic has been appointed as our permanent executive director,” said museum cofounder Richard Barry in a prepared statement. “We admire her passion to make art more accessible to the public through exhibitions, festivals, lectures, happenings and performances. We value her knowledge and management experience and look forward to her leadership as the Museum and its programs grow.”

Kasic's work at the Barry Art Museum was the subject of a feature article in the Summer 2021 edition of Glass (#163).