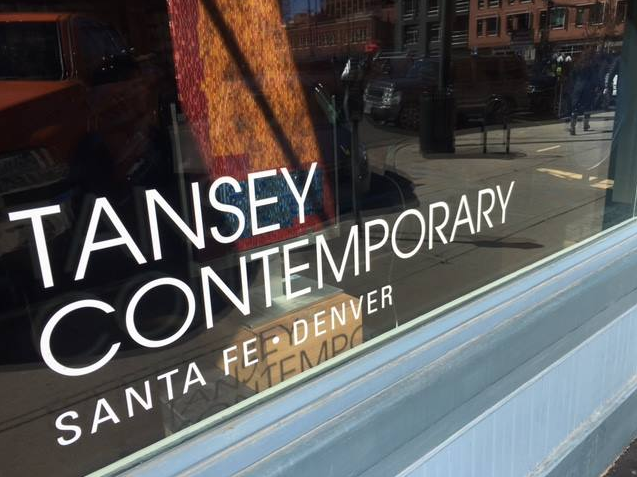 Tansey Contemporary Gallery, which moved from Santa Fe to Denver in 2017, is permanently closing its doors on November 23. source: facebook

After three years in Denver, Tansey Contemporary is closing its doors. Owners Mike and Jennifer Tansey acquired the gallery in 2013 when they purchased the Jane Sauer Gallery in Santa Fe. Because the couple lived in Evergreen, Colorado, at the time, they transitioned to a second Denver location in 2016. A year later, the Santa Fe location was closed when they realized they couldn’t divide their time or attention. Just before Thanksgiving, they are planning to shut the doors of their Denver location as well, citing the challenge of managing major contemporary art fairs while also running a gallery.

Until the recent sale in May 2019, Mike Tansey had been in charge of Art Miami (which sold to Informa Markets in May), and he mentioned the tension of running both a gallery and an art fair.

“Especially with Art Miami, there are always more people who want to be in the fair than we could accommodate for,” Mike told the Glass Quarterly Hot Sheet. “And we didn’t want to be seen as putting ourselves ahead of other qualified galleries.”

“We were getting to the place where we didn’t want to do our own fairs," Jennifer added. "And it can be difficult to do our competitors’ fairs, as fair owners."

They decided the best course of action was to close the gallery and pursue their fair business--specifically Art New York, which is now their main focus.

The move will certainly be a setback for the gallery's longtime artists Clare Belfrage, Giles Bettison, Lisa Cahill and Holly Grace. Acknowledging the long relationships, Mike said one of the most difficult parts of closing is changing their dynamics with the artists they featured in the gallery.

“That’s not universal—a lot of artists can be a pain in the ass,” he said. “But there’s some of them we’ve been working with for six or seven years, and we really feel an affiliation with their program. So that was really tough.”

At the same time, the couple is looking forward to the future. As they focus on Art New York, they hope to expand that business. They also hope to continue their involvement with the art world close to home.

“We’ll probably be able to get more involved,” Jennifer said. “In the past couple of years, I’ve started volunteering with arts and culture related organizations, and hopefully I’ll be able to do more of that without the gallery day job.”

The gallery will be open normal business hours until November 23, and will close permanently on November 27.