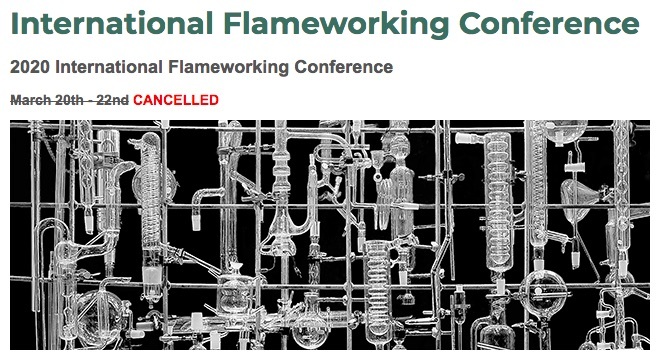 Citing consultations with health officials, Salem Community College has officially cancelled the 2020 International Flameworking Conference (IFC), which had been scheduled to run from March 20th through 22nd. The announcement explains the college is "acting to protect the safety and welfare of the glass community and other members of the public."

"SCC apologizes for any inconvenience but believes this decision is in the public’s best interests," the announcement continues. Refunds will be issued for those who have paid in advance for conference registration. And the same line-up of featured artist Sally Prasch and others has been rescheduled for 2021.

"SCC and the SCC Foundation look forward to joining you in belatedly celebrating the IFC’s 20th anniversary in 2021," reads the announcement. The exact dates of the 2021 IFC have yet to be announced.