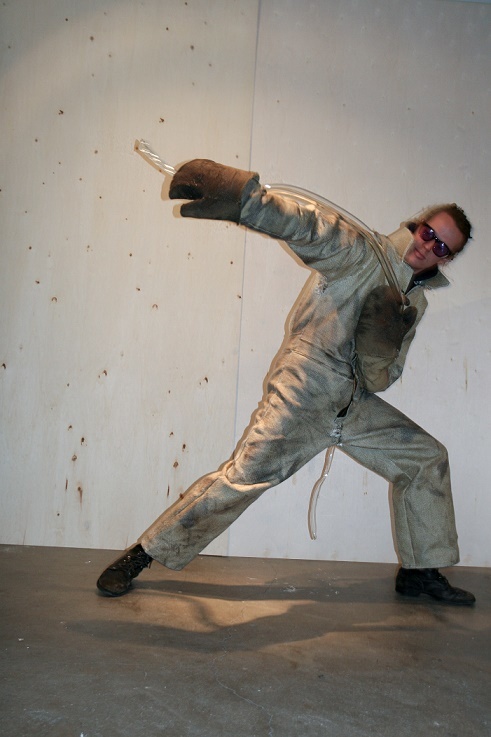 Since its inception in 2007, S12 Studio and Gallery in Bergen, Norway, has pursued programs with a focus on artistic purity and authenticity. An artist-run gallery and workshop, its approach has been marked by the ambitious cultivation of creative sparks and a fluid relationship between artist and public, between the conceptual and the formal, and between glass and other media. Now in its 11th year, S12 is preparing to cross its most ambitious threshold yet: a retrospective of many of its former resident artists as one last spectacular exhibition before packing up and relocating to a new location.

S12 launched its Artist in Residence program in 2010, and has since hosted 48 international artists, many of whom are interdisciplinary and integrate their work with glass with a slew of other mediums. These artists are chosen for their “experimental, conceptual, and innovative approach when working with glass,” and have since gone on to a range of ambitious work. As Director of S12 Bergljot Jonsdottir said in an email interview with the Glass Quarterly Hot Sheet: “We welcome all kind of experiments and the use of different kind of materials and processes regardless of the artists background. We don’t use the definition ‘glass artist,’ the people working in S12 are artists using glass as a material in one way or another.”

For an upcoming 9-week exhibition, S12 has asked all previous AiR participants to donate one work made during their stay. Twenty-three of these works will be included in an exhibit S12 has curated, while others will be sold to raise funds to maintain the AiR program. Jonsdottir explained: “The idea [for the retrospective] came to life when looking back at the 11 years of our existence, evaluating our past and planning for the future in a new location. We have the need to get an overview before we continue and at the same time to share some of the good things that have happened in our little workshop in Skostredet.”

This is all to take place prior to the move of the studio to its new home in Bontelabo 2. There’s a poignant irony to the reasons for the move: as arts and cultural activities like those sponsored by S12 have enlivened and popularized the area, its rent has risen to the point of pushing out those very artists and art institutions who can no longer afford the high cost of living. And there’s a certain nostalgia to Jonsdottir’s tone when musing on S12’s early days in the neighborhood, and the indelible imprint they will be leaving behind: “We are the last remaining of those that started in the area. When we leave the only reminder of what this area was in the beginning will be a big mosaic mural in the middle of the street, the Shoe made by CUD, John and Robbie, when they were in residence in S12!”

Nostalgia, but also excitement — and a readiness to meet the future head-on at its new home. True to its pioneering spirit, S12 is looking forward to seeing the area develop, with Jonsdottir noting: “Again we find ourselves in a situation where we are among the first in an area which is under development!” Though not quite as central in location as Skostredet, Bontelabo offers a larger space, which Jonsdottir hopes will attract more artists to come participate. It is also on street-level close to the sea and accessible to the public. Community engagement, with visitors welcomed in to mingle with artists and witness every stage of the artistic process, has long been integral to S12’s mission, and Jonsdottir has stated: “Our philosophy to maintain an open and welcoming space remains the same - we want people to wander in, and discover art and artists at work.”

And so the next chapter of S12’s story begins, under a new roof but with its foundations still firmly steadfast and intact. In his article in the Winter 2017 - 18 edition of Glass Quarterly (#149), Justin Ginsburg, assistant professor at the University of Texas, Arlington and former S12 resident wrote: “S12 has stubbornly and vigorously committed to a vision of identity, supporting artists whose work is expressive, experimental, conceptual, innovative, and thoughtful - and beyond technical prowess, beauty, and function... It is a fantastic space where artists can experiment, create, and exhibit within the walls of a single location, with no pressure to commodify their efforts.” Within its new walls, S12 will undoubtedly be ready and sure to keep up the good work.

As Jonsdottir stresses: “Our philosophy hasn’t changed and our core activities will be the same.  Let’s hope we will continue to be a good place for artists to come and work in, and that the work created in S12 will be of interest for the outside world. We will do our best to share it!” And the world will certainly be more than interested in S12’s quest to cultivate glass art with refreshing authenticity.