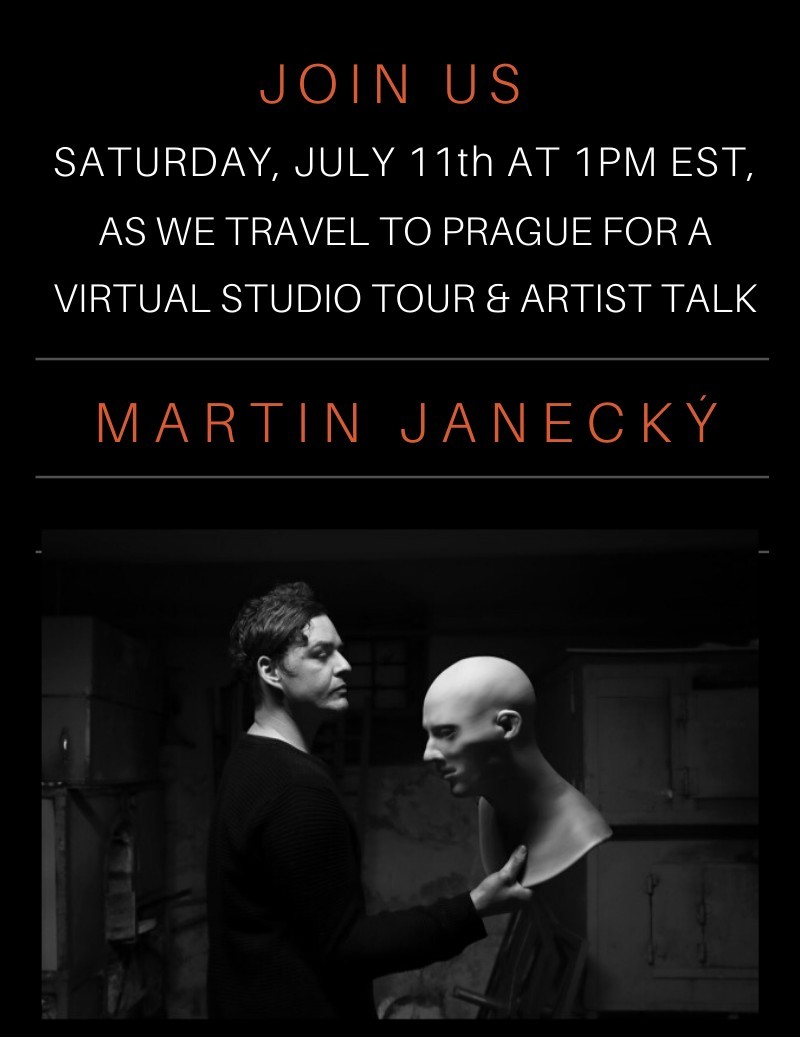 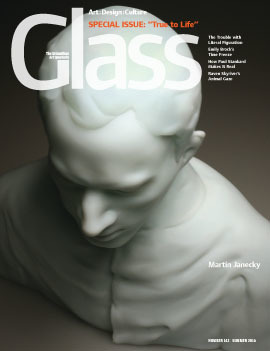 Czech-born Martin Janecký is a renowned contemporary glass artist whose uncannily realistic glass sculptures have left audiences speechless. On  Saturday, July 11 at 1 pm EST, the Czech-born artist is offering an opportunity to virtually touring his new studio space in Prague where the artist will also discuss his upcoming and current works. The virtual visit is organised by the Sandra Ainsley Gallery in Toronto.

To RVSP to the event, click here, or email contact@sandraainsleygallery.com.

Since 1984, the Toronto based Sandra Ainsley Gallery is the leader in representing international contemporary glass artists including exclusively representing artist Dale Chihuly.

Janecký began glass blowing at the age of 13 and has continued to push boundaries with the medium influenced by his global travels for many artist in residence (A.i.R.) programs, exhibitions and teaching opportunities. He studied glass at the secondary school, Střední průmyslová škola sklářská v Novém Boru from 1994 – 1998 before moving to the states in 2003 to be a demonstrating artist at the Corning Museum of Glass in New York. From 2006 - 2007 he studied glass at the Pilchuck Glass School under artists Richard Royal and William Morris. Janecký is currently represented by; the Habatat Gallery in Detroit, the Heller Gallery in New York, the Schantz Galleries in Massachusetts and Galerie Kuzebauch in Prague. His works continue to be exhibited all over the world including; the National Glass Museum in Leerdam, Holland, the Tacoma Museum of Glass in Washington, USA and the British Glass Biennale 2017 in the United Kingdom. With an overwhelming number of awards and commissions by top designers from South Africa to Sweden, the Glass Quarterly Hot Sheet are eager to learn what comes next for Martin Janecký.

Early in his career, Martin experimented with human form, bringing to life harlequins, jugglers and clowns. His glasswork technique is known as inside sculpting which he has advanced with virtuosic results. As his career progressed, his enthusiasm led him to create age old portraiture sculptures with complete perfection and accuracy. His depiction of representing the human condition and realistic forms in his sculptures are ground-breaking. Instead of personifying characters, he dives into the psychology of the human condition to depict particularities of specific individuals. Martin transformed the idea of figurative realism for the medium of glass.

During an interview in the Summer 2016 edition of Glass (#143) with John Drury, Martin stated although traveling the world for teaching has been beneficial, he “…is changing direction, looking to focus on artist residencies as he seeks to add some conceptual weight to his objects. He is also considering building a private studio.” Five years later, his dream has become reality in a fairytale-esque building in Prague. Martin Janecký's studio is set to open September 2020. The studio is in the heart of the city and the only glassworks in Prague. When borders open, a visit will be added to the bucket list. While we wait for the world to heal, we can enjoy Martin’s studio this Saturday virtually from the comforts of home. RSVP and pour a glass of wine, this is an event not to be missed!

RSVP to the Sandra Ainsley Gallery