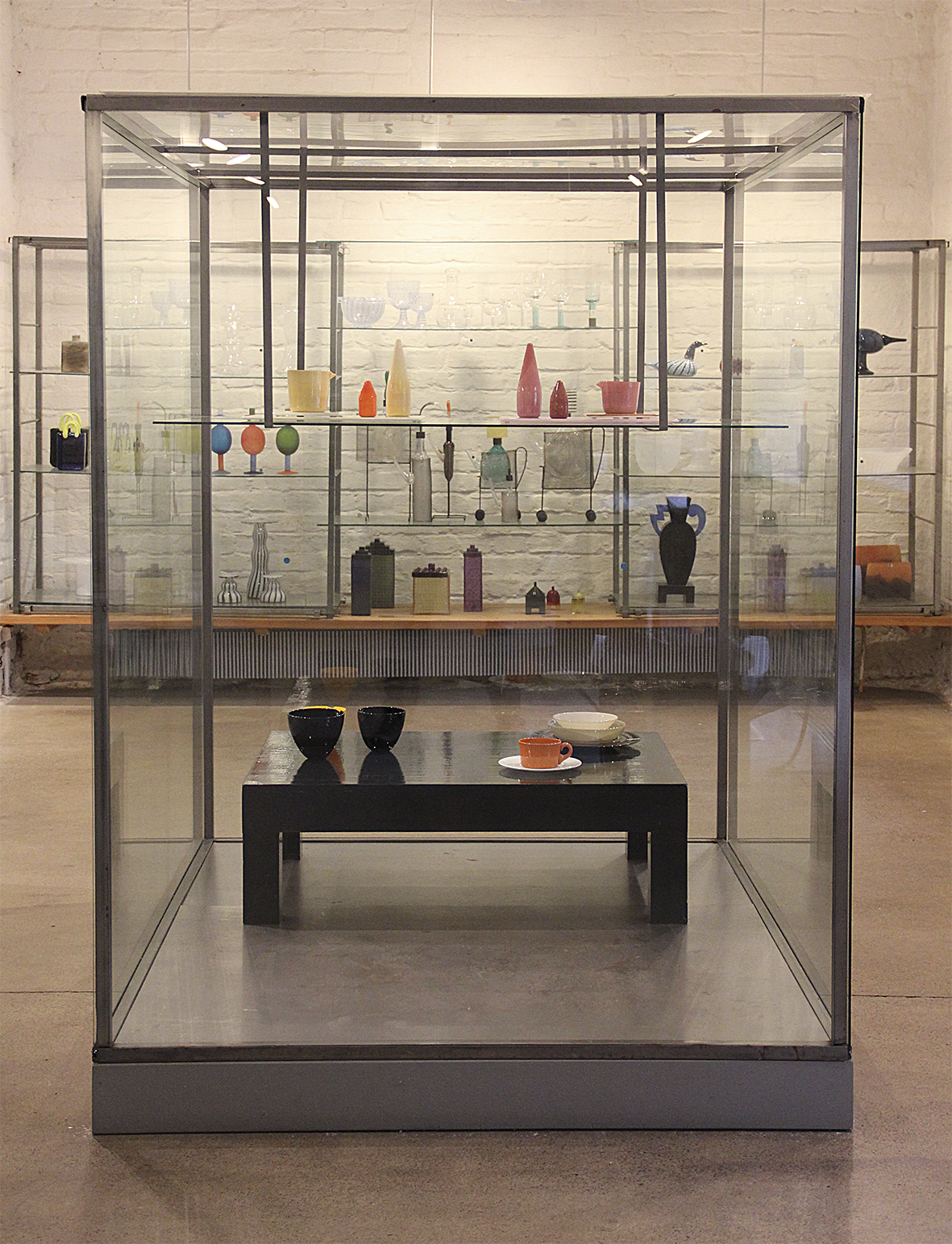 A new body of work from glass artist David Naito is now on view at the Design Museum Nuutajärvi in Finland, a historic museum adjacent to Finland’s oldest glass factory. The exhibition is one of Naito’s first international shows, and is his first show in Finland.

Both as an artist and as an educator, Naito has been been immersed in the world of glass art for nearly 23 years. He was born and raised in Honolulu, Hawaii, and now resides in Brooklyn, NY, where he regularly displays his work. He also frequently teaches courses and seminars at a wide range of institutions, from Penland School of Crafts in North Carolina to Urban Glass (which publishes the GLASS Quarterly Hot Sheet). 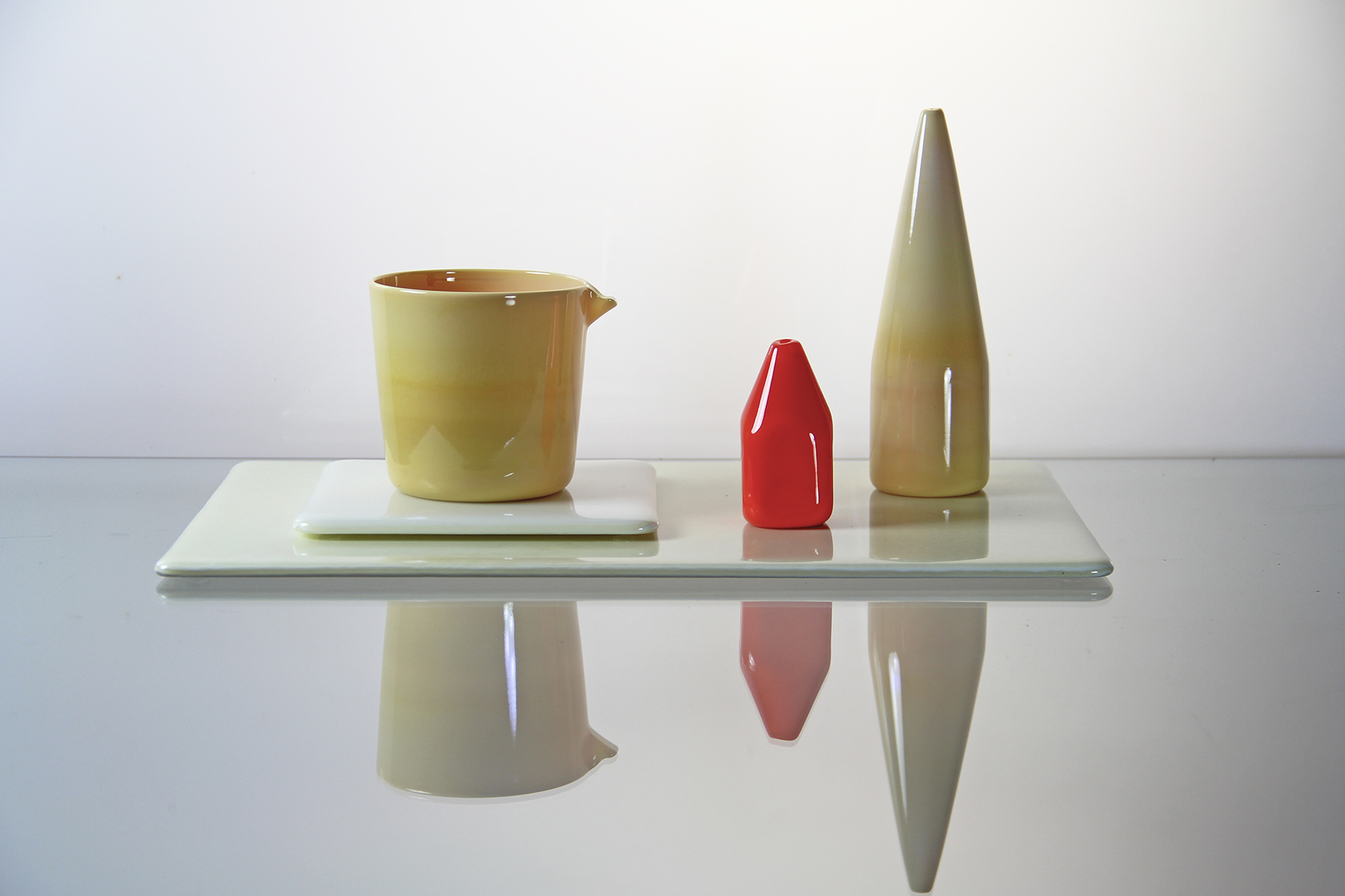 Naito frequently works on reimagining and scrutinizing functional forms. In previous works, such as his Black and White Oilcan Series for instance, Naito deconstructs the well-known silhouette of the vintage oil can with glass, emphasizing the interaction between function and form.

His new body of work at the Museum Nuutajärvi is no exception to this theme, as is scrutinizes the form of functional items such as the dish and the bottle.

The works in the exhibition are directly inspired by the Kilta-dish wares designed by Kaj Franck, who designed the Museum Nuutajärvi. Attracted by the straight line and form and the bold colors in the Franck’s works, Naito set out to make works that had a similar sleekness to them. 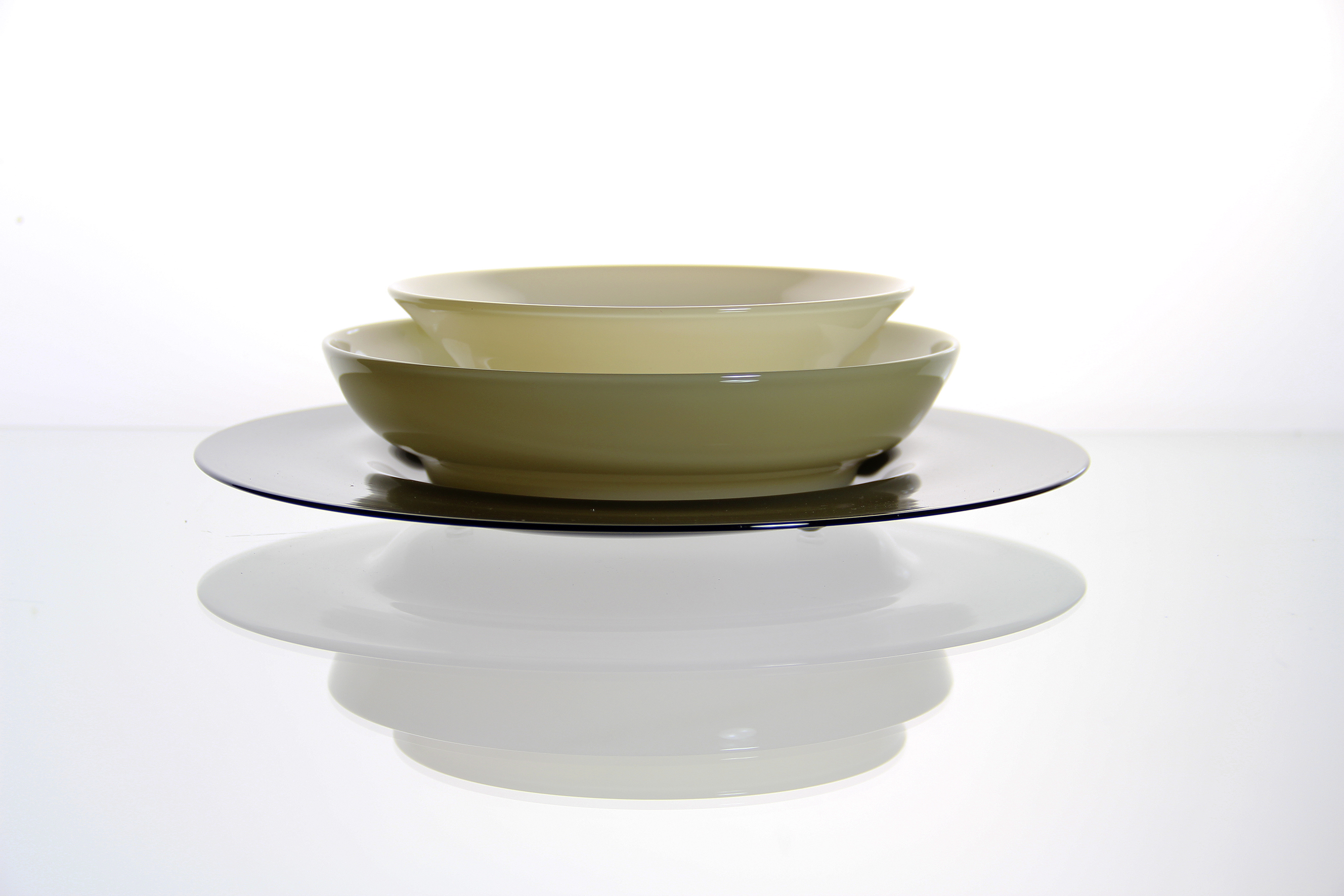 In making his works of glass, Naito had no intention of making replicas of Kaj Franck’s iconic Kilta-dish wares. Instead, he reimagined Franck’s forms, deconstructing and visually interpreting the Kilta forms and color in glass. The result, according to Naito’s artist statement, “are my humble homage to a master of design and our shared commitment to craft and to beauty in daily life.”

The collection will be on view until August 30th.