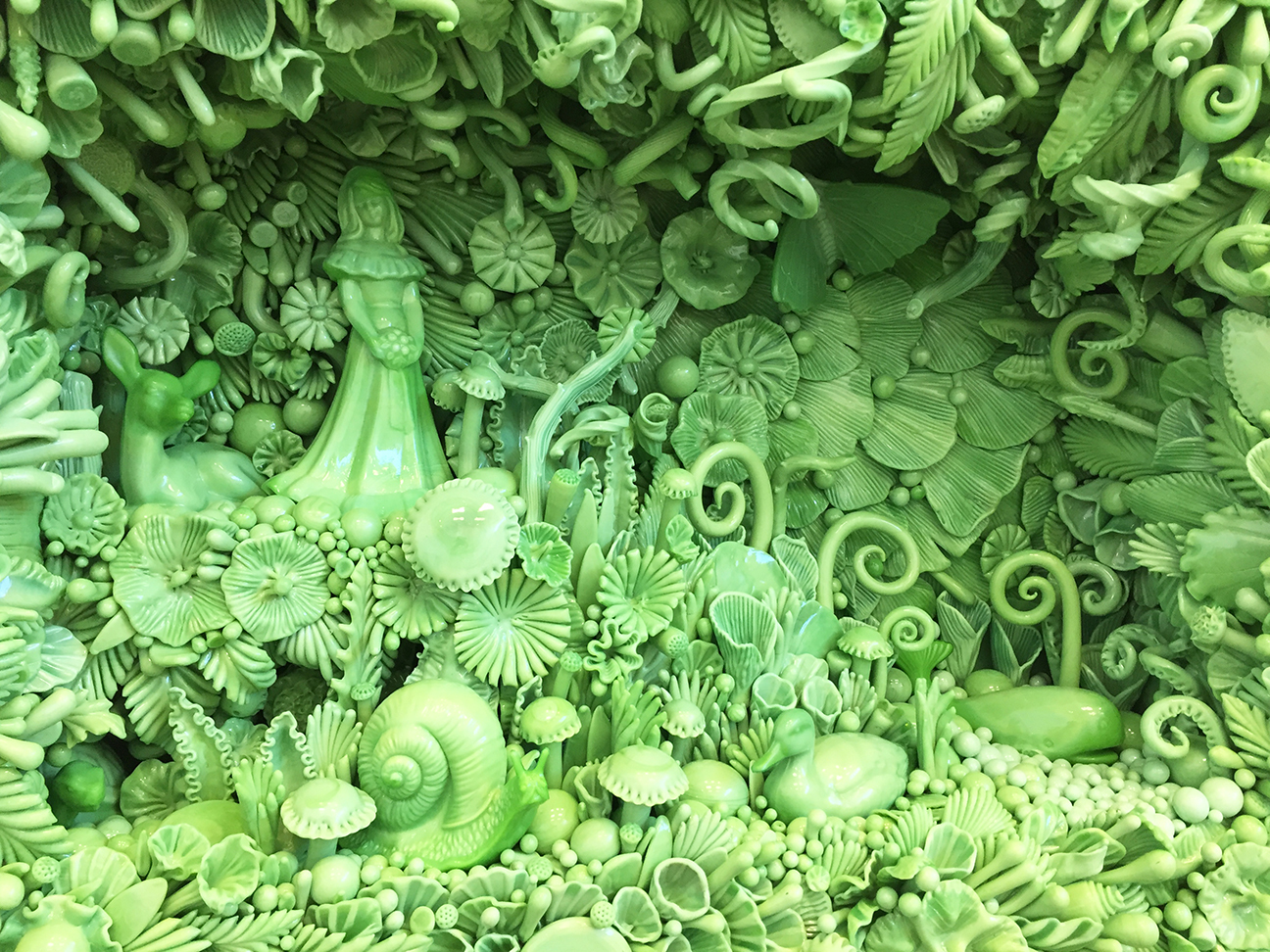 Amber Cowan likes to “hang out” with her figures before she assembles them. She likes to take her time and get to know the bits of cullet and used milk glass that she finds in old factory yards, thrift stores, flea markets, or is gifted by friends and strangers alike before she intuitively incorporates them into her dense floral wall pieces, or flameworks them into something else entirely before placing them. However, her current show at the Fuller Craft Museum on view through October 8, 2017, is somewhat of a departure from the monochrome, recycled assemblages with which she has made her name. Also included are a few large-scale installation pieces, still made from recycled milk glass, but involving fewer tiny details. Cowan said in a phone interview that these installations “gave me an immediacy to the material, and all the things that related to my other work, but in a more kind of quick and fun sense that wasn’t this laborious process.”

All of Cowan’s materials either used to be something else or were supposed to be something else. She began using recycled milk glass as a graduate student at Tyler School of Art. “At the beginning, it was a matter of material choice as far as that was kind of what was available and what was free and in abundance,” she said. “I was basically running out of money, and I found behind the furnaces at Tyler one day a barrel of pink glass. It was a gorgeous color, and it was just there for the taking. But when I dumped out the barrel, it was all broken Easter candy dishes with rabbit and chicken lids.” 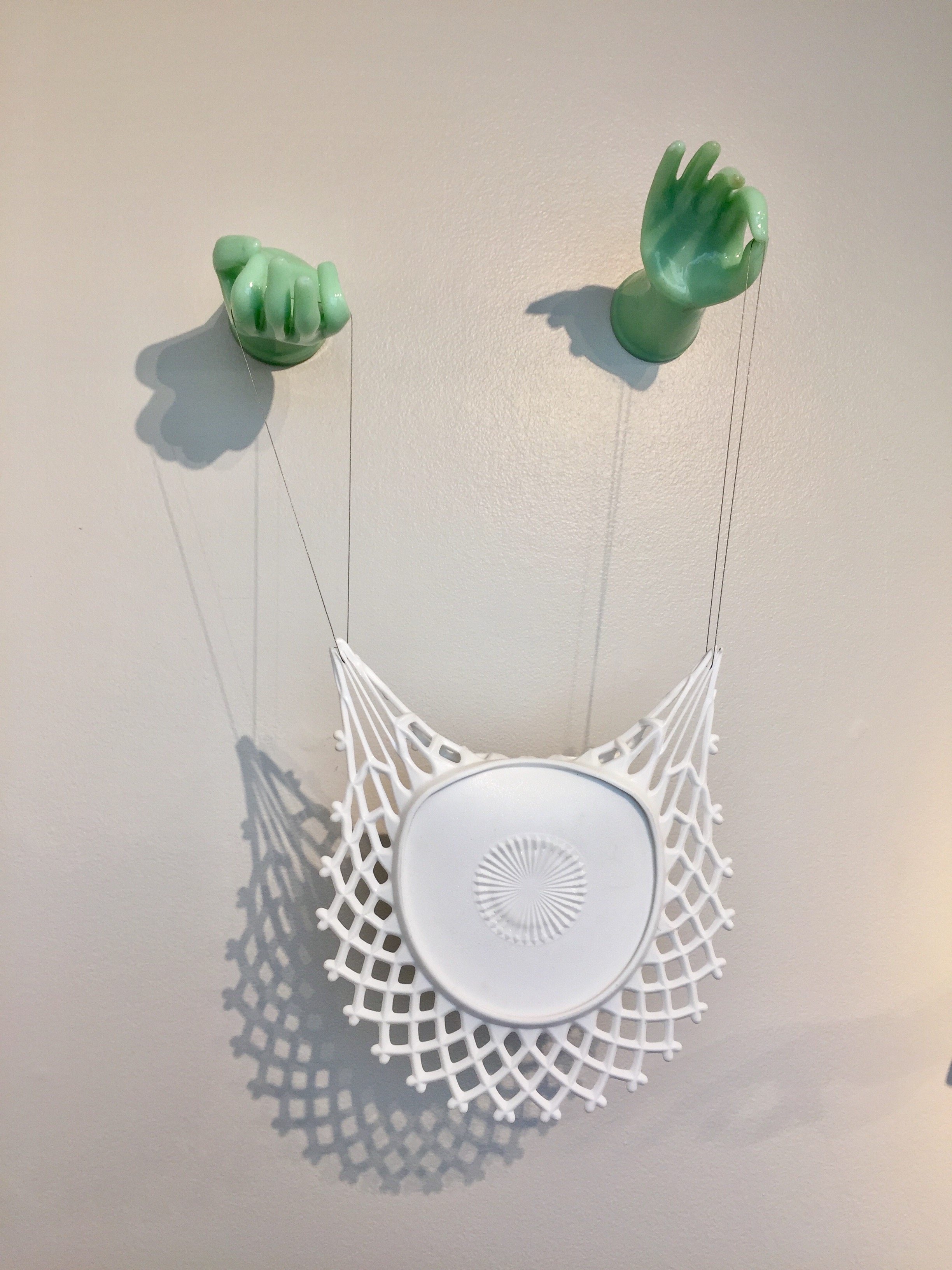 Thus began Cowan’s great scavenger hunt: through factories no longer in operation, through flea markets and thrift stores, through memory and history, for pieces that were either loved and forgotten or never came to be. “Everything in the show is made from reused, upcycled, pressed glass,” she said. “It’s kind of funny because the last couple years, when people start hearing about my work, I end up getting packages from people I’ve never met, of glass,” which eventually become the shapes and forms Cowan has thought of and created over the years.

The only piece in the show untouched by flame is “Collection for Delbert,” a collection of cullet crystals of unusual shapes and colors that Cowan found in the barrels of cullet outside of these factories, named for Delbert Phillips, a man who would help Cowan pick through its piles until he passed away recently.

Often, Cowan will leave some hint as to what the original form was: a bit of teacup, or the edge of a plate. While many people are happy to give her their unwanted or broken milk glass, others see what she is doing as harmful to its legacy. “I do get some comments sometimes about, you know, ‘I don’t want to give this to you because you’ll ruin it, or you’ll break it,’ but I feel like if someone gives me a special piece, I will contain definitely some of that original form in it so you can see it. I’ll always tell the story with the piece,” she said.