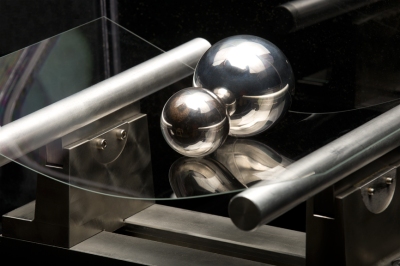 Since its introduction in 2007, Corning Gorilla Glass has become the most ubiquitous cover glass in the world.

If you own a smart phone or tablet, chances are you’re touching Corning Gorilla Glass every time you use it. On Jan. 9, four years after marketing the damage-resistant material, Corning unveiled Gorilla Glass 2, a thinner version of the company’s highly scratch-resistant and durable Gorilla Glass. The new iteration of this product is currently on view at the company’s both at the Consumer Electronics Show, which continues in Las Vegas through Jan 13. The glass is slated to appear in a range of smart phones, tablets, and laptops this year, adding to the more than 600 million devices that include its predecessor, reported The New York Times in an article by Brian X. Chen on the Gadgetwise blog.

Gorilla Glass 2 is billed as 20 percent thinner than the first generation material, which Corning claims will broaden the design possibilities for future smart phones and other devices. Other potential benefits include increasingly slimmer designs, brighter images, and enhanced touch sensitivity. It is widely known that Corning supplies glass for Apple’s iPhones, but the company has repeatedly declined to comment, as they did when Times reporter Chen asked about the future of this relationship. A Corning business director quoted in the article declined to answer the iPhone question, citing confidentiality agreements.

In a prepared statement by the company, James R. Steiner, senior vice president and general manager of Corning Specialty Materials, refers to the material as an “elegant design solution.” “We knew Corning Gorilla Glass could get even better,” he says in a prepared statement. “So, in response to our customers’ drive toward thinner form factors, we designed this new glass to enable meaningful reduction in thickness.”