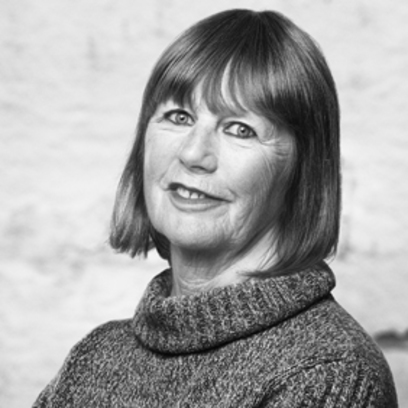 Prominent Swedish artist and designer Ulrica Hydman Vallien, whose dramatic painted glass designs of intertwined snakes and floral imagery, as well as expressive animal and human faces, became synonymous with the identity of the Kosta-Boda glass company for the past four decades, died suddenly just days before her 80th birthday, which would have been this coming Saturday. The news broke via her husband Bertil Vallien's brief but poignant Facebook posting yesterday: "My beloved ulricas warm heart stopped beating Tonight. An incomprehensible loss. Bertil"

"Desire, energy, passion – I can love and hate all at the same time," Hydman-Vallien said in a quote on her Kosta Boda's artist page. "I’m both argumentative and totally committed. With glass, everything is possible. It’s immediate, intense, demanding; never is it just plain old glass. I use it to paint on and tell tales. I have no rules, and I allow my instinctive feelings to take me wherever they want."

Her husband Bertil Vallien told the Stockholm newspaper Barometer that she died suddenly of a massive heart attack, adding that they had just talked about a lecture when she fell in his arms and died immediately.

Born in 1938 in Stockholm, Sweden, Ulrica Hydman spent four years at Konstfack University of Art, Crafts and Design, the nation's premier art school. A painter and ceramic artist, she had been employed by Kosta Boda since 1972, but in recent years had gone to a freelance arrangement with the company, where her designs are among the most popular. Work adorned with her unique style of painting on glass can be found in homes throughout Sweden and other Scandinavian countries. Like her husband, Bertil Vallien, she was a frequent traveler and began teaching at Pilchuck Glass School in 1981, returning regularly until she cut back on her travels about seven years ago. She also frequently appeared as a visiting teacher at Bildwerk Frauneau.

"We are as shocked and sad as everybody, it was unexpected," Magnus Andersson, ceo of Orrefors Kosta Boda told the Alftonbladet newspaper in Sweden. "She introduced a whole new technique of painting on glass, which many saw as simple, but she managed to put this painting in a perspective that allowed this type of stained glass to be accepted, even in the finer circles."