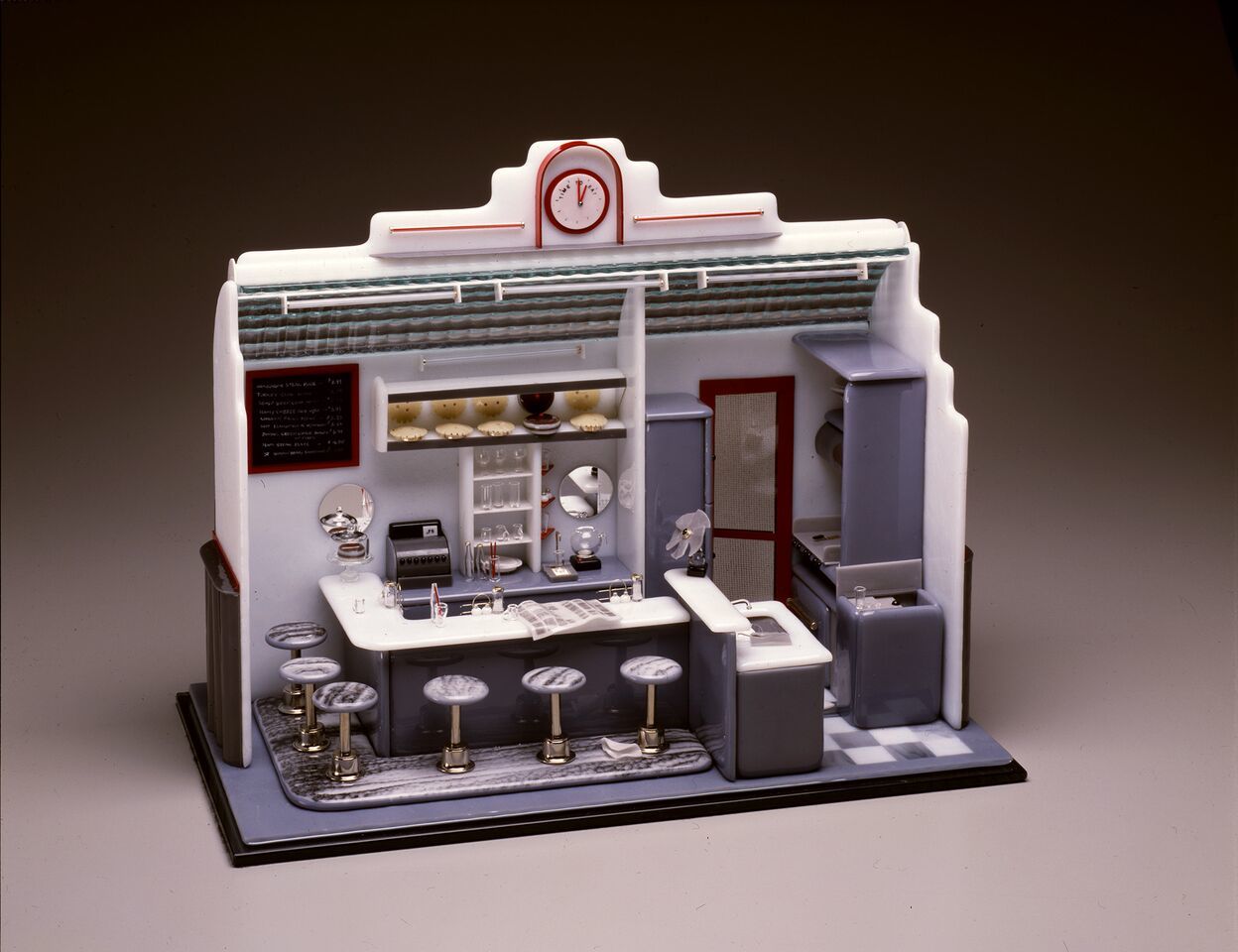 When Harvey Littleton held the first of his historic glass workshops at the Toledo Museum of Art in 1962, there were nine male participants, and only four female. Littleton would go on to start the first academic program in glass art and be heralded as the father of Studio Glass, while participant Norm Schulman would go on to found RISD's glass department. Much less recognition would go to the female participants in the workshop. Much has been written about the quest of 20th-century female artists to achieve equal recognition, but an exhibition now on view at the Toledo Museum of Art celebrates the impact and accomplishments of women glass artists since the early days of this once male-dominated field. An exhibition entitled "Fired Up: Contemporary Glass by Women Artists," which was shown at the Mint Museum in North Carolina, opened at the site of the 1962 Toledo Workshops, where it will remain on view through March 18, 2018.

The exhibit was co-curated by former TMA Senior Curator of Decorative Arts and Glass (currently the director of Barry Art Museum) Jutta Page and Mint Museum Senior Curator of Craft, Design and Fashion Annie Carlano. Featuring over 50 objects representative of some of the most remarkable women glass artists, the works are drawn from the TMA's significant glass collection with loans from private collections.The contrast between the ephemeral elegance of Karen LaMonte's life-size dress and the detailed intricacy of Emily Brock's miniature model of a diner demonstrates the vast range of what women artists have created in glass, breaking new ground conceptually and technically.

“The illustrious achievement of women in glass can be more fully understood through this comprehensive and visually compelling exhibition,” said the Toledo Museum's director Brian Kennedy in a prepared statement. Halona Norton-Westbrook, the director of collections at TMA, said in a prepared statement: “We have had very positive feedback from our visitors, many of whom are excited by the rare opportunity to see a comprehensive survey of the work of women glass artists spanning the past six decades.”

In an email exchange, the GLASS Quarterly Hot Sheet asked Norton-Westbook and Page to elaborate on the development of the exhibit.

GLASS Quarterly Hot Sheet: Who initiated this exhibit?
Jutta Page: My colleague and friend Annie Carlano, Senior Curator of Craft, Design, and Fashion at the Mint Museum, and I participated in the AIDA 2015 program in Israel together. Annie mentioned during this trip that an exhibition on contemporary glass planned for their fall 2016 schedule had fallen through. That year, the Mint’s donor support group The Founder’s Circle Ltd. celebrated its 80th anniversary, a group that was particularly interested in contemporary glass. This gap in the exhibition schedule was not easy to fill, especially on such short notice. I suggested we create a show from the extensive collection of works in TMA’s collection, which largely had not been exhibited outside of Toledo and was therefore new to the public in Charlotte. The focus of the show materialized very quickly: 2016 was the Year of the Woman and the Mint Museum had already committed to the traveling exhibition ‘Women of Abstract Expressionism,’ created by the Denver Art Museum for the same time slot. The tie-in of an exhibition focusing on women working in the medium of glass since the mid-20th century seemed perfect.

GLASS Quarterly Hot Sheet: Were the artworks chosen through any specific process? What was the thought process while selecting pieces/are they meant to interconnect?
Jutta Page: Once a topical lens like this is placed on a museum collection that is deemed to be comprehensive, numerical inequities and gaps inevitably become apparent. TMA had featured an exhibition on glass objects from private collections earlier that year in celebration of the Glass Pavilion’s 10th anniversary, and many of the works included became promised gifts by the end of the show. This allowed us to draw from a larger pool of works that added more current work by some artists already included (such as Ann Wolff), some that were not yet represented (Sibylle Peretti, Nancy Callan, to name just a few) or women artists from an entire continent that was woefully underrepresented (Australia). The themes developed organically, as the concerns manifest in the works revealed themselves with closer study. Positioning some of the works in closer proximity to each other provided opportunity for additional artistic dialogue: one of the more striking examples was Karen LaMonte’s translucent sculpture Dress with Train and Silvia Levenson’s black Strange Little Girl, both addressing transient stages in a woman’s life.

GLASS Quarterly Hot Sheet: Do you believe female artists offer a unique perspective on glass art?
Jutta Page: Since the end of WWII, women have been creators and innovators of artistic expression in glass. Working in a studio environment, however, was not an open environment for women of the pioneering generation. Audrey Handler, the only female student enrolled in Harvey Littleton’s first class at the university of Madison, notes that both teacher and fellow students expected her to take notes and purchase snacks for the class, and that she was also not included in learning about building a furnace and setting up a studio operation. Ironically, her own studio that she created with assistance of her friend and fellow student Fritz Dreisbach, is still in operation today. The show included works by women who have made a life-long commitment to glass as a medium of artistic expression, as well as those who only worked in the medium for a relatively brief time period or chose glass only occasionally for their work. Subjects include the psychological and political aspects of the natural and urban environment, spirituality, family-related issues such as maternity, childhood, and immigration, as well as more formal design concerns expressed in vessels and sculptural objects. Many of the artists included in the show are consummate teachers and role models for generations of students, both female and male.

Halona Norton-Westbrook: One of the impressive aspects of this exhibition is how it shows us the many different ways that female artists have engaged glass since the Studio Glass movement. The contributions that women have made, evidenced in the variety of works on display in this exhibition, remind us that women have been at the front and center of innovative and compelling artistic practice within the field for the past sixty years. Far from being a footnote, female artists are absolutely central to the story of the evolution of glass in the decades since the Studio Glass movement began. This exhibition is a powerful reminder of that reality.