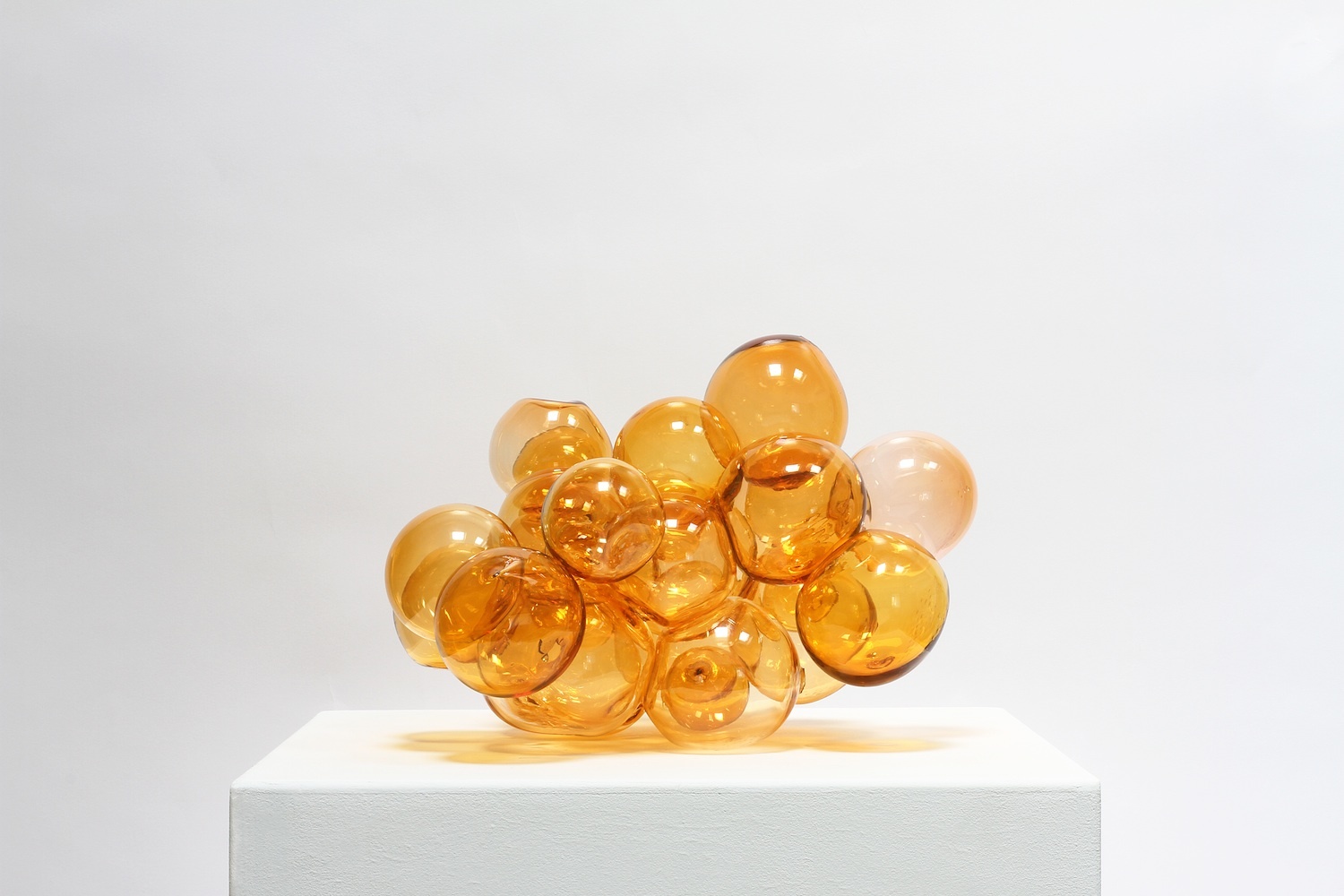 Julius Weiland will be debuting his new work in an exhibition entitled “Decoration and Deformation.” Opening on October 1st at 3 PM, it will remain on view through December 22nd. The show’s location played a role in the creation of the art; it will be held in a former country house built by Mies van der Rohe.

In an email exchange with the Glass Quarterly Hot Sheet, Weiland said the location inspired him to “relate to the former use as a house where people lived and how the interior was designed.” In the past, the artist focused on glass as a material and the process of fusing. Instead of focusing on the tangible material itself, Weiland now likes to “work with concepts and ideas regarding the questions of art versus decoration, the concrete versus the abstract and the dilemma between functional and nonfunctional in art.”

Weiland visualized most of what he wanted for his new collection while in the collaboration with the team during his residency at Berlin Glas e.V. “They helped me produce the elements which I later assembled and fused,” said the artist, “For every work, I made many sketches which I followed rigorously, so the process of development took place mostly on paper. I focused very much on colors, color combinations, and organic shapes.”

In a 2011 interview with the Hot Sheet, he said he had been inspired by street art in his  experimentation with neon and silver, and that the products contributed to his concept of the “unforeseeable” and “idea of nothingness.”

In contrast, Weiland's inspiration for his latest work came more so from “the everyday, nature, and antique vessels.” He’s been practicing printmaking and painting; he may even include the products in the exhibition as well.

The pieces debuting in “Decoration and Deformation” seem to represent a departure from the glass artist's established body of work to date. “The expression and the visual impact is more important to me than the material was in the past,” said Weiland, revealing a newfound connection to his work. Instead of highlighting the unknown, these new pieces are “less abstract, offering more connotations and relations to reality.”