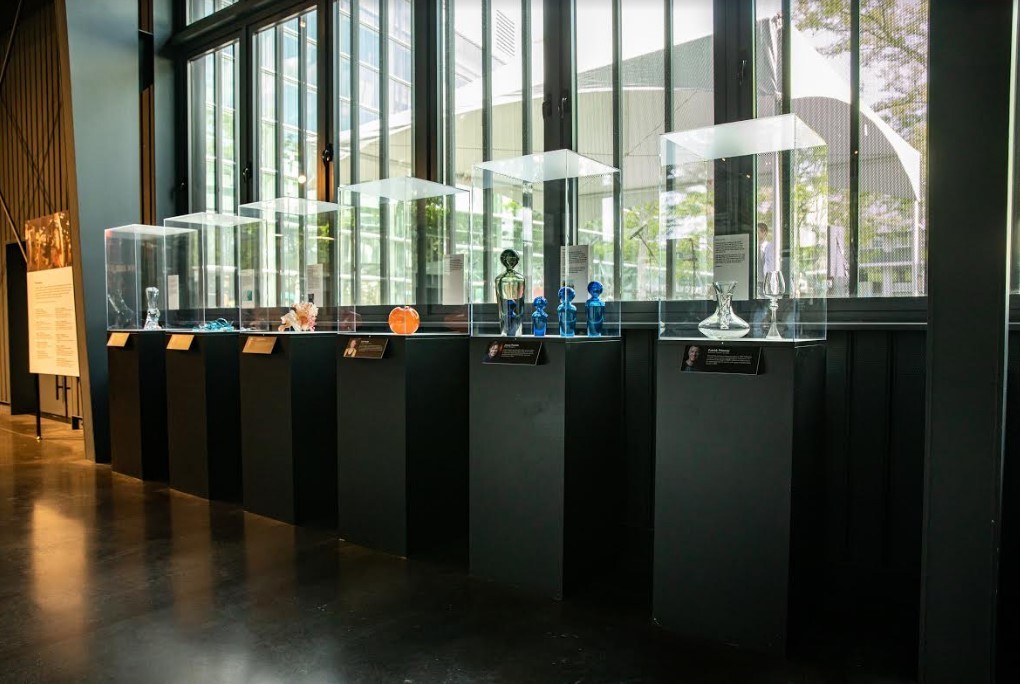 Pieces from Blown Away on display in the museum's amphitheater hot shop. courtesy: corning museum of glass

The Corning Museum of Glass (CMoG) in Corning, New York, has intensified its involvement with Blown Away, an upcoming glass-art reality television program, by displaying pieces made during taping of the show. The exhibit is set up in the museum’s Ampitheater Hot Shop, and not the main exhibition spaces. The reality show, which premiered on Canada’s newly launched Makeful satellite channel in February, is scheduled to debut in the U.S. on Netflix on July 12, 2019. Perhaps sensing the show's potential to introduce new audiences to the beauty of glassblowing, the Corning team, which had joined the production as evaluators and offered hands-on assistance to the glass artists during Blown Away's final rounds, is upping its involvement in the reality television program with the exhibition as well as planned appearances at the museum by the show's as-yet-unreleased victorious contestant. The winner of the competition will visit the museum for two working sessions this summer and a “Blown Away Residency” is planned in October, where the artist will perform demos for museum visitors.

Marblemedia, the Toronto-based production company behind the show, has lent the museum 10 objects, one made by each of the show's contestants. All the pieces were produced during the show’s competitive creative challenges, and the Corning exhibit will include a behind-the-scenes video documenting the museum’s experience working with the show.

While some have voiced concerns over the show’s potential for prioritizing drama over substance, CMoG’s guest expert to the program Eric Meek has told the Glass Quarterly Hot Sheet that he had confidence in the show’s ability to introduce new audiences to the world of glass art in an intelligent and respectful manner.

Come July 12, viewers in the U.S. can stream Season 1 on Netflix to decide for themselves if Blown Away faithfully represents the field.